3 Charms of Sake — As Told by a Wine Sommelier

In today's article, we introduce 3 charms of sake from the viewpoint of a wine sommelier.

The skills that brew sake are high-grade and without parallel (no pun intended) anywhere else in the world.
One of which is the process referred to as Multiple Parallel Fermentation. This is where the two processes, alcohol fermentation, and glucose conversion of starch take place together — in the same tank, at the same time.

To make alcohol you need glucose — the one thing which the raw ingredient [the rice] is lacking.

However, have you ever wondered why rice sometimes taste sweet when chewed in the mouth? Well, that’s because a scientific reaction is taking place where the Amylase enzymes contained in your saliva are breaking down the starch molecules and turning them into sugar.

In sake brewing, it is the Koji, Japan’s national mould that performs this role.

It has been getting more attention over recent years, but in Japan, it has always been an integral part of Japanese culture, even in a time without microscopes.

A sommelier’s job is wide-ranging: quality management and choosing the right wine for the right dishes. In addition to these, there is a role which is not so well-known: serving temperature management.

Most wines are stored in a wine cellar that keeps the temperature around 14 degrees; the correct drinking temperature on the other hand varies by bottle. The question of how best to achieve and maintain the optimum temperature of a customer’s order is one area of expertise that separates the pros from the amateurs.

Normally, we set the temperature somewhere between 5-18℃, taking into account the customer’s preference, the condition of the bottle and the food that it is going to be paired with.

In actual fact, this job exists in the sake world too. In restaurants, it is an important duty of the “Okanban” (LIT: person in charge of warming sake). Additionally, the optimum drinking temperature of sake is between 5 and 55℃ — hardly comparable with wine. 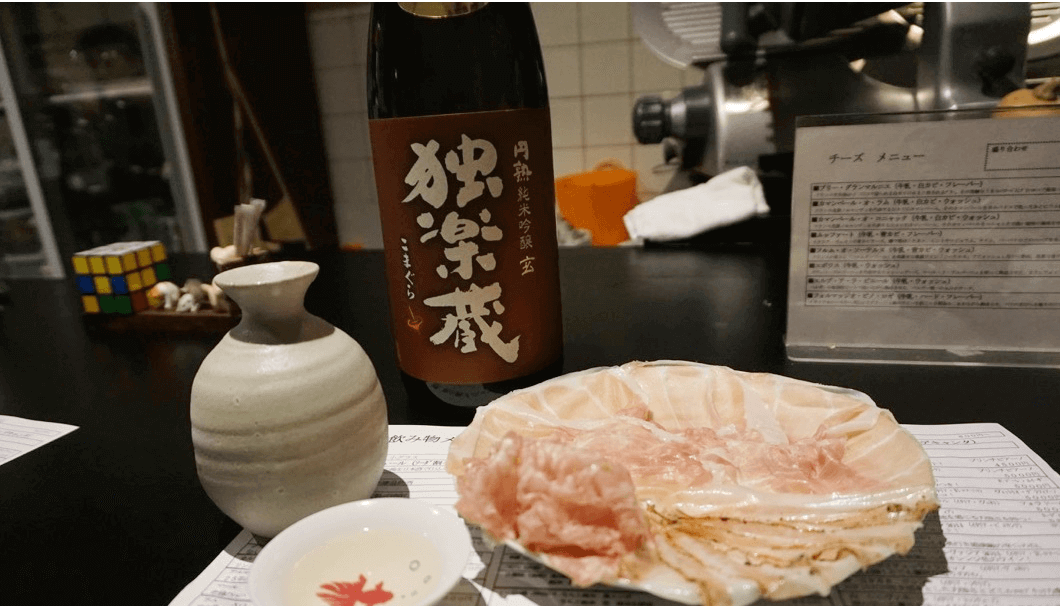 Japanese cuisine is now a World Cultural Heritage. The word on the lips of the world’s chefs and gastronomes is “UMAMI”.

Umami is a unique flavour in Japanese food culture. Because a suitable translation has yet to be found, it is often just used as it is: “UMAMI”. It is so hot right now that it is attracting French chefs and sommeliers from some of France’s 3 Michelin star restaurants to come to Japan to study.

Furthermore, UMAMI is the biggest selling point of sake.

While sake does of course have many other charms, it is these 3 that should never be forgotten.

HOME > 3 Charms of Sake — As Told by a Wine Sommelier