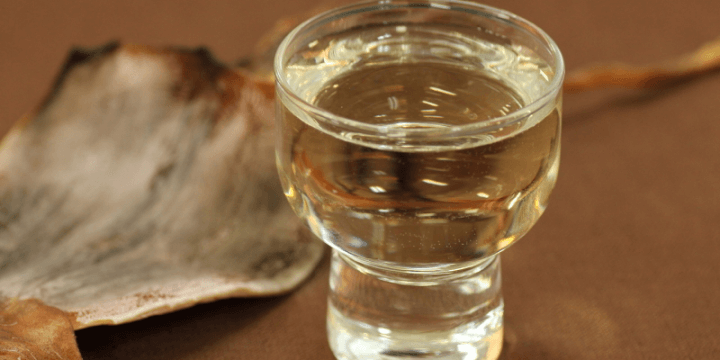 To dilute sake or not to dilute, that is the question

In this article we look at how and why sake is diluted with water after its completion as well as the joys of both diluted and undiluted sake. Finally, we will answer the question: is it better to dilute before drinking or not to dilute and what methods are there to do so?

In general all sake is diluted with water at the end of production, although there are notable exceptions but we will get to that in a moment. At the end of the fermentation or Moromi in Japanese, sake will have an alcohol content of around 20%. In its undiluted form, sake is referred to as Genshu. (It is worth noting that sake can be fermented to have a lower alcohol content, something which we will cover in a little more detail later on in this article.

Techie note: It is almost impossible to create a fermented alcohol beverage with an alcohol content higher than 20%. The high alcohol content weakens the yeast — in some cases, killing it off completely — and of course without yeast you can create no more alcohol. Beverages that have a higher alcohol content will almost certainly have been distilled. So, as we were saying, raw sake, Genshu is diluted with water — to adjust the alcohol level to around 15-16%. This stage of the production process is referred to as Kasui in Japanese (LIT: addition of water). The conclusion reached over time is that 15-16% is just the right level for enjoying the subtle flavours of sake. Any higher and those subtle flavours are overwhelmed by the alcohol. Furthermore, it is thought that various past tax laws may well have had something to do with it. (higher alcohol content = higher tax).

Partly as a result of recent changes in tastes, there has been an upsurge in sales of undiluted [Genshu] sake. Genshu offers a much deeper and more powerful flavour with tons more Umami and is closest to the so-called authentically-brewed flavour that is so sought after here.

However, while Genshu might be easy enough to handle for those with a high alcohol tolerance, it tends to be a quick trip to tipsy land for others. But if that happens to be you, you can always just add water yourself before drinking. Now, you might think that doing so would create the same taste as diluted sake, but you would be wrong.

2. ‘Water added before drinking’ vs ‘added at the brewery’. The difference

In the brewery, time is given for the water and alcohol to form a bond. The addition of water prior to drinking does not afford sake the same courtesy.

Allow us to simplify things a little using the example of red beans called Anko (a popular delicacy in Japan). Sake made via the Kasui process is “Koshian” (red bean paste [photo left]), whereas sake diluted right before drinking is “Tsubuan” (beans in liquid [photo right]).

Just like the red beans, the two types of sake have a completely different texture and flavour.

Although it is said that 15-16% alcohol is just right for drinking sake, a lower level closer to that of wine, say: 12%, makes for a more leisurely tipple.

Some brewers have come up with another answer: low-alcohol Genshu. It offers all the joys of low alcohol sake but without the watering down of the flavours — which is inevitable of course if you add water — something that most brewers want to avoid if possible. That is not to say that watering down the flavours is always bad; sometimes water can help achieve a better balance and some brewers even use it to calibrate the dryness and sweetness levels. When water is added for flavour adjustment purposes the process is called Oimizu in Japanese and the timing of the addition is slightly different.

3. Diluting your sake with ice!

We are not just talking about sake poured over ice. Floating a few cubes creates the same effects as diluted sake. On the rocks, sake is super cool; the finish and acidity are enhanced. Sake after the ice has started to melt thinning out the alcohol is comparatively more nimble.

If a spritzier, more refreshing taste is more your bag, we recommend adding soda.

Too much water causes the flavour to dote but finding the right balance is all part of the fun.

There is nothing wrong with just enjoying sake as is, but adjusting it more to your liking with a drop or two of water or a few cubes of ice only adds to the experience. How ever you enjoy it is up to you, but we urge you to give all of the methods described in this article at least a try — otherwise you may never know what you are missing out on.

HOME > To dilute sake or not to dilute, that is the question