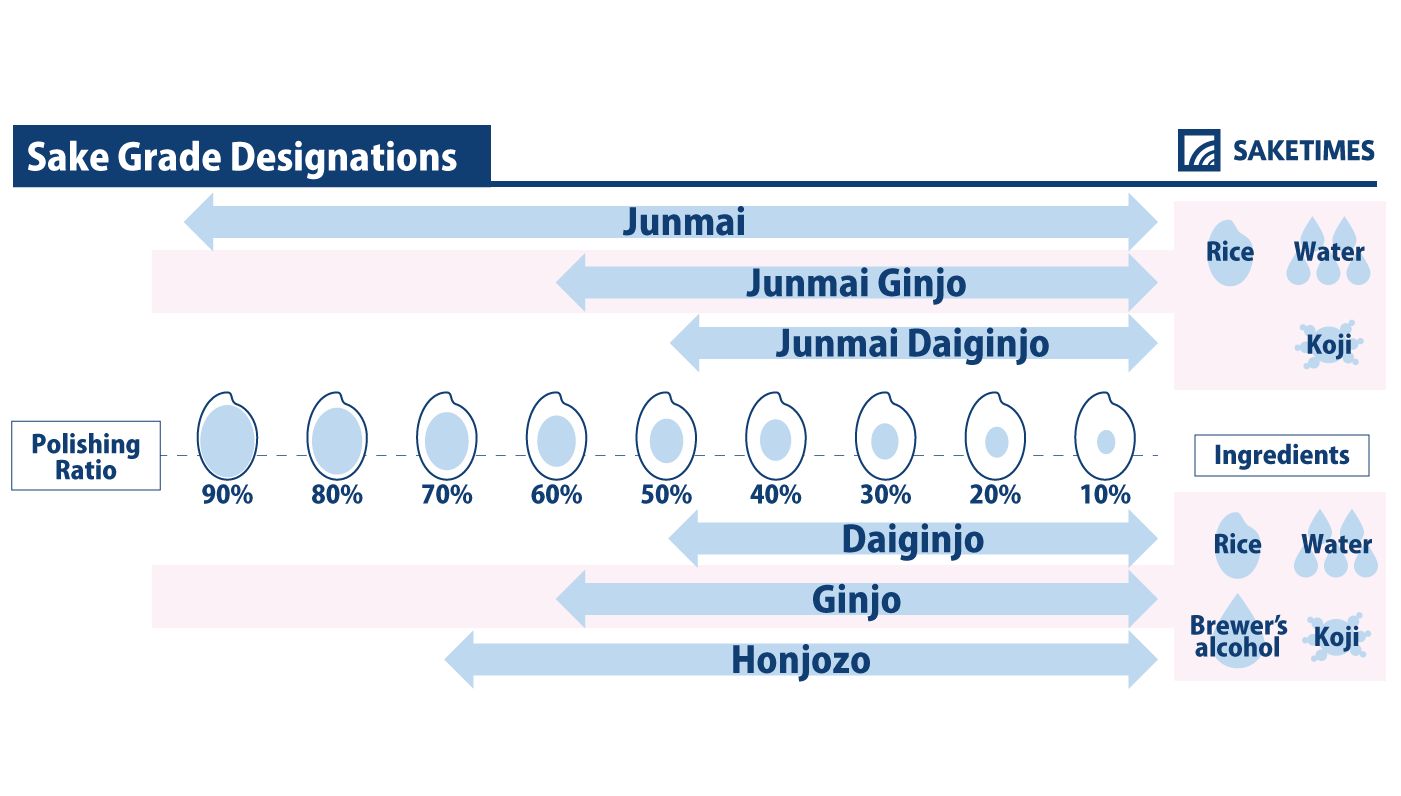 What is ginjo sake?

1. Well-polished
Ginjo refers to sake that is made from rice at a polishing ratio below 60% (i.e. more than 40% of the rice grain has been milled away) and brewed over an extended period of time at low temperature. This leads to the fruity and/or floral esters often associated with the style. Aside from the rice polishing ratio, there is no other strict requirement to qualify as ginjo-grade sake. That freedom has resulted in a fair bit of diversity, particularly in recent years.

3. A Short History
Ginjo-style sake has a fairly short history, with ginjo-like aromas first being noted in the early 1930s. The style first attained consumer awareness and market share in 1975 following the official labeling classification enacted by the Japan Sake & Shochu Makers Association.