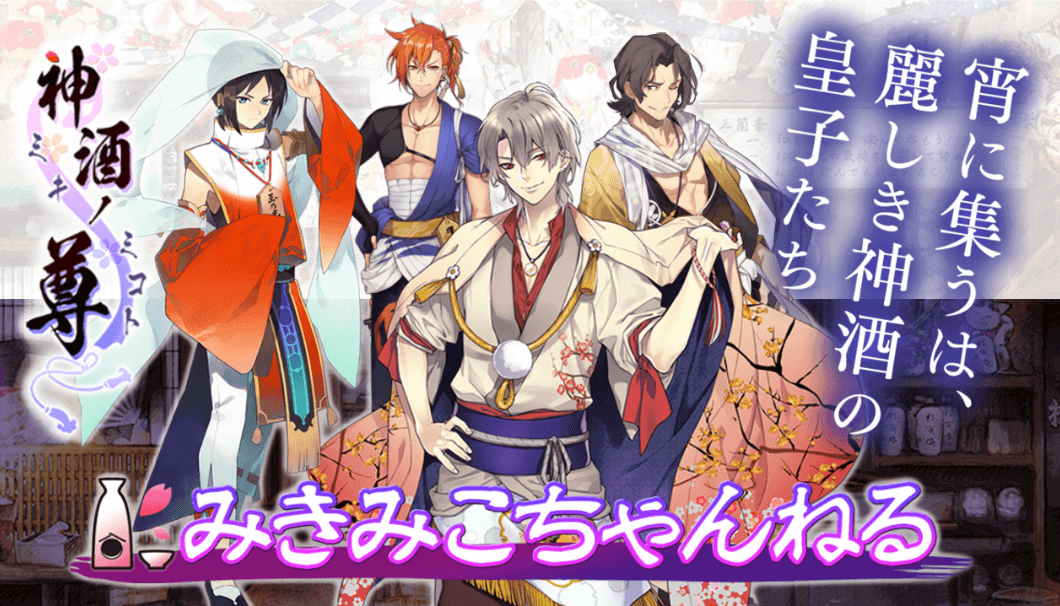 Bandai has created a new line of sake loving ikemen (boyishly handsome) characters for the &Cast universe. The project is an attempt to bring the history of sake to a wider, younger audience of gamers worldwide. Prince Sakusu (Seikashikoko), which features real Japanese sake brands, is a story set on the big shopping street Yayoi Machi (Yayoi Town) and Satsuyanan. Players meet various customers and visit shops such as Kamishama and Ayakashi. The goal is to deepen the bonds with your colleagues in the game and learn the real meaning of hospitality.

It’s just the latest in an increasing number of out-of-the-box collaborations from sake and media brands.

Scottish actress, Karen Gillan, star of blockbuster film “Jumanji: Welcome to Jungle” and last year’s “Guardians of Galaxy Remix” says she modeled her performance on the late Robin Williams, star of the original “Jumanji,” which premiered when she was only 12 years old.

“This movie had a huge influence on me as a child and I always attempted to model his work in my own. It really feels a bit like fate to have the opportunity to play this role,” said Gillan.

The actress let slip another revelation during her first visit to Japan, a country she says was at the top of her list to visit.

“I’m from Scotland, but sake is a huge favorite of mine. I like it even more than Scotch,” she laughed.

We’d like to applaud Ms. Gillan for both her bravery and good taste.

Kameyama Corporation, which produces candles and ceremonial incense sticks, will collaborate with Ozeki Corporation to release an incense featuring “One Cup Ozeki.”

Incense sticks that feature One Cup Ozeki may seem an odd pairing to those outside of Japan, but sake and incense have a long history of being used for purification and blessing for the deceased.

Kameyama Corp. said it hopes to give the public what they wanted for remembering their loved ones — and many people love One Cup Ozeki sake.

Purifying yourself with sake every day may not help you in the afterlife, but you’ll definitely be a lot happier during your time here on earth.

The One Cup Ozeki sake incense goes on sale this April.

“One cup” is a registered trademark of Ozeki Corporation.