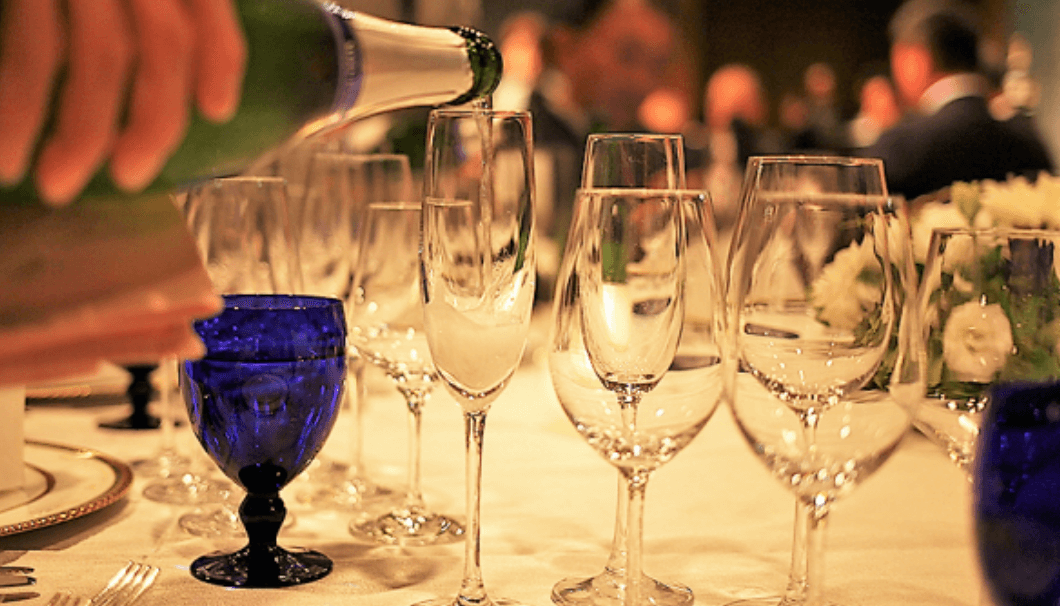 Sake brands are pushing boundaries, exploring new techniques and leading a vibrant category into the future. Here’s how to enjoy sparkling sake.

Sparkling sake is the perfect beverage for any occasion. The variety of styles and flavors available make it outstanding for picnics, birthdays and blind tastings. With both style and substance to spare, sparkling sake brings impressive flavors and enough class to wow sake and wine connoisseurs equally. But it wasn’t always this way.

As a drink category, sparkling sake has logged steady growth since emerging in the 1990s. Hopeful brewers originally introduced it in an attempt to recapture audiences who’d moved on to other beverages. Initially, it featured a sweeter profile with a lower alcohol content to attract a wide audience. Nowadays, numerous variations exist, many with quality to rival the most famed bubbly of other genres.

One of the first brands of sparkling sake that still exists today is Suzune by Ichinokura from Miyagi Prefecture. Ichinokura introduced this brew to the sake scene in 1998 — and it’s still one of the most applauded sparkling sake brands in Japan. It’s made in an off-dry style with refreshing acidity, inspired by Belgian beer production and the region of Champagne.

Then, in 2011, Takara introduced Mio, a game-changing sparkling sake that splashed onto the scene, commanding ravenous demand. The Japan Awasake Association, founded in 2016, would later cement sparkling sake’s reputation once and for all, establishing the category’s legitimacy and eventually gathering 25 member brewers.

Otherwise, brewers bottle-ferment sake in a second fermentation step that produces effervescence. Sake producers bottle the sake after filtering without pasteurization. This method involves further fermentation in the bottle to trap carbon dioxide within.

Kassei nigori, aka ‘live nigori,’ is a type of bottle-fermentation, but these brews are bottled after a very coarse filtration, resulting in live enzymes and yeasts continuing to produce alcohol and sugar within the bottle. This style is most similar to méthode ancestrale common in the wine world.

Even though the sparkling sake category began with fruity, fun styles geared to new drinkers, there’s been significant effort towards making serious sparkling varieties that can rival even the best Champagnes.

While many sparkling sake brands choose to bottle in smaller sizes for consumer convenience, Hakkaisan Sake Brewery located in Minami-Uonuma, Niigata, uses a larger standard bottle (720ml) for their full-bodied Sparkling Nigori. This brew is breaking barriers with a 15% alcohol content and cloudy, yet effervescent body that’s more attractive to serious connoisseurs. It features a bit of sweetness balanced by a slightly elevated acidity with notes of whipped cream and golden apples.

Chiyomusubi Shuzo from Sakaiminato, Tottori, meanwhile, has created a gorgeous brand called ‘Sorah,’ made in the bottle-fermented style. In this case, they’ve removed the sake lees, resulting in a transparent brew. The alcohol content is 12% and features a brut-like sweetness resembling a European sparkling wine. Flavorful aromas of green apple, dragon fruit and a touch of minerality prove this is a sparkler with personality. Sorah’s colorful branding and locally-sourced rice and water additionally bring a sense of terroir to the product.

Elsewhere, Dewazakura Sake Brewery from Yamagata is no stranger to International Wine Challenge awards, winning several across a number of years. In 2017, their Tobiroku received the highest available honor as trophy winner of the entire sparkling sake category. This svelte bubbly is dry and all about texture. Crisp and chiseled, it boasts delicate aromas of crème fraîche and unripe orchard fruit. It’s easy to believe that this is a refined sparkling wine, but the soft clouds of kasu byproduct reveal undeniable rice-based origins.

The likes of Poochi Poochi, a sake brand with its own adorable mascot, by Suehiro Sake Brewery in Aizu, Fukushima, and Hana Hou Hou Shu, housed in a colorful bottle, by Marumoto Sake Brewery, from Asakuchi, Okayama, bring their own unique styles and local character to the arena, further pushing the envelope in the increasingly crowded and sophisticated sparkling sake space.

Whatever the occasion, there’s always a reason to crack open a bottle of bubbles. Alone or with friends, sparkling sake promises good times ahead. As for glassware, flutes are always the best bet for enhancing rising bubbles and creating an air of elegance. If the drinker is more concerned with enjoying aromas on the nose, a standard wine glass is also acceptable. Always serve chilled, preferably from a bottle straight out of a refrigerator set around 35°F (2°C). An ice bucket works perfectly to keep bottles cold for prolonged festivities.

If a sparkling sake is on the drier side, try pairing it with classic bubbly partners like raw oysters, sashimi and bloomy rind cheeses. Sweeter sake can pair beautifully with ripe melons and strawberries, as well as dainty desserts like pavlova or panna cotta.

Be careful when opening sparkling sake! Many closures are simple screw caps, but some bottles have as much pressure as a standard sparkling wine and lack the traditional caged corks. A few companies even have specific instructions on how to open their special tops to help thwart disaster, so check labels when in doubt.

Sparkling sake has been on an inspiring, innovative journey and has evolved steadily over the past 30 years. Its market share continues to grow, along with the overall sophistication of options available – even as price tags decline. That’s great news for sake enthusiasts and newcomers alike, and a portent to a bright and bubbly future for the sake world’s newest, scrappiest category.