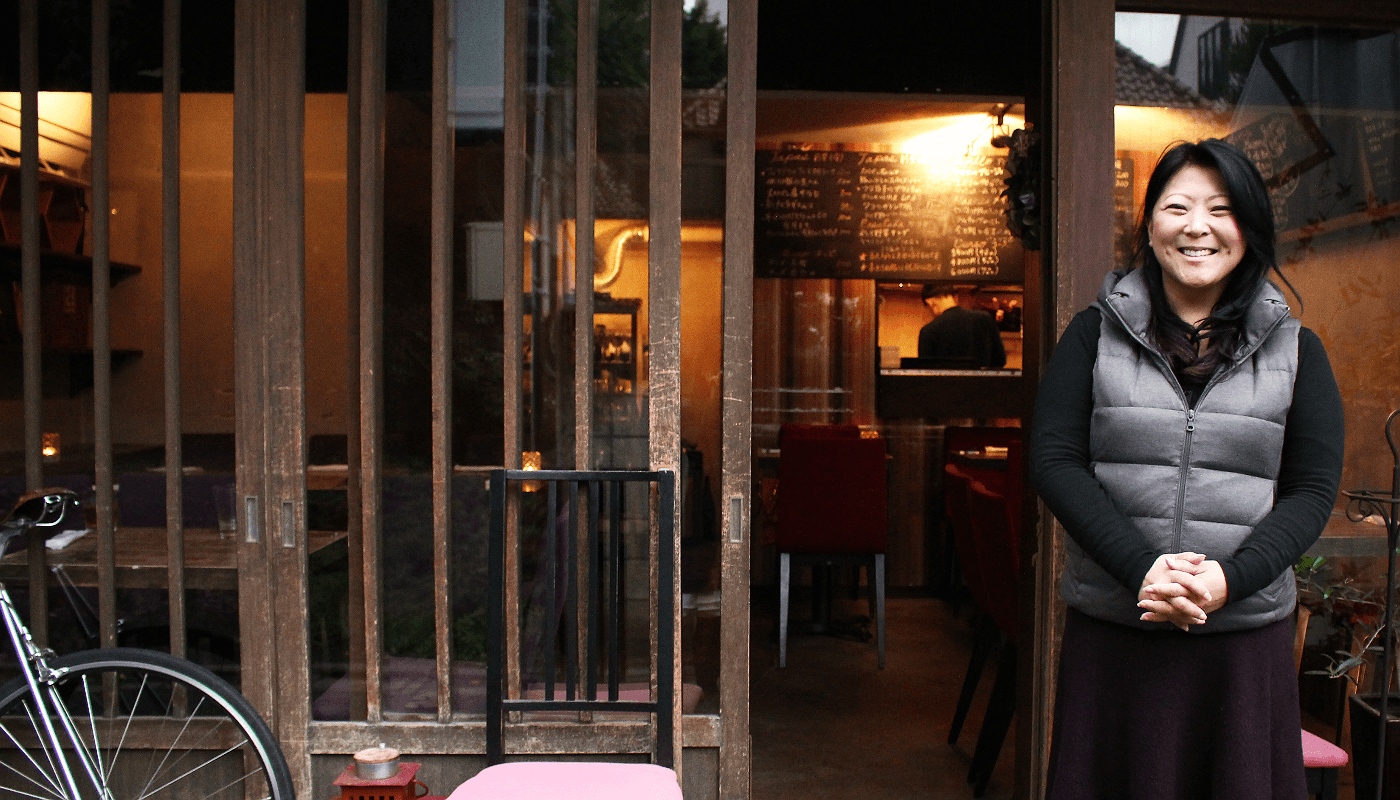 Kiraz: A Spanish-influenced pioneer in the pairing of sake and Western cuisine

"It's not my nature to think of change as change — I’m just doing what I want to do."

Quitting your job to start your own business is still considered a major risk in Japan, but that’s exactly what restaurateur Kana Mamiya did. Despite being born into a traditional family of sake brewers—her family owns the Miyoshigiku Sake Brewery in Tokushima—Mamiya never had designs on joining the family business. She’s gone from an office worker moonlighting as an event planner to a successful entrepreneur. Her restaurant, Kiraz, is a Spanish-influenced sake bar located in a hip residential area between Ebisu and Meguro.

Mamiya headed for Tokyo to attend university at 18, leaving her brothers to learn the family business. After graduating she worked for various companies like most university grads in Japan. But in 2003 her brother called, asking her to help market the family sake in Tokyo. She accepted and began quickly expanding the family’s business opportunities. Prior to her involvement, Miyoshigiku sake was handled by local distributors and lacked reach outside of the region where it was made. Thanks to Mamiya’s efforts and acumen, Miyoshigiku became a common sight on store shelves across Tokyo. 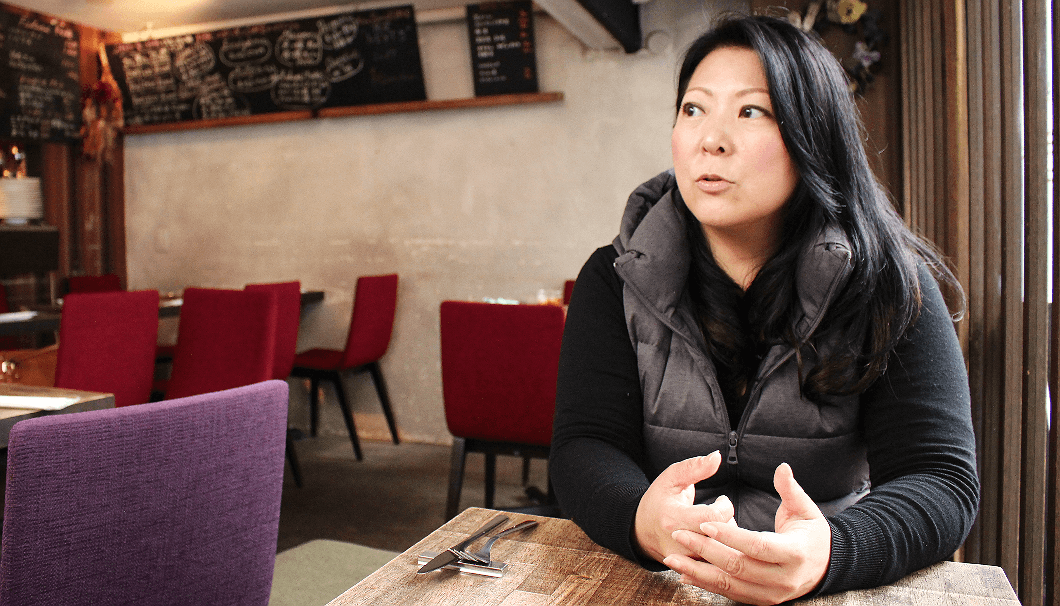 Before receiving her brother’s request, Mamiya had never even tried the family sake. Once she did, she found it exceptional, and came to appreciate that sake was her family’s life work. As her pride and interest grew, she wondered why Japan had lost interest in its native drink—production has declined significantly from its 1973 peak—and wanted to be involved in regenerating interest in sake and Japanese culture both at home, as well as abroad.

Before opening Kiraz, Mamiya made multiple visits to Spain. She had long been interested in Spanish food and culture, finding the attitude toward food there similar to that in Japan. Both countries prioritize local, seasonal ingredients. Live by the sea? Eat seafood. Live in the mountains? Create a cuisine from the plants and animals that live there. While the French tend to ennoble their dishes with rich sauces, the Spanish and Japanese choose to balance a dish using simple ingredients. 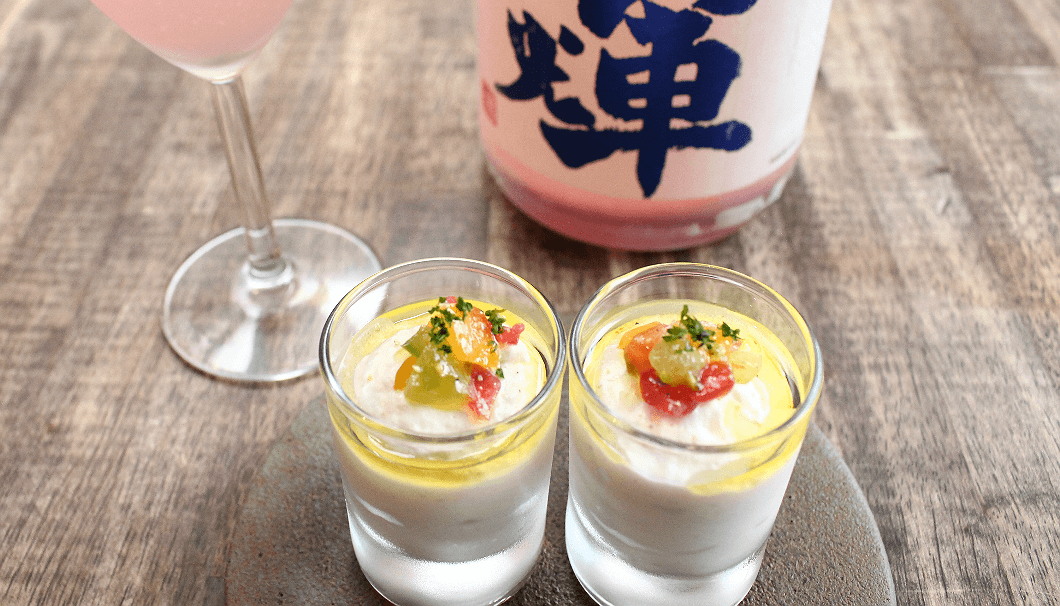 Caption: Mousse made with sweet onions from Nagasaki and topped with diced tomatoes in high-quality Spanish olive oil. The mousse is paired with Ruki sake, from Matsuya Brewery.  Made with a red yeast, this sake has a lovely pale pink color, further emphasized by it’s nigori-style production. It’s sweet-and-sour taste, reminiscent of plums, goes well with the tartness of the tomatoes resting atop the mousse.

In Japanese home cooking, kombu and katsuobushi  have long been used as the base for just about every standard soup stock (dashi) in Japan. The delicious flavor profiles made possible by combining the glutamic acid from the kombu and the inosinic acid inherent in the bonito flakes is often considered the key to unlocking the unique family recipes in households across Japan. The use of tomatoes in Spanish cuisine creates a similar effect, enhancing the umami of a dish. Both cuisines place an emphasis on the evening meal and the hospitality offered to guests.

Mamiya has drawn upon her knowledge of the similarities between these two great culinary traditions to create the menu and atmosphere at Kiraz.

When Mamiya began promoting her family’s sake, she held events where sake was paired with carefully prepared Western dishes. She had no experience working in restaurants; she just enjoyed cooking. She would simply book a restaurant and regularly more than 40 people would show up for her events. Eventually those numbers grew, with the numbers of guests reaching into the triple digits. She knew then that she was on to something.

But at that time, the concept of pairing sake with Western food was not yet widespread in Japan. And although the attendees enjoyed the food and drink, their interest in sake didn’t go any further than that. Realizing that her events were not actually generating the interest in sake that she was aiming for, Mamiya changed her strategy. She quit her job and in July 2010 opened Kiraz, a place where she can connect directly with her customers and promote sake as a truly global beverage.

The menu at Kiraz begins with a passion for finding the most interesting sake and the freshest ingredients in Japan. It’s a dedication revealed in every dish from appetizer to dessert. Mamiya meets directly with the producers of all the ingredients used at Kiraz, allowing her ensure the highest quality and develop a network of producers that she can trust. She searches every region of Japan daily to find the sakes that will pair well with her food. She first considers which sake will pair well with Kiraz’s exisiting menu, but Kiraz also creates dishes to match specific sake as well. Mamiya is always experimenting to keep both herself and her customers inspired. 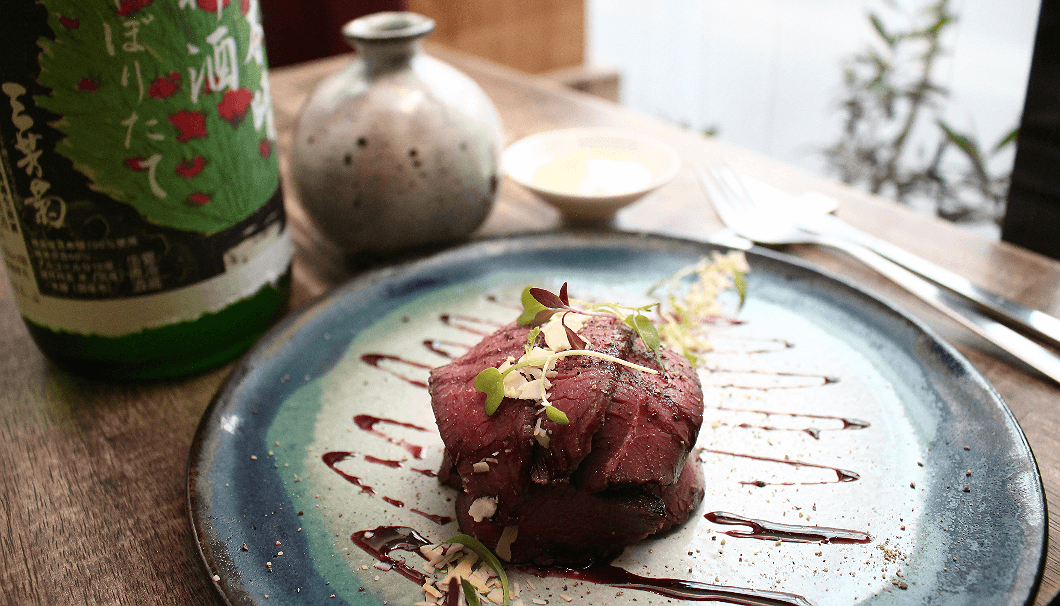 Caption: One of Kiraz’s popular standards, venison roll with cream cheese, strawberries and fig compote. The venison is pickled for a day or two in salt and honey. The flavor of the meat is accented with the sweet and sour taste of the strawberries and figs stuffed into the melting cream cheese. Pairing the venison roll with Nihon-bare, from Mamiya’s family’s Miyoshikiku Brewery, emphasizes the harmony between the tartness of the fruit and the rich flavor of the cream, further bringing out the umami of the meat. Drinking the sake warm melts the cream cheese and the venison into a delicious fusion of flavors.

The customers, the future

Sake is a luxury item. Kiraz strives to find the best sakes with the same expertise sommeliers use to find their wines. As wine lovers discover the regions and varieties they like best, sake drinkers can taste a variety of sake at Kiraz to find their own personal favorite. Mamiya believes that the pleasures of dining can be life-changing and hopes that Kiraz’s customers will enjoy their experience in this unique restaurant.

Mamiya created Kiraz to raise the stature of sake and to show that it goes with non-Japanese food as well – a pioneering concept when she originally set out on her mission. To that end, she is working with regional sake producers, helping them to expand their reach and notoriety abroad in much in the same way she did her own family’s sake when she first began. Ultimately, she is looking forward to a time when sake and wine are held in equal standing. 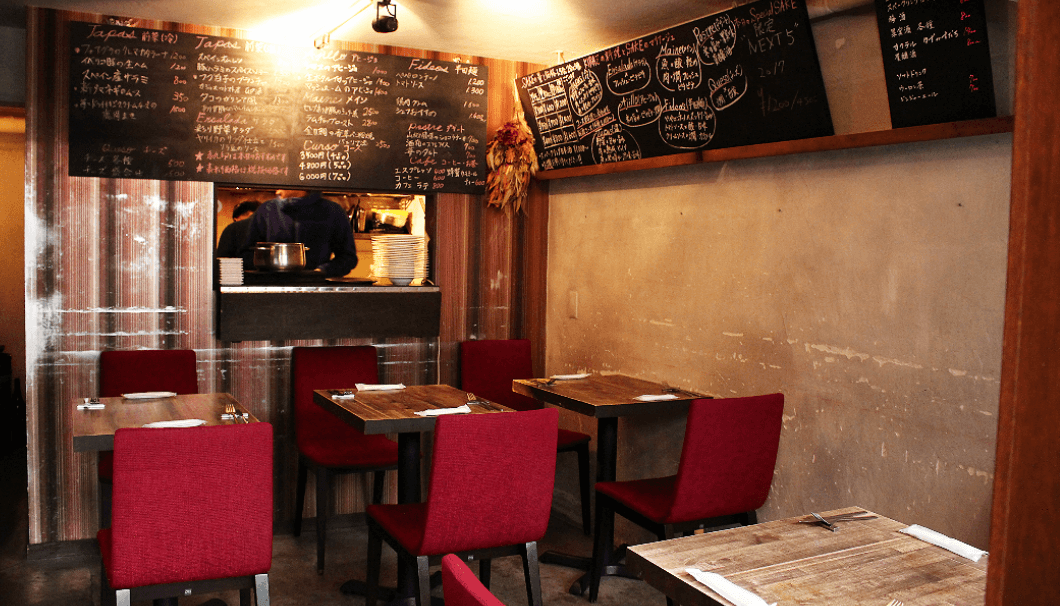 HOME > Kiraz: A Spanish-influenced pioneer in the pairing of sake and Western cuisine