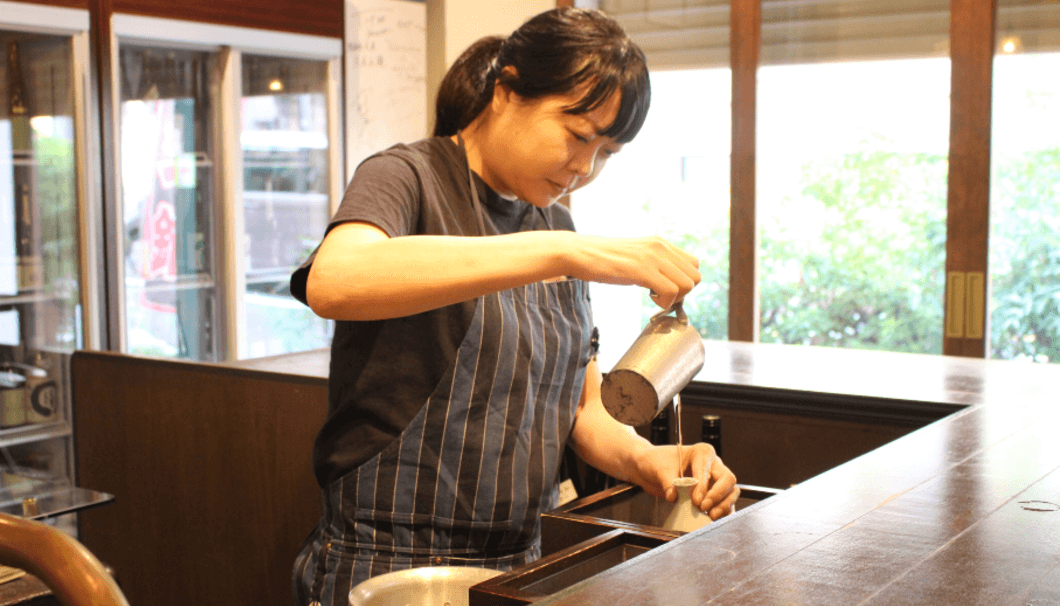 GEM by moto: Sake Needs to Be Communicated, Not Just Poured

We talk to Marie Chiba at her bar in Ebisu, where she delights patrons with unique sake and food pairings.

Marie Chiba has been in the sake business for 14 years, opening GEM by moto in 2015. She grew up with plentiful access to rice due to her grandfather being a farmer. Years later, upon her first encounter with sake at university, Chiba says she couldn’t believe that rice could produce such a fruity flavor.

During her own subsequent sake journey, she explored new concepts and introduced fresh ideas around the beverage, gaining trust as an opinion leader and recently receiving the title of Sake Samurai.

From the outside, GEM by moto could easily be mistaken for one of the trendy wine bars that populate the streets of Ebisu, Tokyo. The steady clientele of both Japanese and foreign patrons, though, know exactly what this watering hole is really about: exquisite pairings of sake and food.

Sake Is a Treasure

The first thing that becomes clear when Chiba starts talking is that she doesn’t think of sake as a simple beverage to be served. To her, sake is a treasure, she tells SAKETIMES. This is the meaning behind the “GEM” in GEM by moto. “Not in the sense of an expensive piece of jewelry,” Chiba explains, more like a diamond in the rough, or “a precious child” in her words. 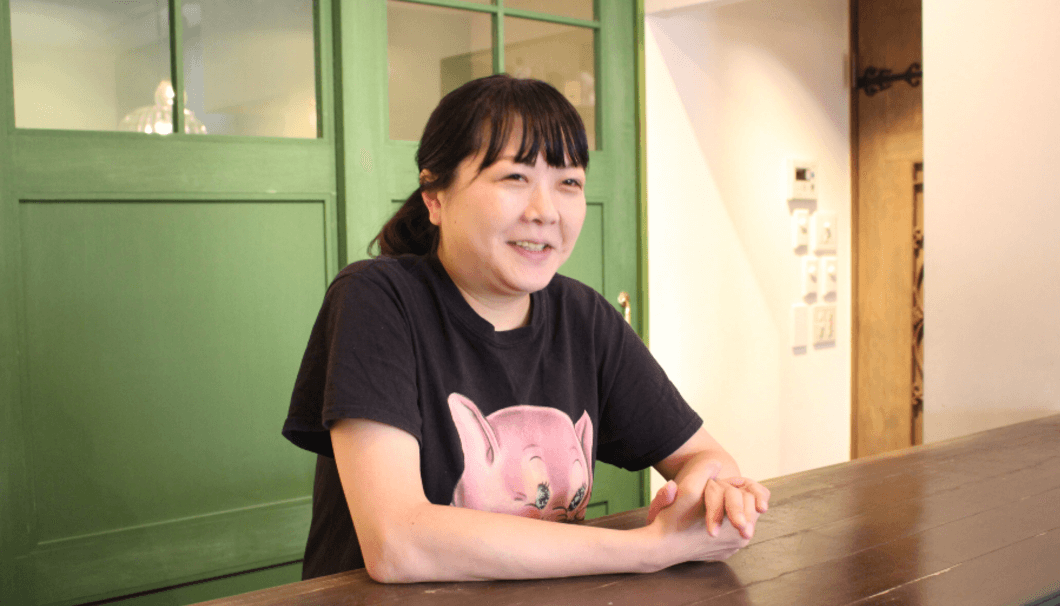 The “moto” in the name, on the other hand, refers to the yeast starter in sake making, called moto or shubo in Japanese – one of the key steps of sake brewing.

A Different Way of Pairing

There’s a common saying in Japan that sake pairs well with everything. Chiba was quick to realize that this preconception isn’t giving sake much of a chance to shine, so she went for a different approach. At GEM by moto, food is crafted to accompany a specific sake, and sake is carefully chosen to complement a specific dish.

The best way to experience this is to try GEM by moto’s signature dish, the blue cheese ham cutlet. Chiba serves it with a glass of doburoku, a dense, unrefined sake. Interestingly, the cutlet is lacking the rich sauce that usually tops this popular sandwich dish. In a classic wine and food pairing you would drink after you swallow the food, but Chiba instructs us to take a sip of sake while we’re still chewing. As soon as the creamy liquid starts blending with the cutlet, the intention is clear; Chiba chooses the ingredients for this offering deliberately leaving an empty space that she fills with doburoku. The two items blend into one perfect dish. 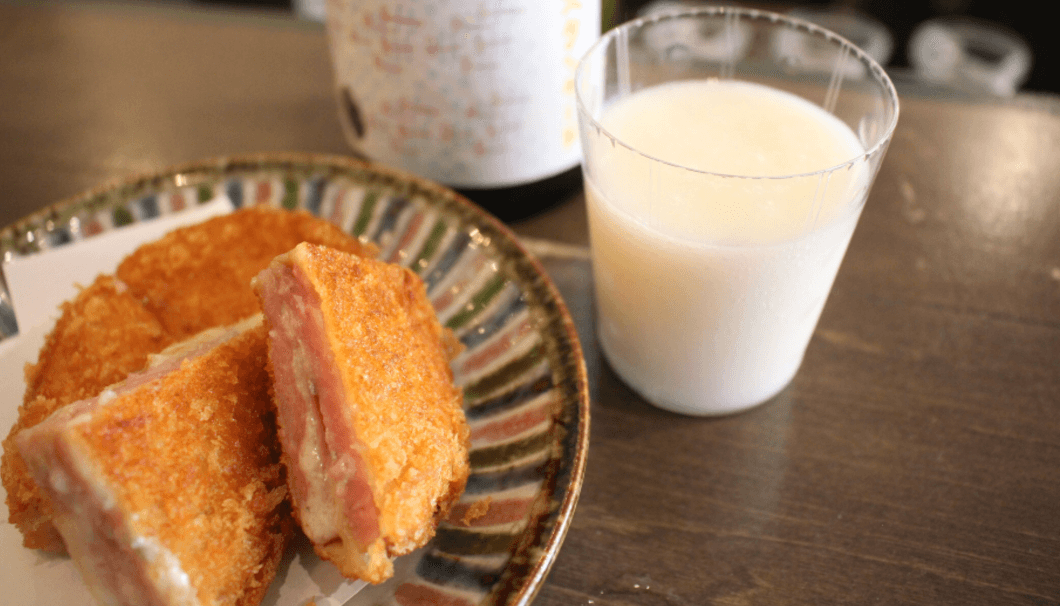 While chatting with Chiba, the sampling continues. This time she produces a plate of roasted mackerel sushi. The rice is replaced with soft okara (soy pulp that’s left over after soybeans are pressed to make soy milk). The somewhat fluffy texture is well balanced by little pieces of crunchy shallot and tenkasu (bits of tempura batter). The final result is delicious, yet slightly dry, until we take a sip of the 3-year aged nama–zake that Chiba pours for us. Again, sake and food meld into one harmonious dish. 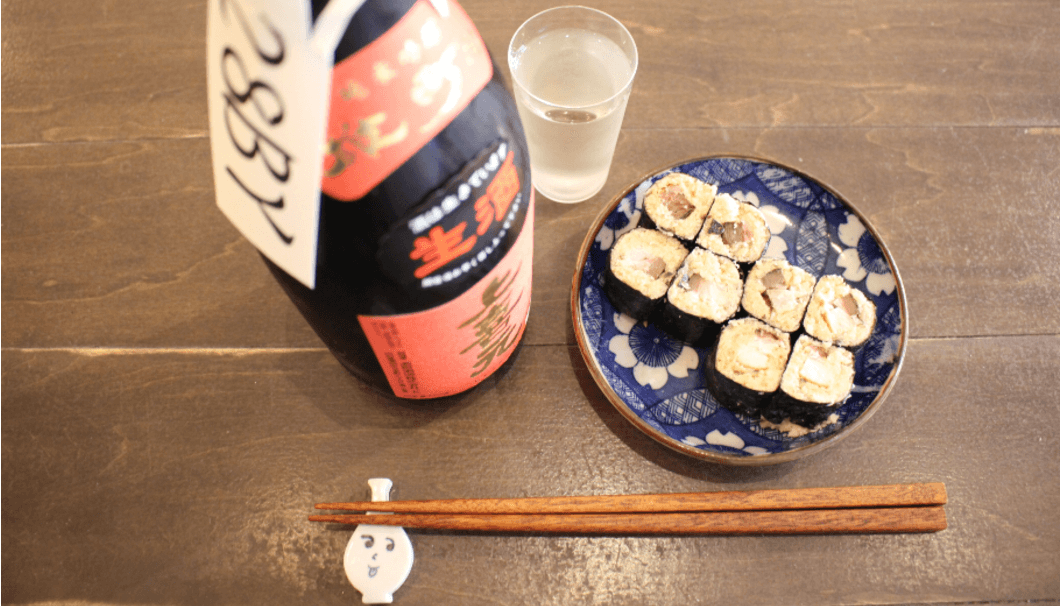 The Many Ways of Serving Sake

Something clicked in Chiba when she first tried aged nama-zake, she says. Being unpasteurized, nama-zake is usually consumed when fresh. Chiba had no idea that it could be aged and was surprised by the smooth, velvety, almost nutty flavor that the drink produced. That’s when she started understanding that the way sake is served can radically change its flavor.

Thus, she began experimenting. She would try aging various types of sake, blending different brands or even adding spices, she tells us.“I failed a lot, and so many times I turned up with something that didn’t taste good at all,” Chiba explains. “But I realized that I loved the concept of guessing how sake is going to taste”.

With time, she became more and more knowledgeable about the drink she’d come to obsess over. At first, she would ask breweries to age sake for her, but she didn’t like having to order in bulk. That’s when she installed a custom-made refrigeration chamber at GEM by moto, so she can age single bottles at her bar at -5 °C. “Depending on the need of a specific bottle I can store it in the fridge, at room temperature or at -5 °C”.

When it comes to sake, the issho–bin bottle (1.8L) has been the most commonly used size in Japan until lately. It was always preferred by liquor stores, sake breweries, and even households back when sake consumption was more common.

Refrigeration was never a big issue until the 90s, when more delicate varieties like nama-zake and ginjo sake appeared on the market. With the rising need for refrigeration and the declining consumption rate of sake, consumer demand for smaller bottles has increased, but producers and retailers still favor the more cost-effective issho-bin.

Chiba, however, is convinced that the future of sake lies in the yongou–bin bottle (720 ml). It’s similar in size to a wine bottle, it can fit in a home refrigerator and once opened it’s more likely to be consumed before the flavors are compromised. Chiba is working with breweries and shops alike to encourage the production and use of smaller sake bottles. She believes this will help popularize sake consumption, especially outside Japan. 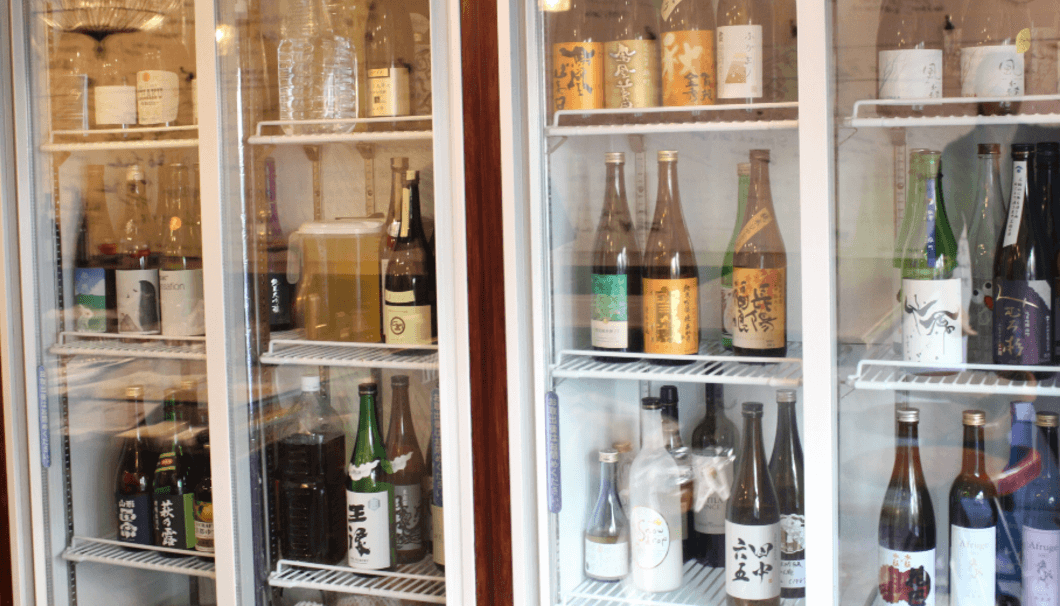 The Importance of Communication

During her journey to discover sake, Chiba decided to visit a brewery in order to better understand what kinds of people were behind the bottles she sold. Her gaze becomes unfocused as she recalls her past experience: “It was different than I had imagined. They were brewing [sake] like their lives depended on it. It was as if they were raising a child every year”.

“All I did was pouring sake for my clients because I liked it, but after visiting [a brewery] for the first time, I was shocked. I felt I was being disrespectful; that there should be more to communicate in the job I do. That’s when my mindset changed from just ‘pouring’ sake to ‘communicating’ sake”. 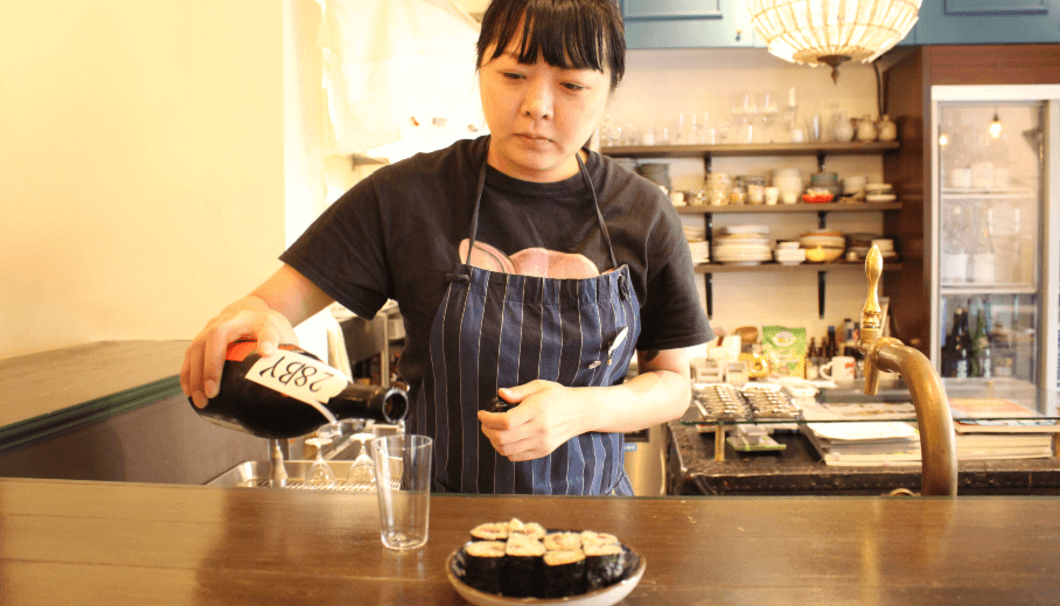 Most people that visit GEM by moto choose to let Chiba pick out what to serve them. By asking questions and observing her clients she can figure out what they might enjoy. Building a relationship of trust is an important part of her business, she says. It allows Chiba to help people discover new tastes, sometimes even getting out of their comfort zone.

Looking to the future, Chiba hopes to improve her English and open an establishment abroad. Rather than just focusing on her own business, she’s always looking at the big picture of spreading sake culture to the world. With this mindset, Chiba keeps “polishing her gem,” sharing her treasure with everyone she encounters.

HOME > GEM by moto: Sake Needs to Be Communicated, Not Just Poured