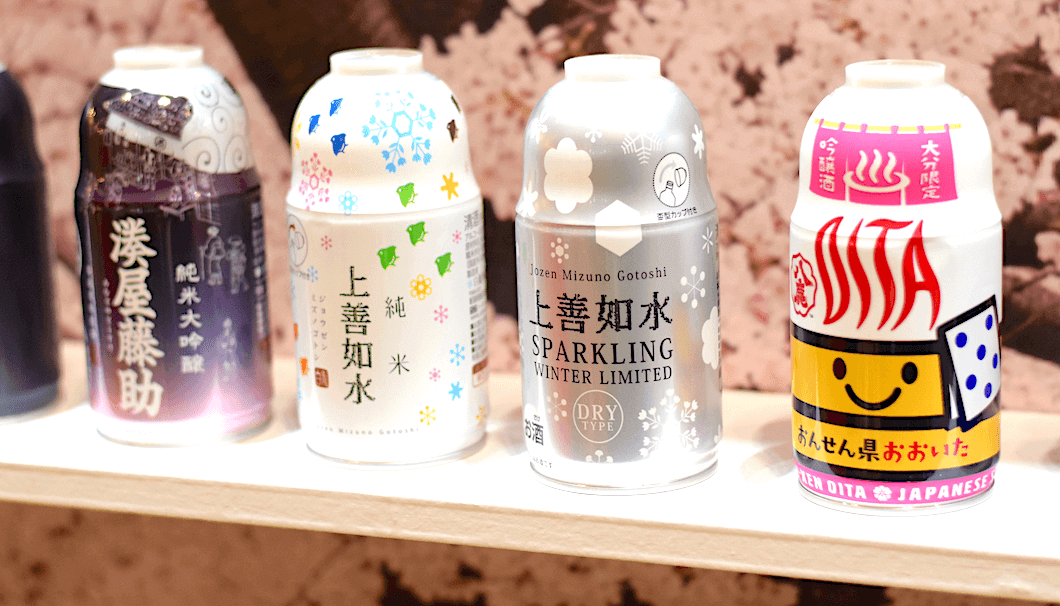 In the long history of sake, packaging in metal bottles is a relatively new technique. Still, doing so seems to have combined the benefits of every other material to date, including glass, plastic, and paper boxes. Improving the flow of sake for both brewery and drinker, it’s a wonder that this wasn’t done sooner.

Why is Canned Sake Good for Consumers?

Until now, sake has largely been sold in glass bottles in sizes of 1.8L (61oz) and 720mL (24oz). While great for restaurants and home storage, these sizes can be a little large for casual drinkers or those on the go. Smaller alternatives are out there, but tend to be unwieldy in other respects.

Lately, though, a new innovation is shaking up the market: aluminum bottles with screw caps, called “bottle cans” in Japan. Lightweight and durable, these containers are easy to stash in your bag for traveling or taking to picnics and other outdoor activities. 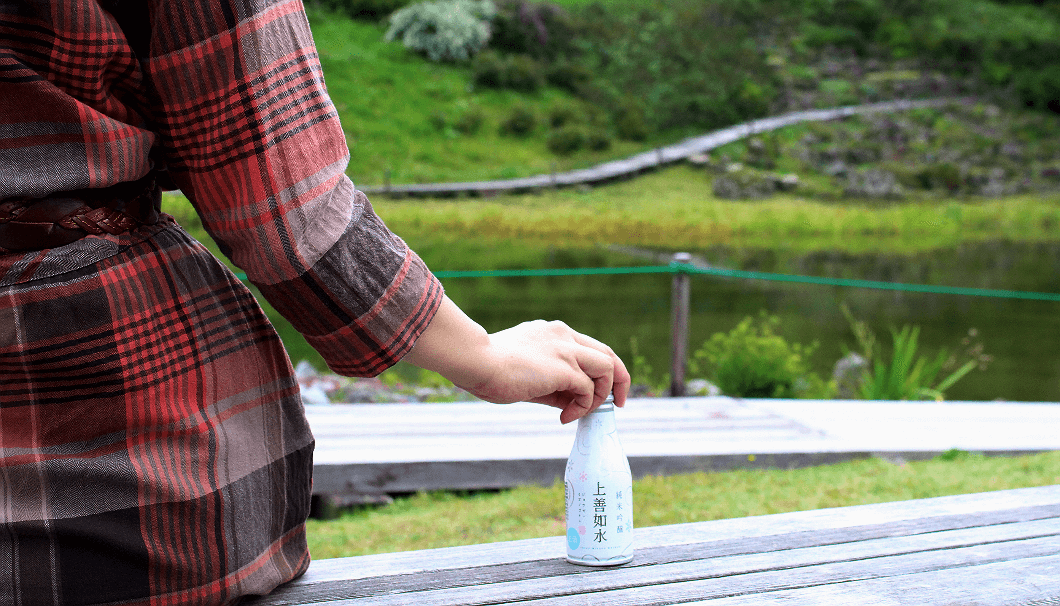 And thanks to the resealable cap top, these bottle cans need not be finished in one session. They’re also so light that a real sake fan can take multiple brands at once and pair up with whatever food they encounter at their destination. 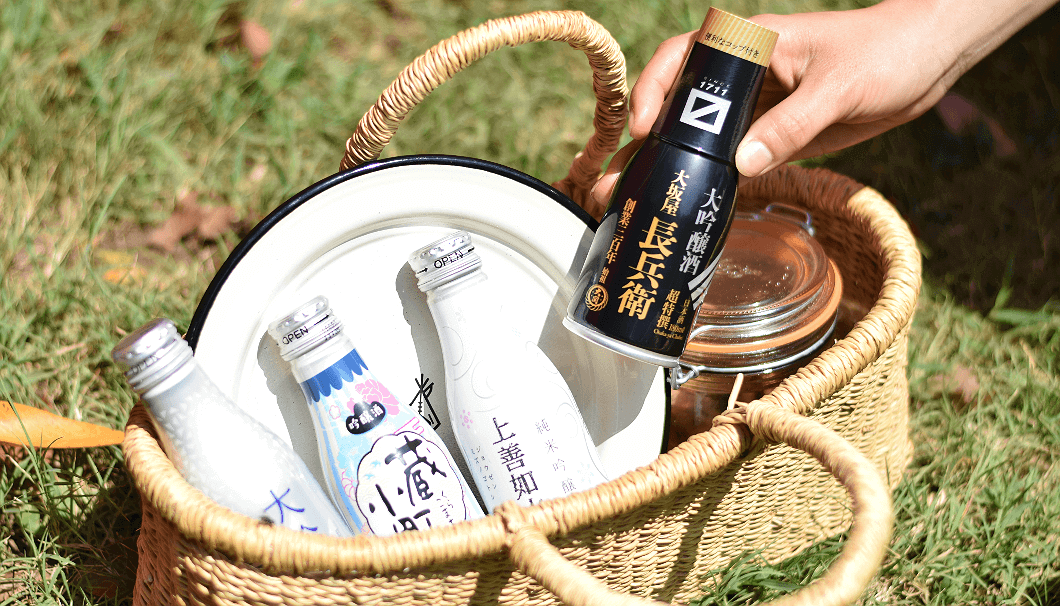 It’s all great, but this is really only the tip of the iceberg when it comes to the benefits of sake in bottle cans.

Why is Canned Sake Good for Breweries?

Bottle cans are great for producers too, because they mitigate two of sake’s greatest threats during distribution and sale: breakage and ultra-violet (UV) light.

It goes without saying that breakage is an ever-present cost of doing business when shipping in glass bottles. Most common drinks like colas and mineral waters have switched to plastic or metal containers largely for this reason, so it only makes sense that sake breweries would want to do the same. 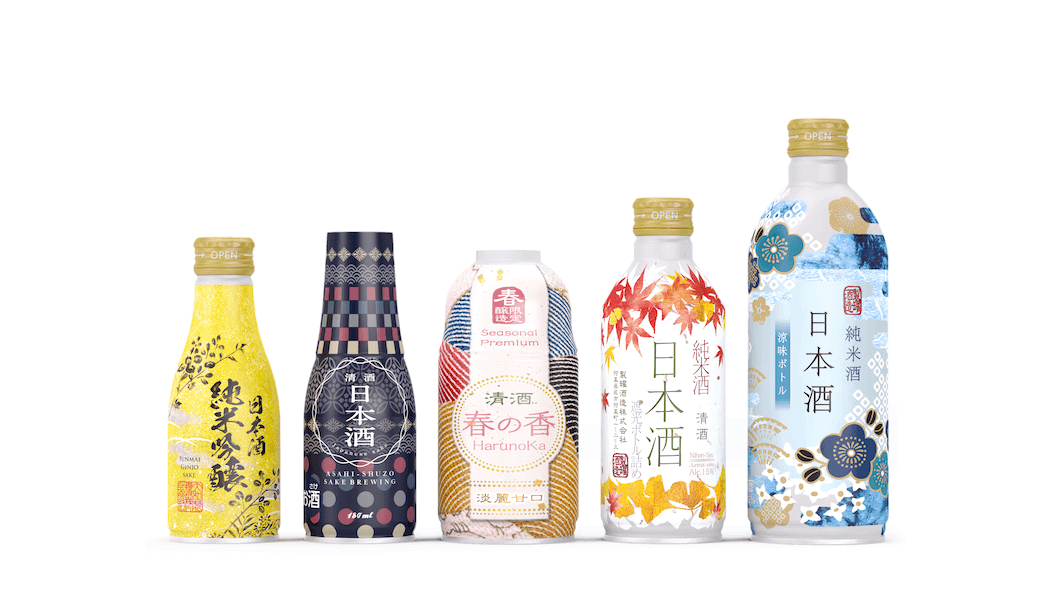 A problem more unique to sake, though, is that UV rays in sunlight can penetrate glass bottles and corrupt the chemical balance of the sake within, thus ruining the flavor. Breweries go to great lengths to avoid UV exposure, but once the sake hits the marketplace it becomes harder to ensure.

But this isn’t a concern with opaque metal bottles. They can be dropped and jostled around without fear of breaking and completely shield the valuable contents from UV rays. 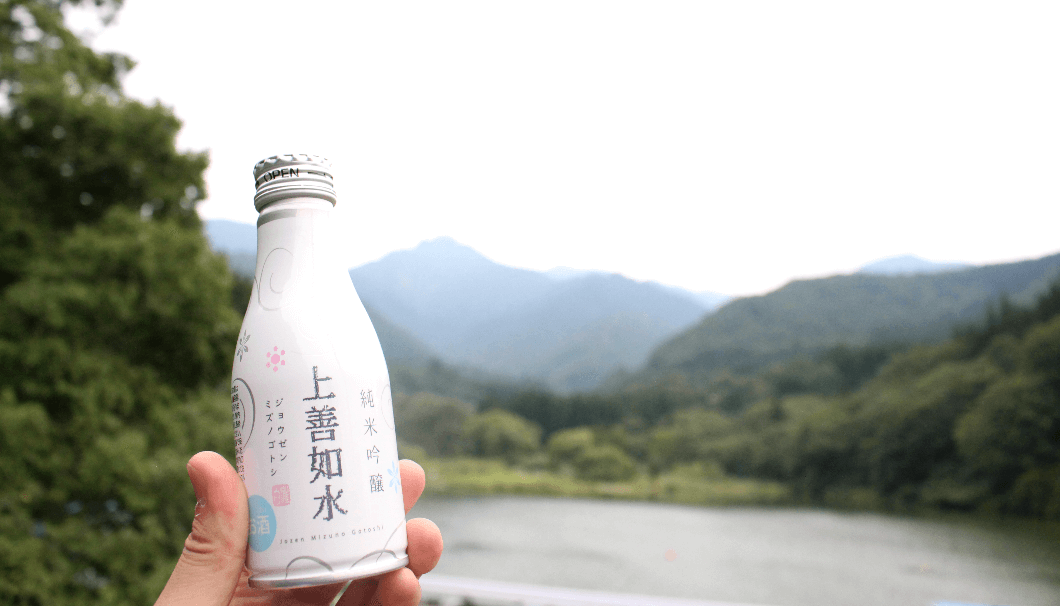 Do your worst, sun and gravity!

So, if cans are so ideal for sake bottling, it begs the question: What took breweries so long to get on board?

Why Wasn’t This Done Sooner?

As any sake expert will tell you, putting sake in a metal container is a risky move. Short-term exposure to metal isn’t necessarily a bad thing, and sometimes can even enhance the taste in certain ways, but storing sake in metal for long stretches will almost certainly corrupt the flavor. 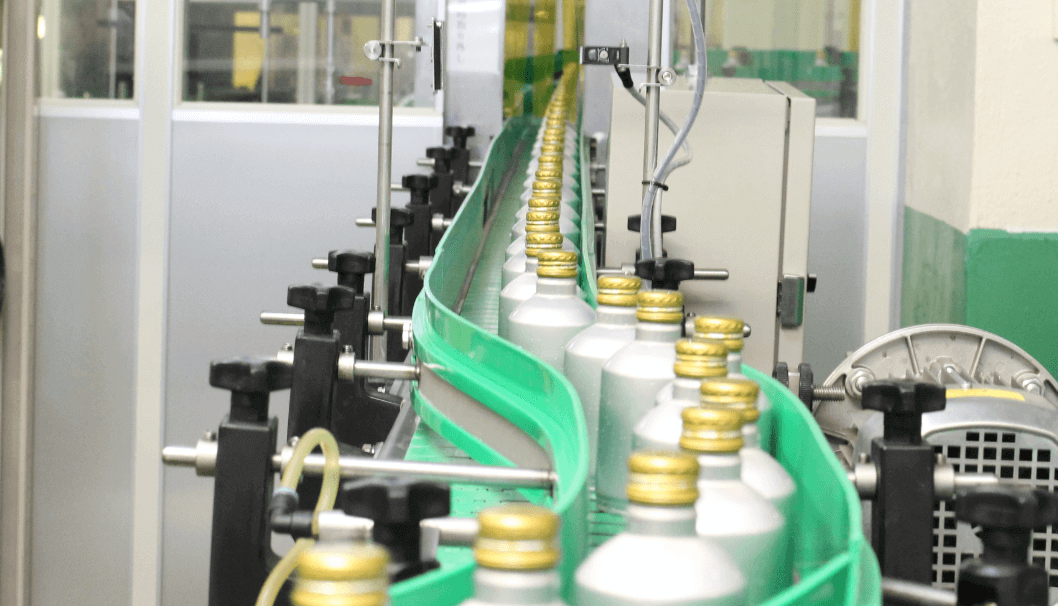 It wasn’t until a demand for metal wine containers arose that a solution to this chemical problem was found around 2008.

Metalworks Daiwa Seikan developed a way to treat the metal in a protective layer that blocks the antioxidants in wine from reacting with the aluminum of a metal vessel. The method proved successful and popular, so many wondered if it might also be applied to sake.

But, alas, sake breweries are often very old institutions relying on traditional production methods, so introducing a full-scale cannery operation would be a costly overhaul. To aid in this, a cross-industry initiative called the “Can-Pai Project” was created to facilitate bottle can sake production. 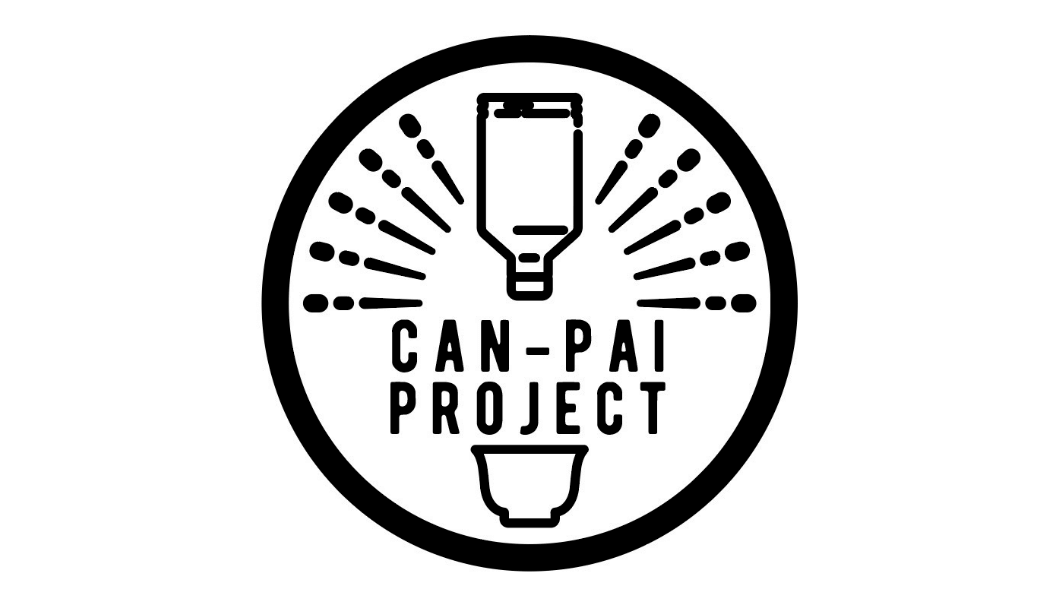 With Monde’s experience, and a strict attitude towards purity shared by both wine and sake producers, 16 sake breweries to date have entrusted the winery to can their combined total of 42 brands. In order to satisfy the breweries’ high standards, the owners are regularly invited to the Monde plant for personal tastings. 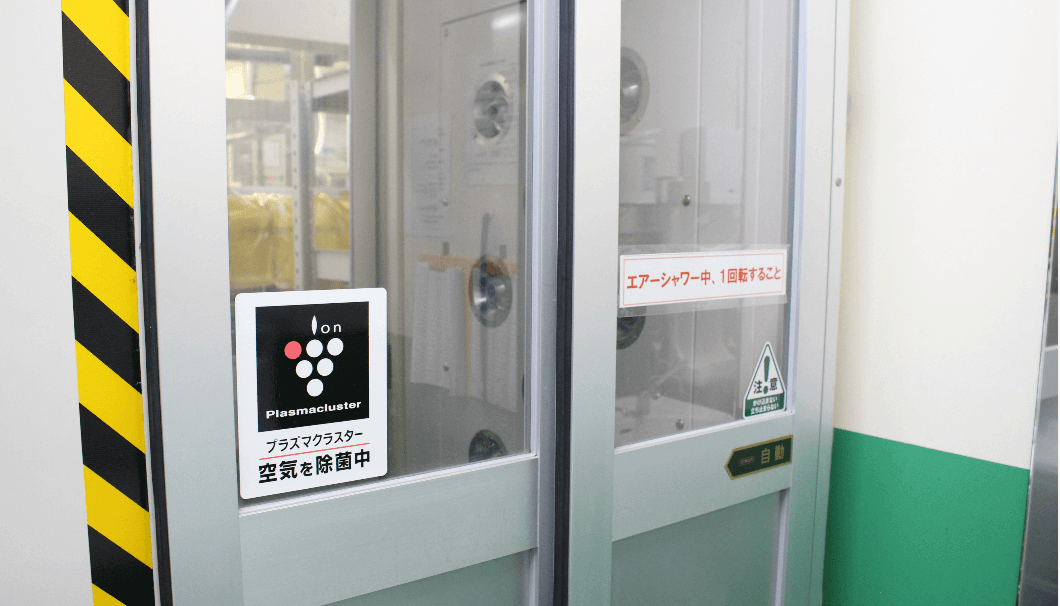 Monde’s canning facility has its own decontamination chamber.

The canning process involves careful analysis of a 1,000L (158-gallon) batch of a particular sake, followed by the filling of each can with a small shot of liquid nitrogen to keep the container firm without affecting the taste. Next, the entire thing is sterilized and sealed shut.

Then the fun part begins. Thanks to the material, breweries can use the entire bottle can as a canvas to print whatever design they think will catch the eyes of consumers. Although it’s a departure from the sophisticated-looking paper labels on glass bottles, the colorful designs common on can bottles are certainly less intimidating for new sake drinkers. 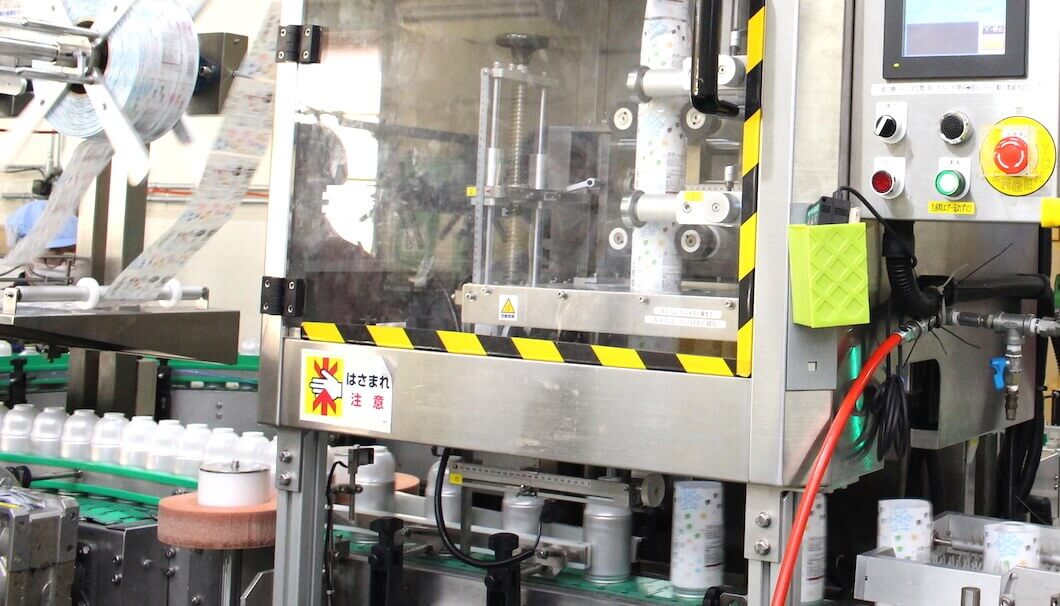 So far, the likes of Yatsushika Brewery, Shotoku Shuzo, and Honke Matsuura Brewery, among others, have taken Can-Pai up on the idea..

Traditionalists and fans of high-end sake may scoff at these newfangled cans, but if the industry wants to expand, they may very well be the most effective key to attracting a new generation of consumers. 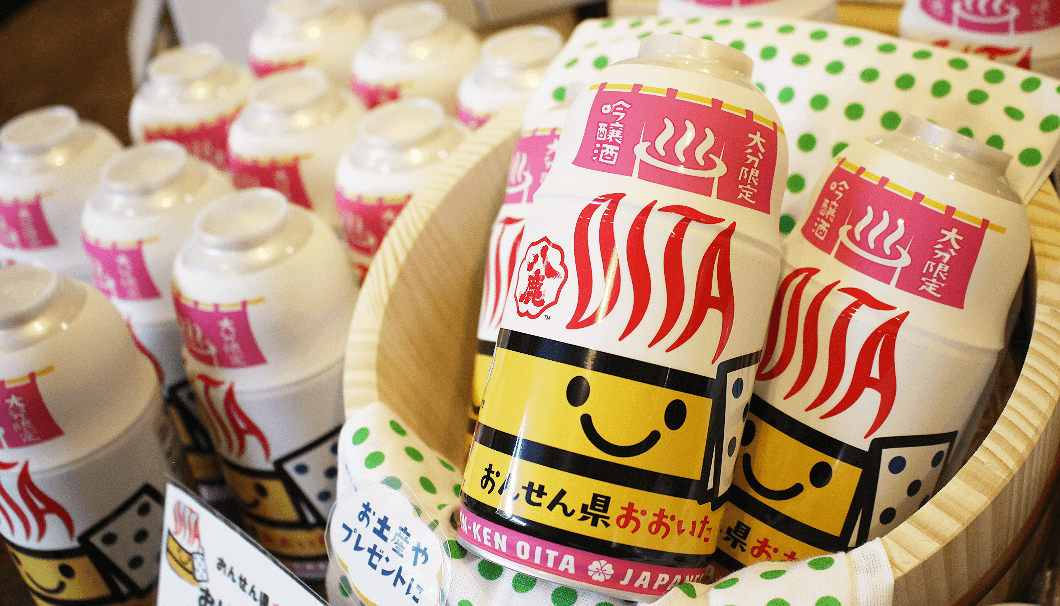 “We wanted to make Oke-chan stand out and not get buried among all the other sake products, but the result was even cuter than we imagined,” Yuina Eto of Yatsushika Brewery told SAKETIMES of their signature ginjo sake bottle can design. “When we put out a press release, the company received a lot of calls from younger people asking [where they could get their hands on it].” 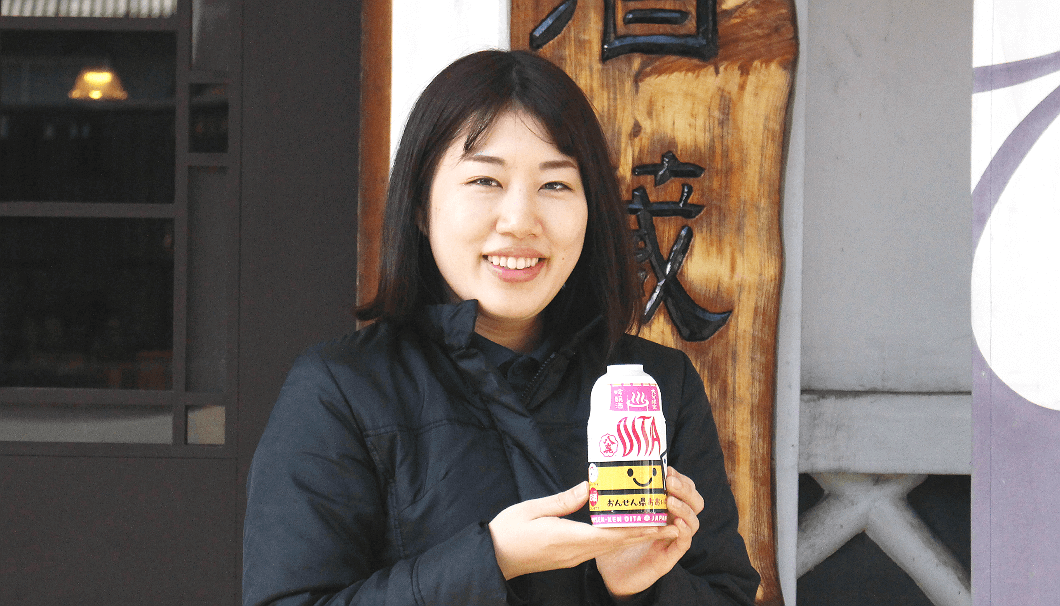 Located in Oita Prefecture, famous for its hot spring resorts, Yatsushika Brewery designed its cans of Oke-chan Ginjo sake decorated with a hot-bath theme so that it could sell well in souvenir shops as well as liquor stores. Eto says the innocent design helps to dispel the misconception about sake among younger drinkers that it’s a harsh beverage that triggers hangovers. 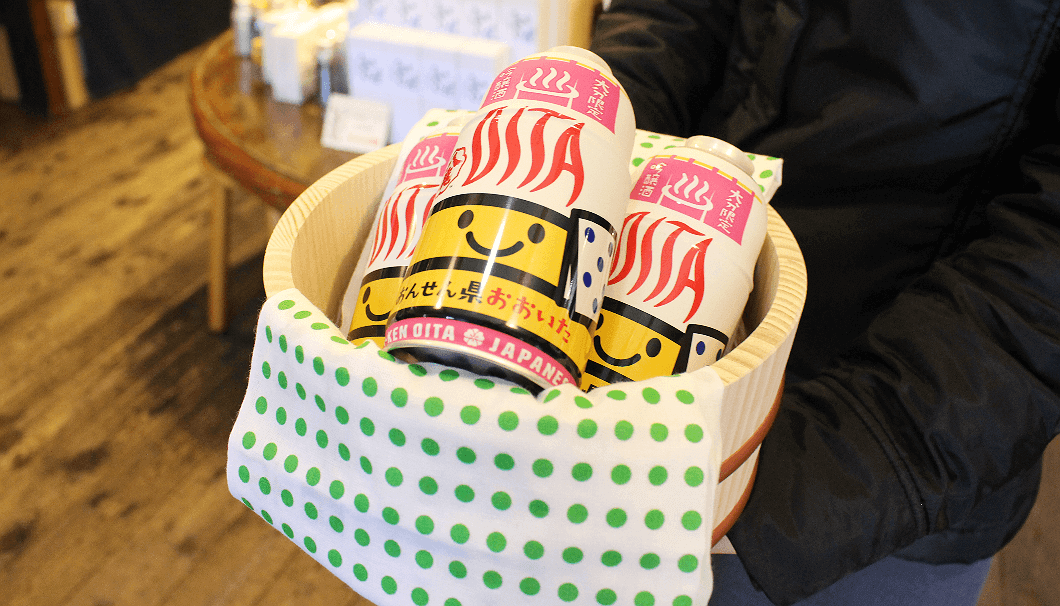 Shotoku Shuzo, a small-scale brewery in Kyoto’s famous Fushimi area, has also adopted a regional bottle can design for their Miyako Kururi and Tabi Koromo brands, targeting sales at train stations and souvenirs shops. SAKETIMES spoke with Shotoku Shuzo’s head brewer (known as a “Toji“) Maho Otsuka about the change to bottle cans. 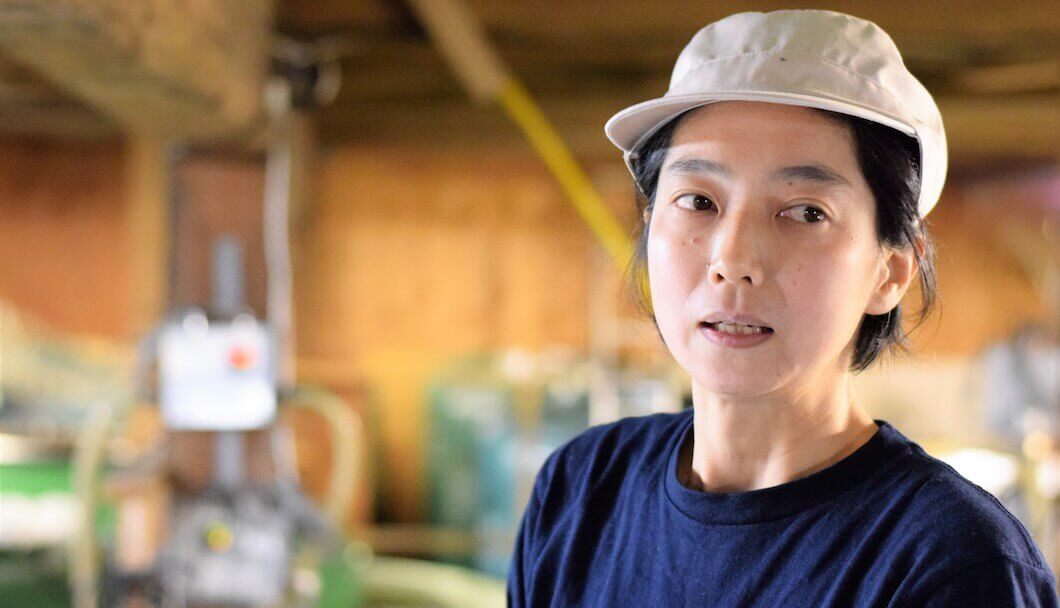 Maho Otsuka is also the only female Toji in Fushimi

“When I check photos people post on social media, there is a woman visiting Kyoto drinking Tabi Koromo on a train, or people from other countries having it along with a sandwich. I’m grateful that people are enjoying our product just the way we intended. These are currently only sold at souvenir shops in Kyoto Prefecture, so we are hoping people will notice them, pick them up on a whim but then remember our name when they return home,” she says. 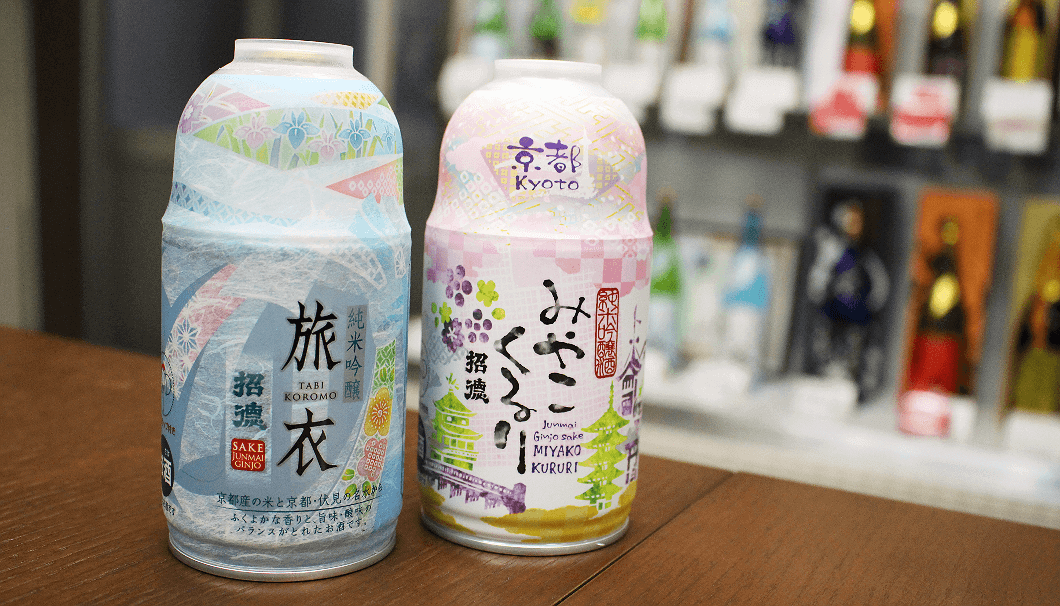 The light weight, durability, and lively designs not only have legs within Japan but abroad too, as the tenth generation head of Honke Matsuura Brewery, Motoko Matsuura told us. An early adopter of bottle cans in 2016, the Japanese calligraphy design on cans of their Narutotai brand of sake such as Ginjo Shiboritate Namagenshu caught on in New York and California where it was praised as “cool” by local drinkers there who also nicknamed it the “namacan”. 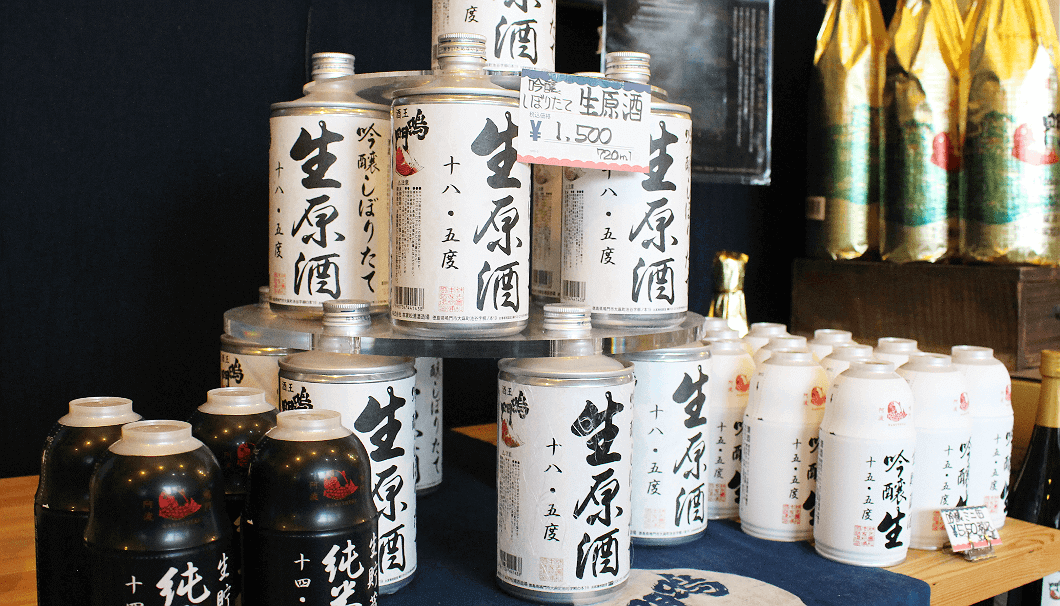 Namacans (center) among other bottle canned types of Narutotai sake

“Our Narutotai brand is recognized by its red fish logo, but I would be happy if people started associating us with cans from now on,” says Matsuura. “These are excellent containers. They block UV rays, so they’re good for the quality of sake, and they’re easy to recycle, making them good for the environment. These containers are the opportunity to show the people inside the prefecture, outside the prefecture, and all over the world all the delicious sake that Tokushima produces.” 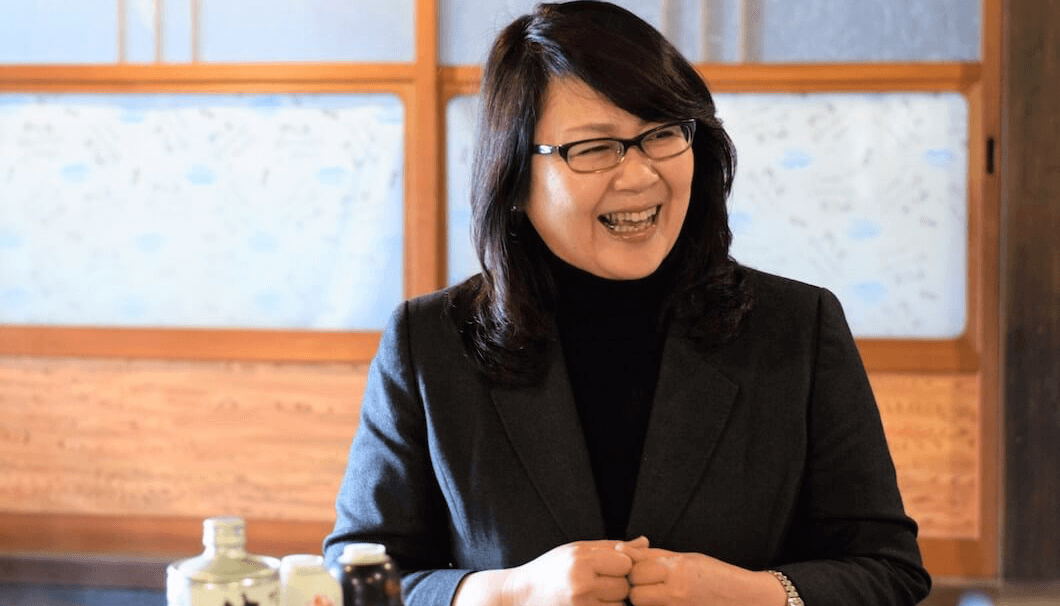 Owner Motoko Matsuura couldn’t be happier with the performance of her company’s bottle can sake.

With the sake market shifting from within Japan to overseas, bottle cans are sure to become a popular choice for exporting. And with the Can-Pai Project being only a few years old, we have yet to see it get anywhere near its full potential with the hundreds of sake breweries operating in Japan.

So, if you haven’t seen a bottle can of sake yet, get ready, because it isn’t a question of “if” but rather “how soon” they come to your neck of the woods.