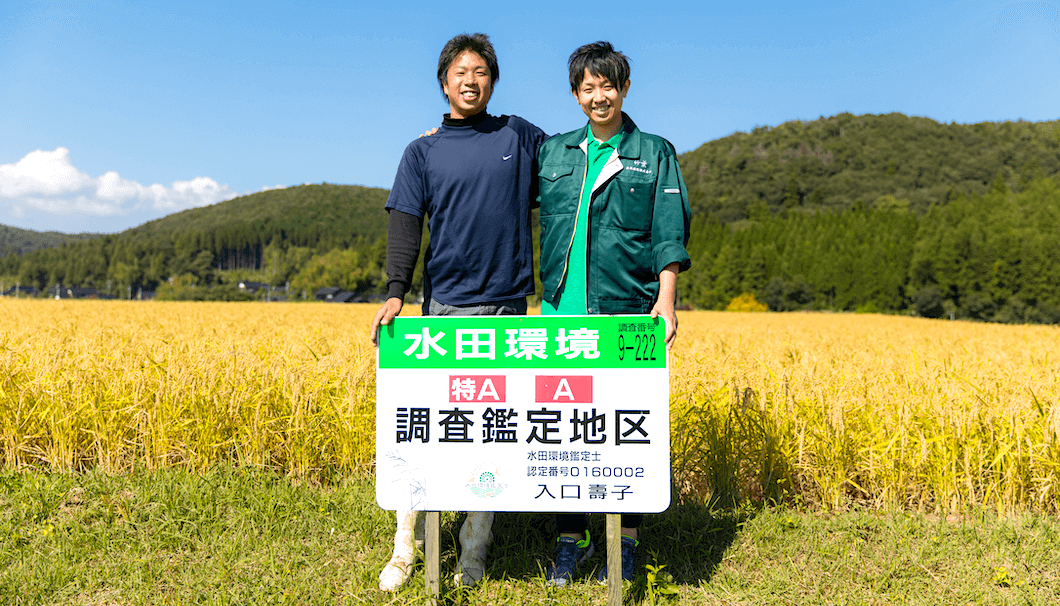 One of the interesting things about the world of sake is that every one of the thousands of brands has a story behind it. Take Shinho, a junmai sake that was released as a part of the Sake 100 line of luxury brands. This story begins in the Noto Peninsula of Ishikawa Prefecture. Once a jewel of the farming industry in Japan, the area suddenly found itself on the brink of collapse.

The Noto Peninsula was one of the first agricultural areas in Japan to be certified a Globally Important Agricultural Heritage System by the United Nations for its environmentally friendly and sustainable practices that worked in harmony with the natural wildlife such as the crested ibis.

In many ways it was the pride of the nation, but over time, the area – much like other farmlands across Japan – gradually fell into disarray. Rice was once such a staple of Japanese life that it had a major place in every meal, but recently it’s been giving up space on dining tables to other carbs like breads and pasta. Demand has slowly but steadily declined, with profit margins falling in step. 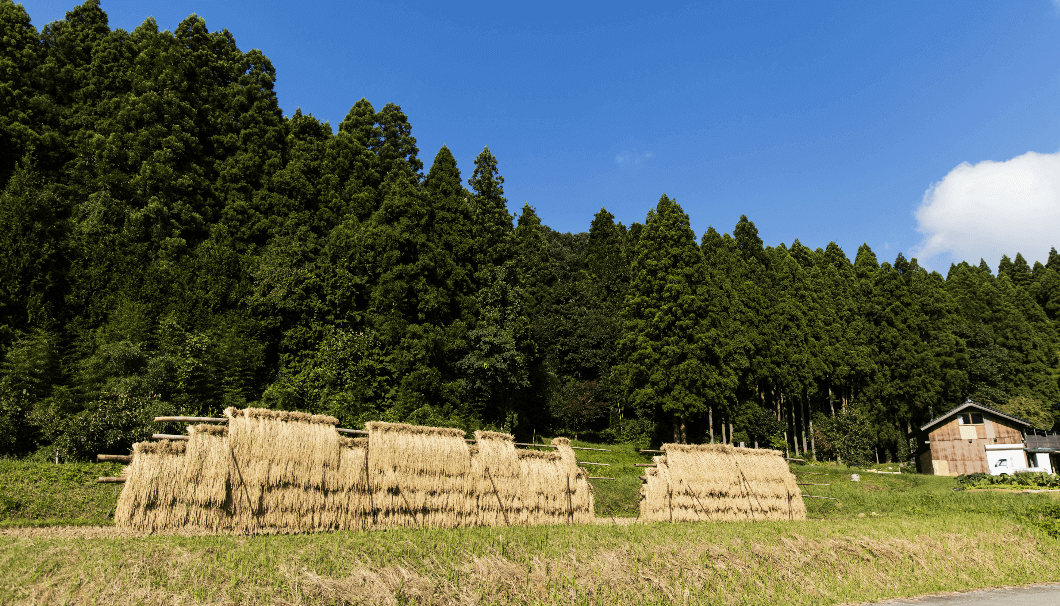 Rice farmers themselves are also getting older and aren’t as inclined to trudge on in an unfavorable economic climate. To make matters even worse, many rural areas suffer from a severe shortage of young people, leaving no one to take over these farming operations as elderly farmers retire. As a result, “abandoned farmlands” have begun springing up all over the countryside at an alarming rate.

Noto was no exception to this trend and many of its beautiful rice paddies have become overgrown with weeds and pests. It was enough to make Takahiro Ura, who grew up in the area, decide to do something about it.

Ura had moved from Noto to the capital of Ishikawa, Kanazawa City, for work, but seeing what had become of his home, he decided to make a career U-turn and went into rice farming. At the young age of 26, he established his own agricultural firm called Yumeurara and set his sights on those abandoned farmlands. 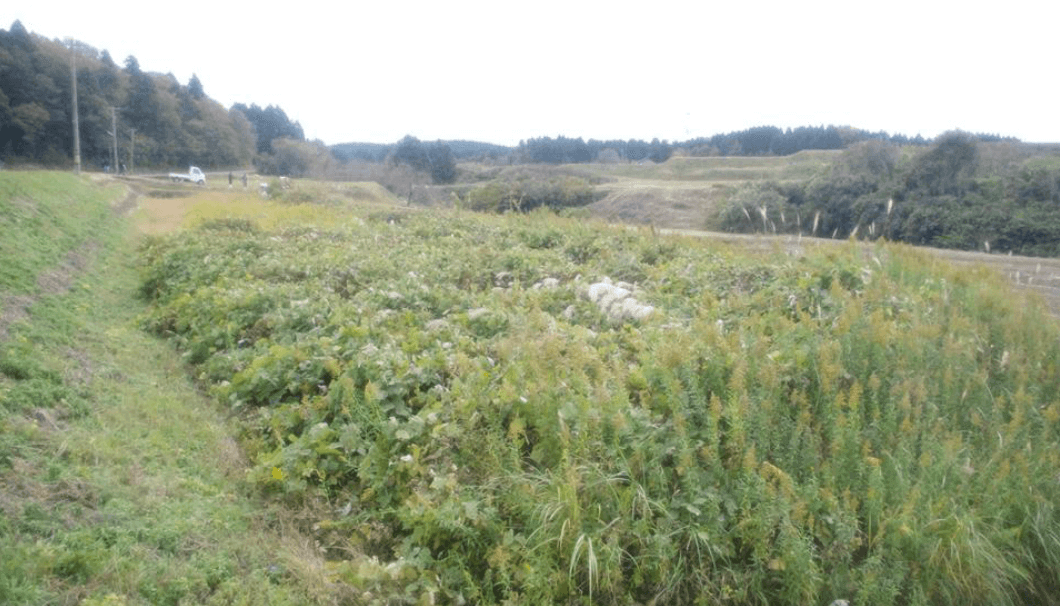 Starting with only 4 hectares of land which belonged to relatives, Ura gradually expanded by going to the owners of all the abandoned plots and offering to clear them of overgrowth. He was inexperienced at making rice at the time, and would have to rely on the knowledge of locals, and trial and error, to improve.

“A lot of the rice paddies were too small or had a lot of stones and provided a low yield,” Ura told SAKETIMES. “These kinds of problems usually overlapped too, so we had to ask the owners why they were abandoned in the first place and then work to fix those problems from the start.”

But perhaps the biggest hurdle for Yumeurara was the dwindling rice market itself. As Ura remembers, “When I entered the rice business, there was a surplus, and prices were falling. I thought to myself, ‘Why do this now?’ But I knew there was a demand somewhere.”

The demand Ura had been searching for revealed itself in an online article he read about an old high school classmate, Kaichiro Kazuma. Kazuma, at the age of 24, had become the president of Kazuma Sake Brewery in Noto, so Ura decided to pay him a visit and see if he wanted some rice.

Ura recalls, “I was going to approach him like we were back in high school and say, ‘Hey, wanna make some sake rice together?’ But when I got to the brewery gates and saw all the history and tradition inside, I knew it wouldn’t be like that.”

Still, the young business owners started talking about their home and when Ura began to describe the situation on Noto farms, Kazuma jumped at the opportunity to help.

Ura (left) and Kazuma posing in front of a sign indicating Yumeurara fields as an Environmental Special A District for being completely chemical-free.

While on the surface, this might sound like a simple charitable move to revitalize agriculture for Noto, both men had a lot to gain from the partnership. At the time, there weren’t any sake rice growers in the area, but if Kazuma Sake Brewery could locally source their rice, it would give them a terroir, and one with the prestige of a Globally Important Agricultural Heritage System no less. As for Ura, this would be the rice market niche he desperately needed.

The Challenge of Sake Rice

This presented a new set of problems for Yumeurara, though. The reason there were no sake rice growers in the area was that it was very difficult to produce. Sake rice is strictly graded into five categories, and if the rice doesn’t fall into the top two levels, then it’s priced roughly the same as table rice despite the extra effort put into making it. As a result, most farmers stick to low risk table rice.

“No grower wants cracked rice grains upon harvest. Rice needs to have a high moisture content in order to be resilient to cracking,” explains Ura.

Luckily, since Yumeurara started with a relatively small order of 100 bales, this was manageable. And thanks to the knowledge of his Noto neighbors, Ura was quickly learning the ropes in sake rice cultivation. 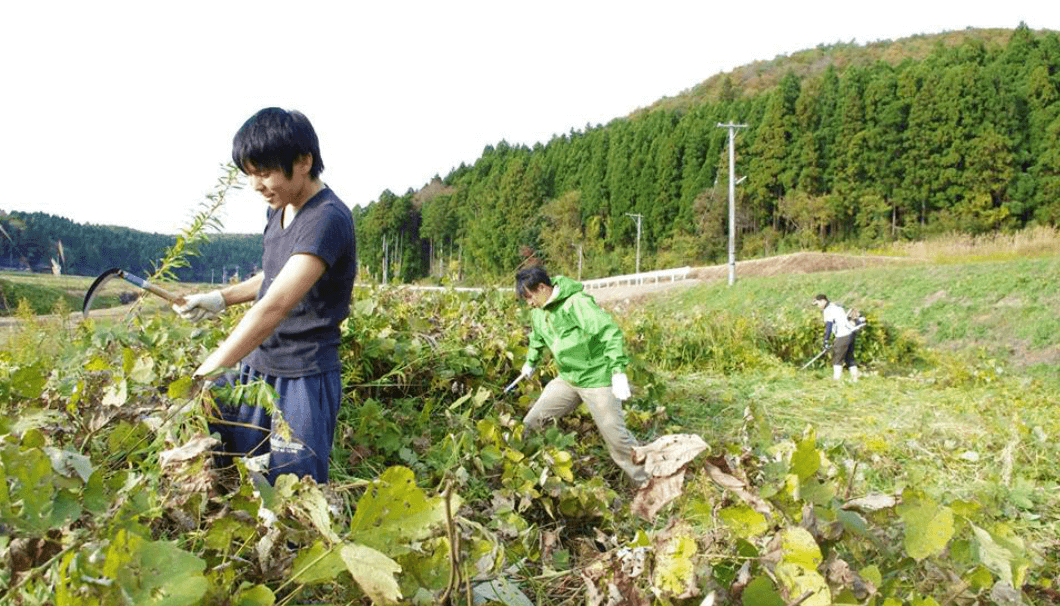 “We don’t use chemicals or chemical fertilizers, on the traditional farming method advice of locals,” says Ura. “It’s usually said that if you don’t use weed killers, then your field will get overgrown, but there is no problem when we use traditional techniques like adding nitrolime or using more water. There’s no residual chemicals in these abandoned farmlands either, so if you do your weeding right, you can get good quality rice.”

It was a combination of elements that led to Yumeurara achieving high-grade sake rice in their first year of operation. But, the humble Ura is quick to write it off as being “lucky” – although he does admit that the harvesting by hand probably was the biggest reason for this early success.

The Rebirth of Noto

Now, the four hectares of land Yumeurara started with has grown to 15 times its original size, covering 60 hectares of formerly abandoned farmland in the Noto Peninsula. Ura’s company is currently providing over half of all rice used by Kazuma Sake Brewery with the land unfit for rice production being used for other purposes like wheat. 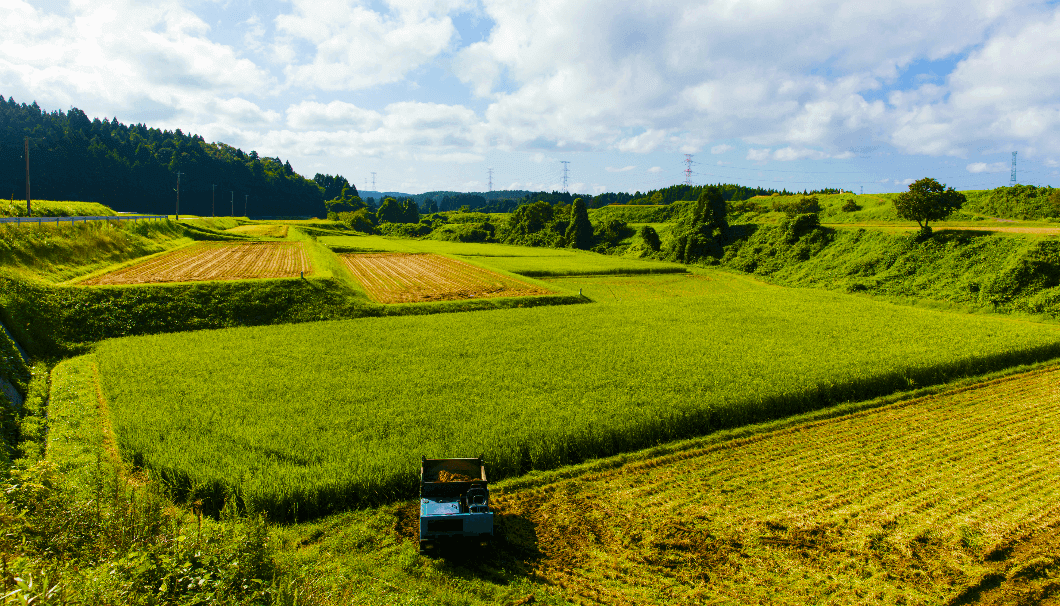 The area that Ura grew up in no longer has any abandoned fields, but his goal of eliminating them from the entire peninsula remains. To accomplish that, Yumeurara will need to grow beyond its modest staff of 10 people with the help of bright young talent. 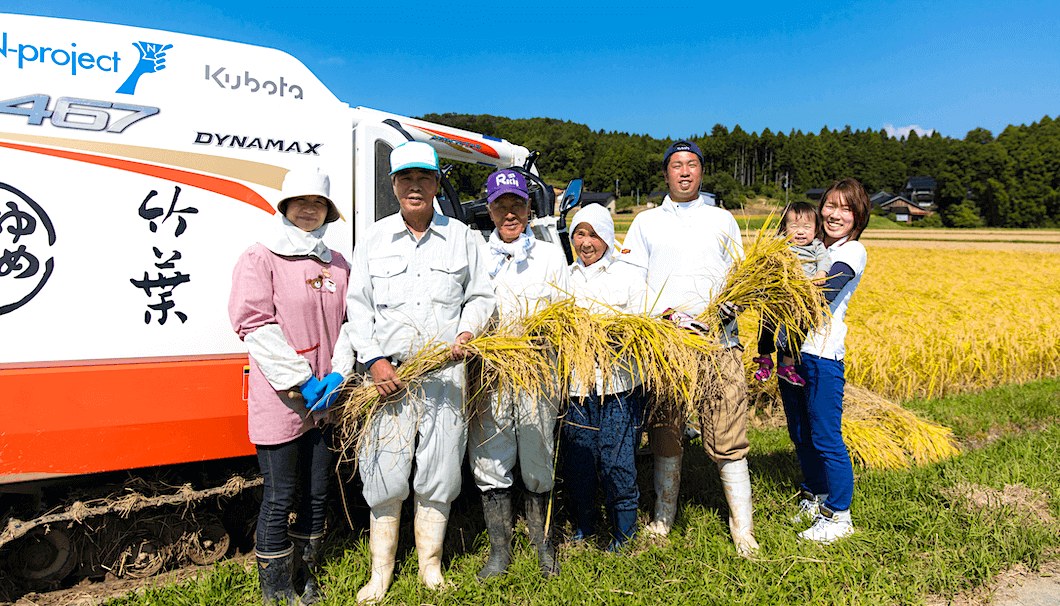 It might seem like a hard sell to get young people to move out to the countryside to grow rice, but Ura wants to change the face of farming altogether, possibly with the help of IT and drone technology: “I want to change the image that farming is exhausting work and incorporate elements of play to create fun farming. Our goal isn’t to produce a large amount of agricultural product efficiently. It’s to end abandoned farmlands in the area.”

It’s a novel approach, but one that is paying off well for both Ura and Kazuma. Their partnership has shown that it is possible to establish a sound business plan to create great products while giving back to the community both economically and environmentally. 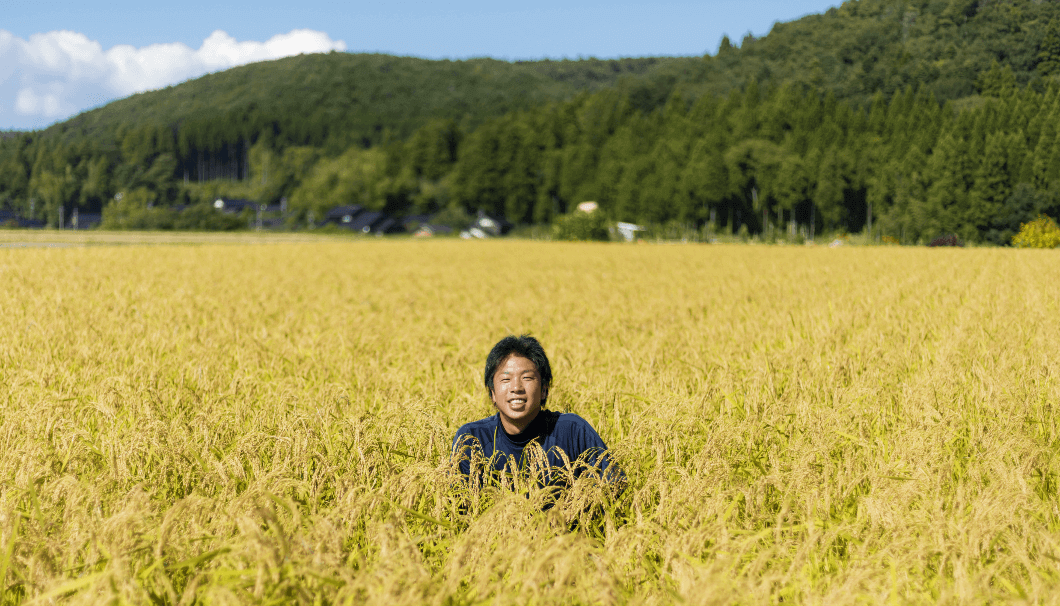 “I hope that the scenery we create will enrich the lives of the people living here,” Ur envisions. “If the area is overrun with abandoned fields, then vipers and boars move in and make it dangerous. I believe that by eliminating these abandoned areas, the region will become a place where people can live comfortably.”

The sake industry has been shifting recently and putting more focus on how raw materials such as rice are grown, rather than simply its type and environment. The story of the newly formed Noto terroir and its high-grade sake rice, free of chemicals, is a shining example of why that is. 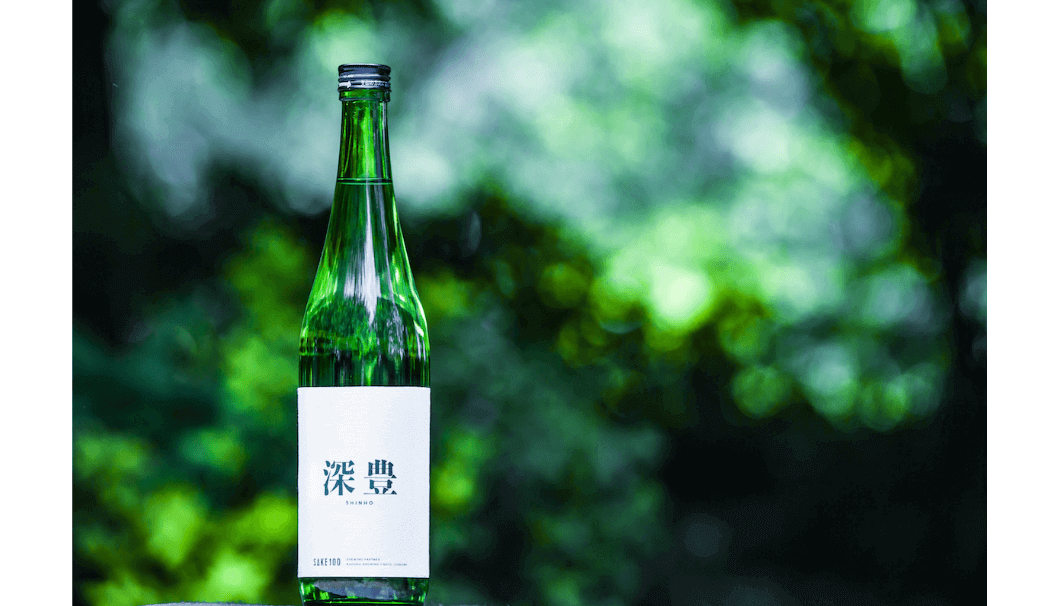 This rice and the spirit behind it is embodied in Shinho sake, made 100% with Ura’s rice organically grown in Noto. By all indications, this sake as well as the business and community behind it, will continue to blaze a new trail in Japanese agriculture.