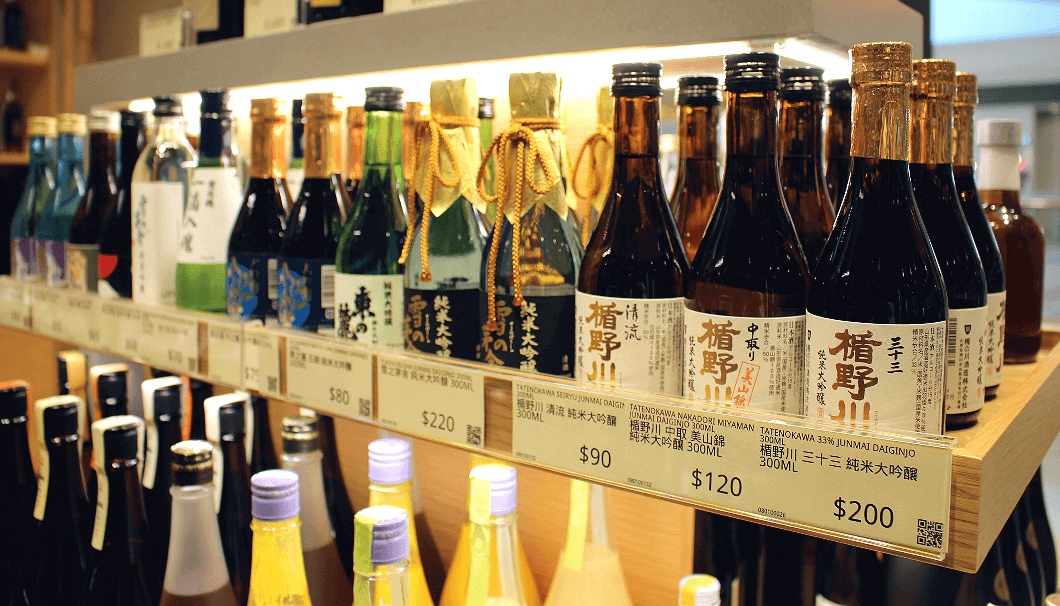 Understanding the Dates on Sake Labels

The dates printed on the labels of sake bottles are admittedly not the most straightforward things in the world. However, once you understand the basic logic behind them they can be an excellent tool to ensure you get the most out of your favorite sake brands.

A glance at a newly-purchased bottle of sake will likely reveal a peculiar set of numbers and letters such as “25BY” among the sake’s details. 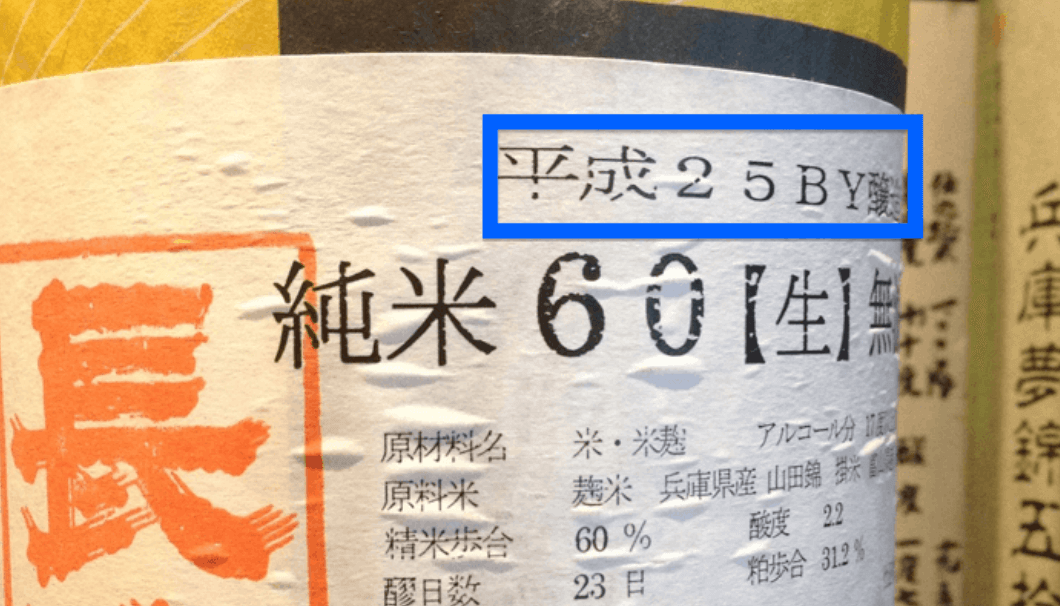 For the unaccustomed, that could easily be misinterpreted as “DRINK BY 2025,” but as we’ve mentioned before, sake doesn’t have an expiry date. Instead, the “BY” stands for “Brewery Year” and indicates when the sake was brewed.

At first, “Brewing Year” might seem like a more suitable root of the acronym, but the term “Brewery Year” is important as it indicates a period, such as a fiscal year or school year, that’s often out of sync with a typical calendar year.

To coincide with the typical beginning and end of the entire sake making process, a brewery year runs from July 1 to June 30 of the following calendar year. In other words, “2013BY” would mean the sake was completed sometime between July 1, 2013 and June 30, 2014.

Sake brewing is a traditional art, so it’s common for breweries to use the traditional Japanese dating system revolving around imperial eras.

For example, in May of 2019, Emperor Naruhito took the throne and Japan officially entered the Reiwa era, which means that May to December, 2019 will be known as Reiwa 1. However, January to April of 2019 was registered as Heisei 31, the last year of the preceding Heisei era, during which Naruhito’s father, Emperor Akihito, reigned. 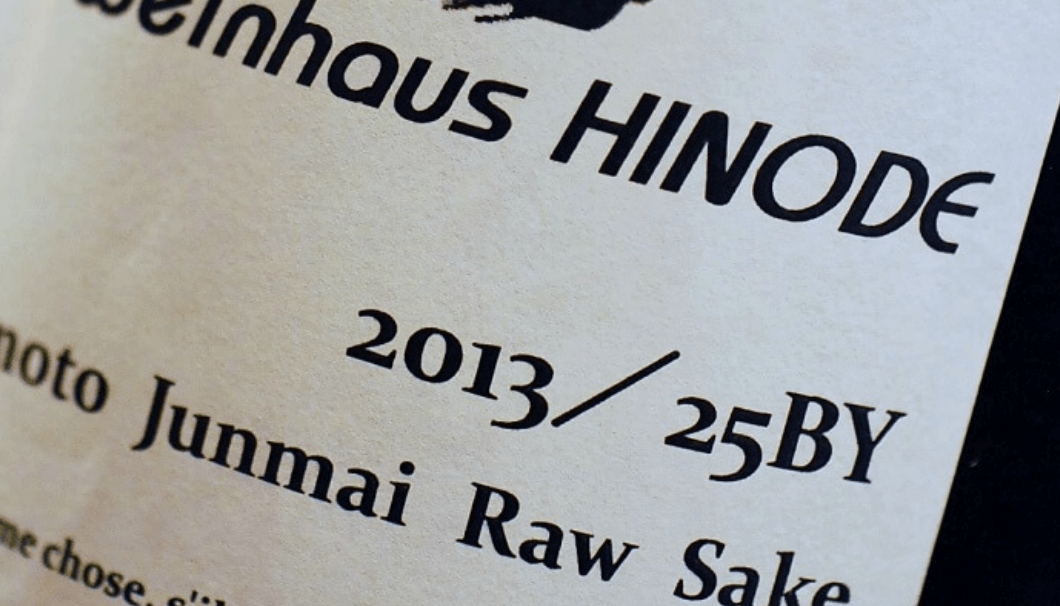 With the growth of sake overseas, more and more breweries are including standard years on their label

Prior to that was the Showa era and several more before that, but most people would be pretty hard pressed to get sake that has been brewed before Showa 1 (1926).

Still, it’s a tricky dating system to keep track of for international sake enthusiasts. Luckily, nowadays it’s fairly easy to convert by googling it or by asking Siri. 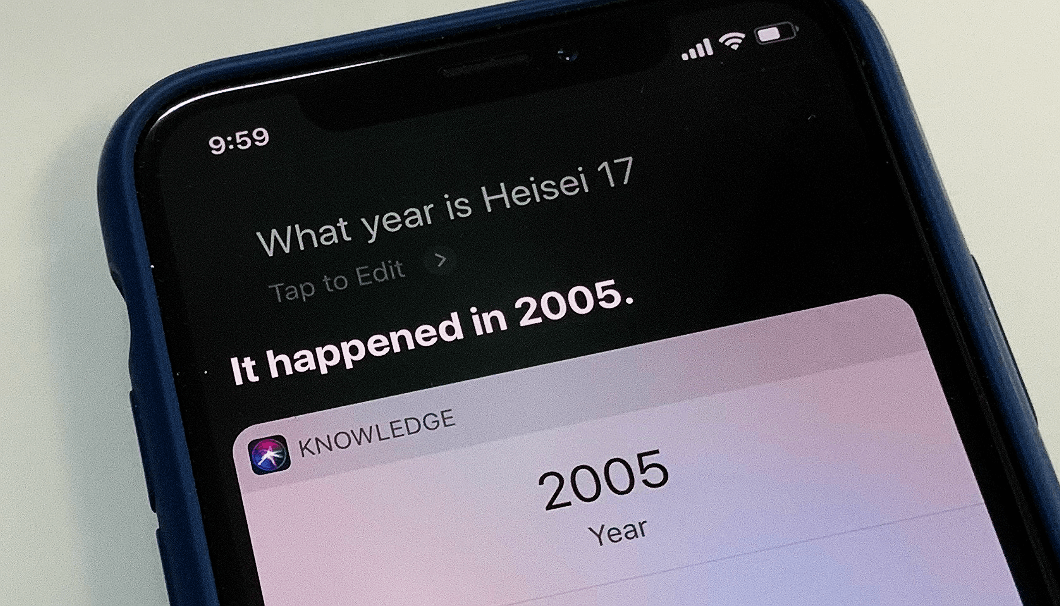 So, to recap, the bottle pictured at the top of this article was brewed in Brewery Year Heisei 25 which converts to sometime between July 1, 2012 and June 30, 2013.

We’re not out of the woods yet, though. Remember that this is only the year that the sake was brewed in. Sake producers will sometimes throw us a curve by printing a Seizo-Nengetsu instead.

This might look similar to the brewery year but lacks the prominent “BY” initials and instead presents a string of kanji characters such as “製造年月.” This refers to the sake’s “production date,” or the time when the sake was bottled.

These dates will also often use the Japanese imperial dating system but sticks to the conventional calendar year of January to December, rather than the brewery year. The picture below shows a sake that was bottled in May of Heisei 26, which Siri helpfully explains was 2014. 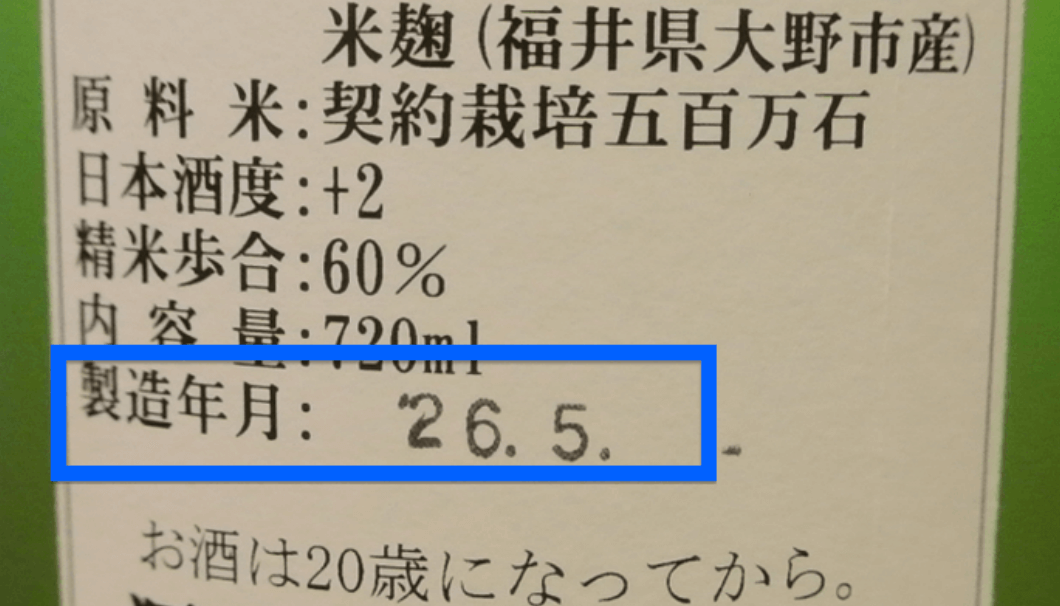 It may very well have been brewed years earlier and aged to perfection. Some bottles will indicate that very thing has occurred by printing both a BY and a manufacturing date. This one pictured below, for example, was brewed sometime between July 1, Heisei 24 (2012) and June 30, Heisei 25 (2013), but wasn’t bottled until November, 2014. 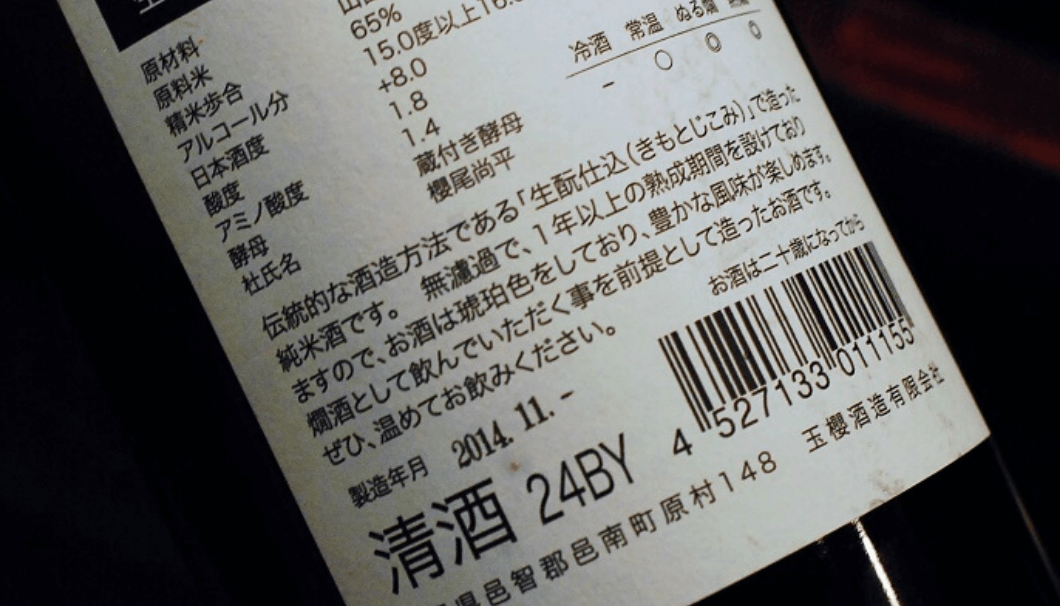 That’s all there is to it! With these few tips, international sake drinkers can pinpoint when a sake was both brewed and bottled – with a little translation help from an AI assistant.

Why is this important?

Sake is a beverage whose flavor relies heavily on the condition of its natural ingredients, namely rice and water. Since these two materials are greatly influenced by the environment and weather, their characteristics can also change a lot from year to year.

Therefore, the same sake brand brewed two different years will still have a lot of its signature taste intact, but for fans there will be noticeable differences.

Whether those differences are better or worse from each other is a matter of personal taste, but knowing the year a sake was made can help sake fans pick their favorites.

With more experience it’s possible to even anticipate the taste of a sake simply by knowing the year it was brewed and what the weather conditions were in its area. It’s all part of the fun of the sake journey.