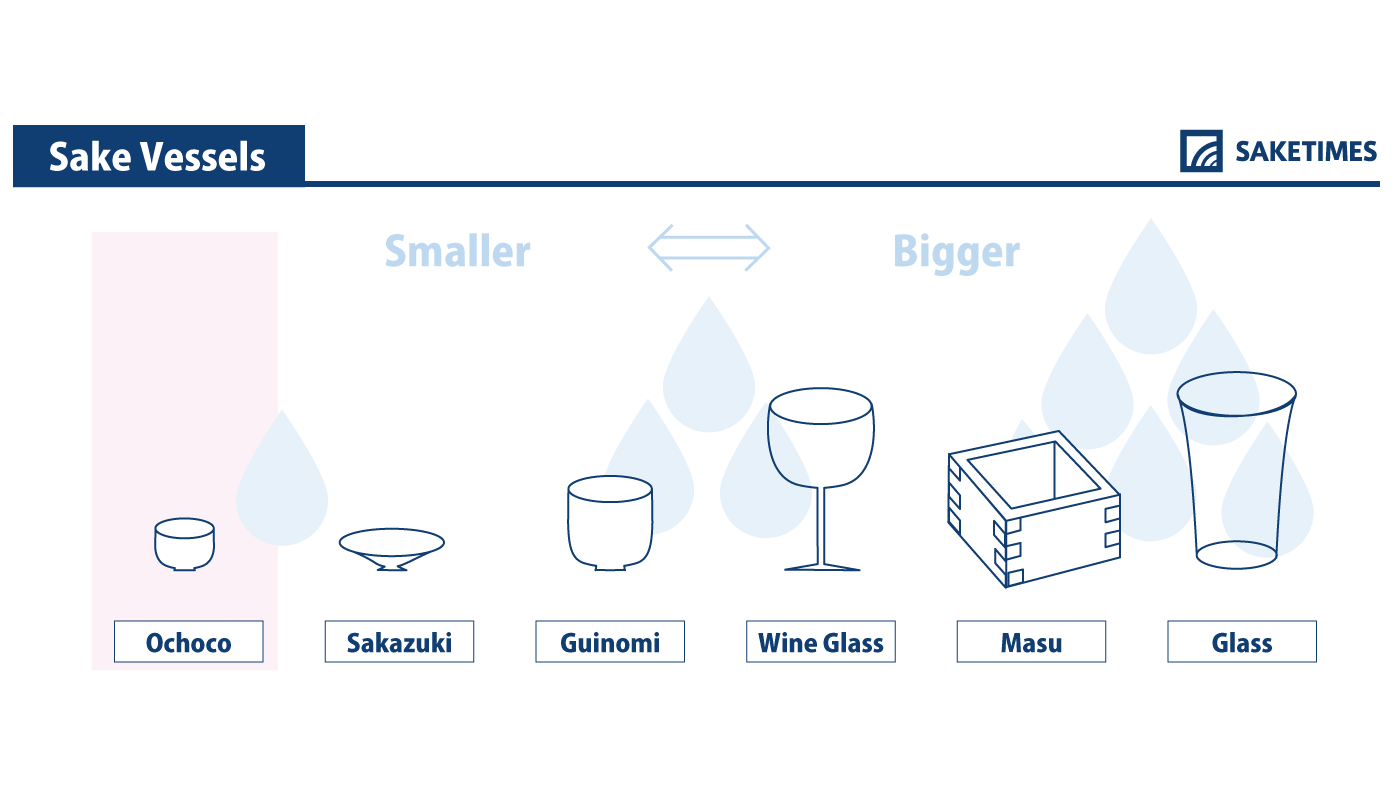 1. Smaller is better
Ochoko (also referred to as “choko”) is a small, standard vessel for drinking sake. The compact size promotes sipping (as opposed to “shooting” or “guzzling”), as well as regular interaction between surrounding drinkers and/or diners, as sake is typically served by others, and not self-served by the person drinking.

2. Service precision
Whether consuming sake warm or chilled, using a small vessel generally results in the drinker being able to consume the entire contents of the ochoko at the temperature which it was served, resulting in a more ideal – and in some service cases, more calculated – experience with the sake being consumed and/or served.

3. Get in shape
The look and shape of the ochoco has a significant impact on flavor. A broad rule of thumb is that the smaller the vessel will result in the dominant flavor(s) being more direct and pronounced. Narrow-rimmed glasses generally enhance the sense of sweetness, while wider rims allow for more acidic notes to flourish. Note however, that individual impressions of a cup’s appearance will also significantly influence the drinker’s interpretation of flavor and aroma. Choose wisely!

Learn More>> Choose the Best Cups to Elevate Your Sake Game
Learn More>> If you Like to Sip Your Sake, the Ochoko is your Best Friend
Learn More>> An Expert Shows You How to Pick The Perfect Cup for Your Sake