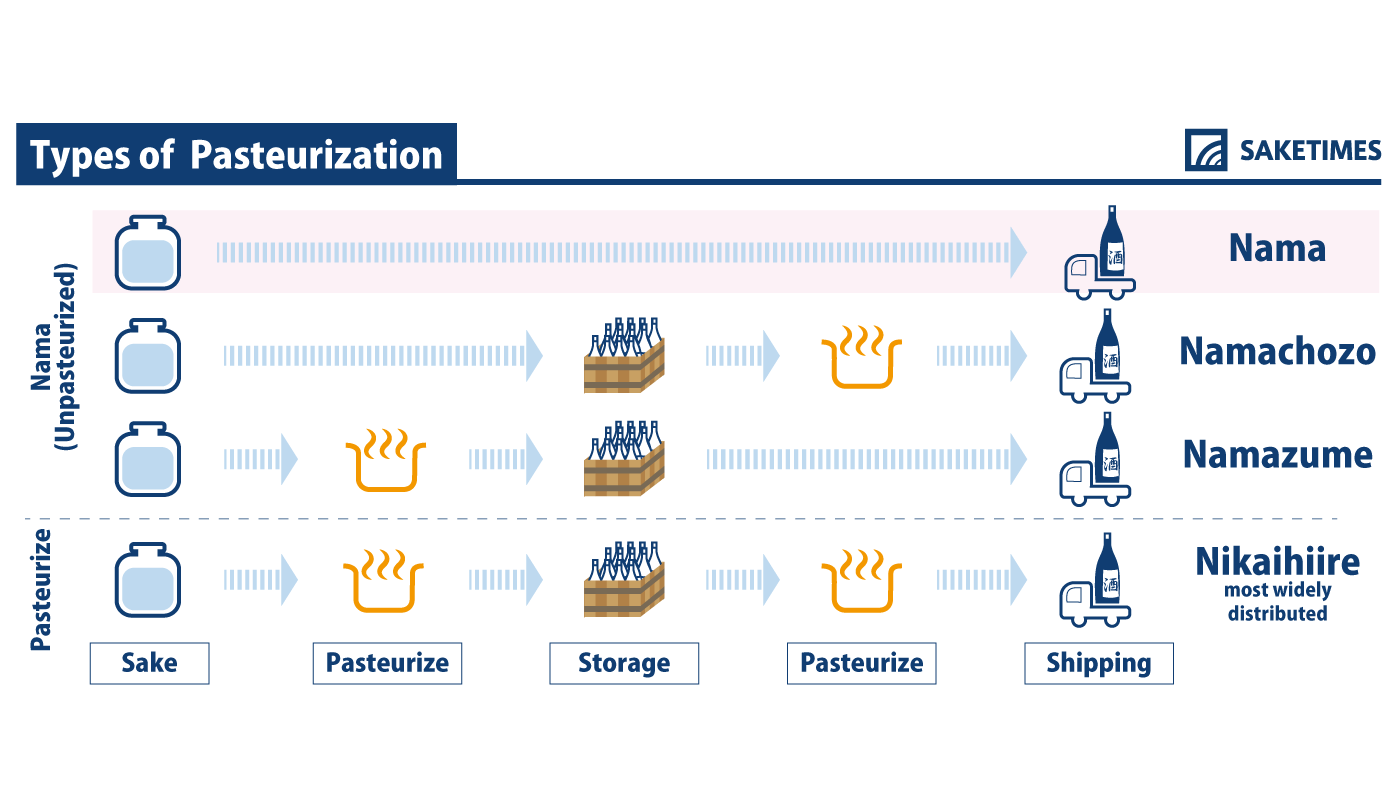 2. Active Enzymes
A majority of sakes are heated (pasteurized) in order to stabilize quality, however nama-zake forgoes this process. As a result, enzymes and microorganisms remain active, making nama-zake particularly sensitive to changes in the surrounding environment. Strict storage and transport conditions are generally considered necessary to help guarantee the quality of the product.

3. Previously Rare
Lack of pasteurization leaves nama-zake in a fragile state, and until relatively recently was available only on-location at breweries or in select places close to the brewing source. However, thanks to modern brewing and cold storage technologies nama-zake is now becoming more widely available.

Learn More>> Have you Tried Nama-zake?