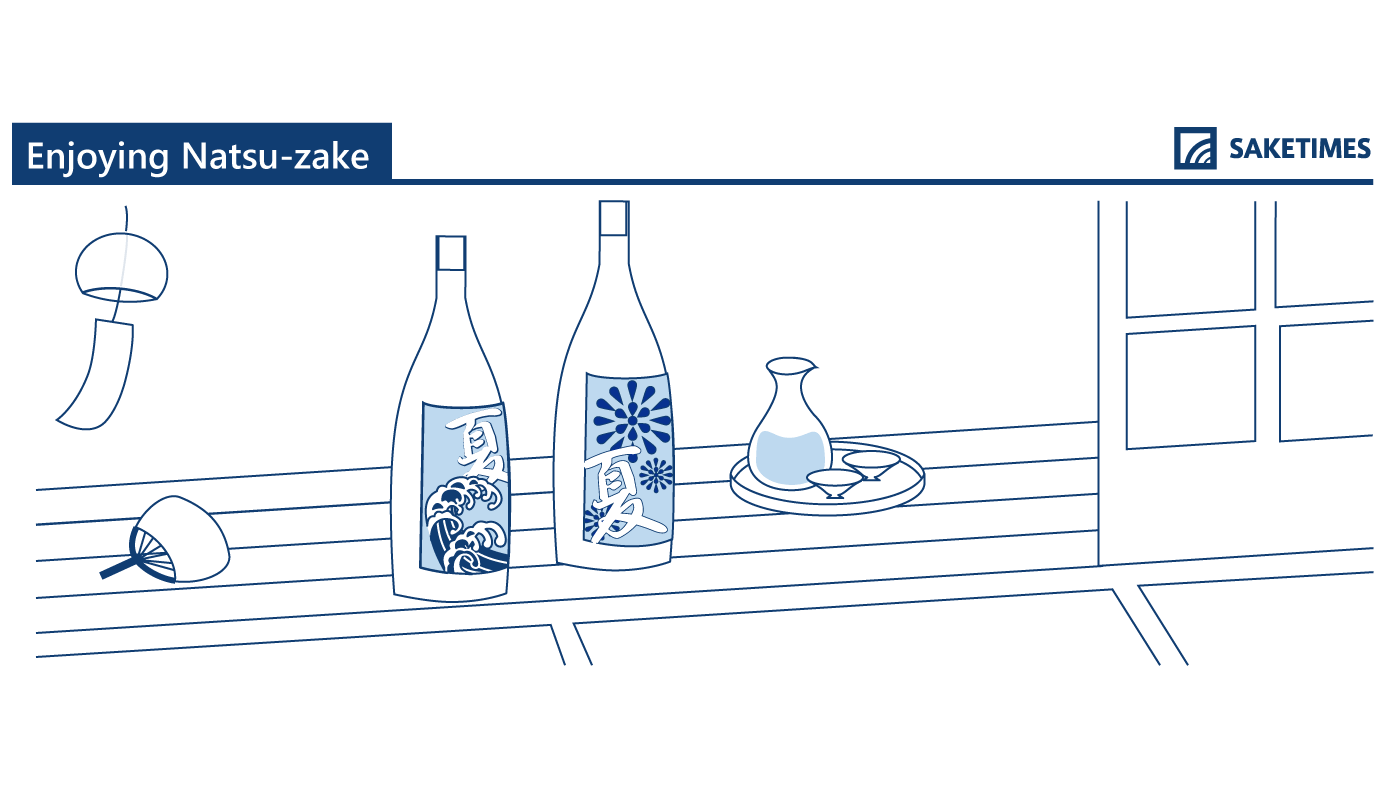 1. As the Name Suggests
Natsu-zake is sake crafted specifically with the year’s most sweltering season in mind. Generally hitting the market beginning in early-June, breweries across Japan create special, limited-time releases evoking feelings and imagery associated with the season, hoping to convince a thirsty market to seek relief in sake.

2. New Sake Culture
The term “natsu-zake” has actually only been around since 2007. As the sake industry struggles to carve out it’s niche in pre-existing beverage markets, the concept of natsu-zake rose in popularity as an alternative in a market typically captivated by ice cold beers, refreshing cocktails, and sparkling wines. With summer as a clear concept to work from, an array of new sake styles were born.

3. No Definition, Infinite Possibilities
There is no formal specification to determine what qualifies as natsu-zake, with each brewery developing it’s own angle on the concept. As “refreshing” tends to be an overarching theme, nama-zake tends to be common, as well as sparkling sake, drier profiles, light nigori styles, lower alcohol brews, or even bolder genshu to be served on-the-rocks. Note that “summer sake” are not brewed in the summer, they’re simply made to coincide with the season.

Learn More>>Have you Tried Nama-zake?
Learn More>>Genshu : SAKETIMES GLOSSARY
Free Sake Infographics: Feel free to download and use them freely from here to help you learn more about sake!