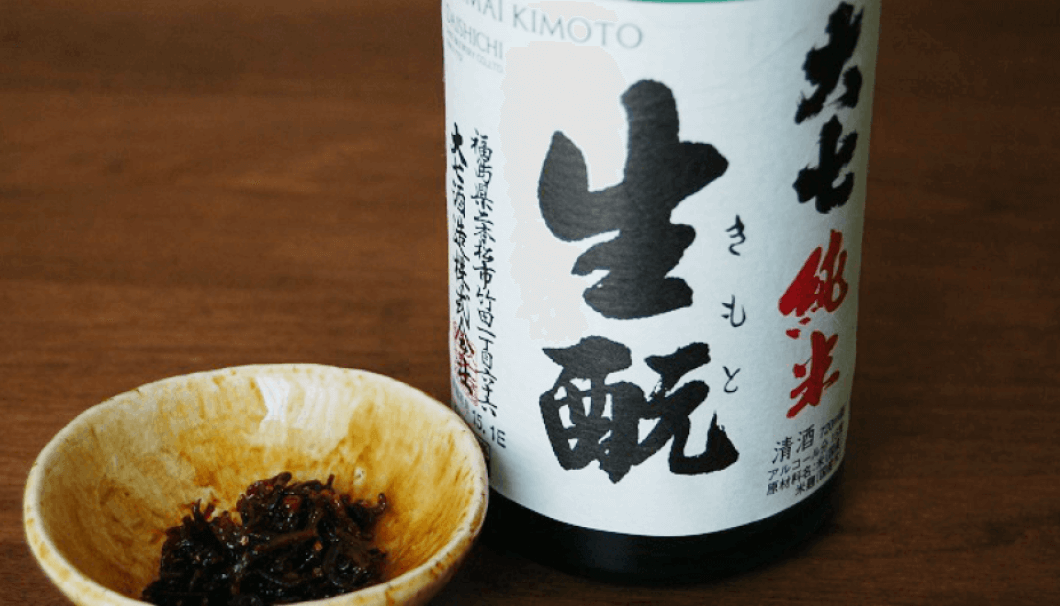 Kimoto and yamahai. These exotic-sounding terms may look intimidating at first glance, but they actually describe key processes in sake making. They’re good to know, not as mysterious as they sound… and taste great?

Both kimoto and yamahai describe historical methods in the brewing process that were, in the old days at least, crucial to bringing sake to life, and responsible for sake’s distinctive flavors.

In modern sake-making, brewers have replaced these deeply traditional techniques with newfangled brewing trickery. But, kimoto and yamahai live on — producing unique characteristics in sake that modern methods can’t quite replicate.

At its most pure, kimoto is a traditional brewing method that introduces a natural lactic acid bacteria to sterilize the yeast, water, rice and koji mixture that starts the whole sake-making endeavor. This bacteria also makes it easier for the yeast to do its thing and promotes alcoholic fermentation.

Brewers pull off the traditional kimoto method by grinding the rice with a paddle to introduce this bacteria in a procedure known as “yama-oroshi.”

Yama-oroshi and kimoto date back to Japan’s Edo era (1603-1867), and remained widely in use until relatively modern history. Edo Japan had yet to experience scientific revolution, so microorganisms were poorly understood by Japanese scientists and brewmasters alike.

Instead, at the time, the toji brewmaster relied on instinct, experience and his own very human senses to bring sake to life. Still, even without microscopes and the scientific knowledge to make sense of it, the toji of the time were inadvertently harnessing the power of nature and the microscopic world with kimoto.

Sake brewing can be divided into three main processes: koji making, moto (yeast starter) , and moromi (fermentation mash). Kimoto, then, refers to the process of moto making. Readers may also encounter the term shubo — an alternative name for moto.

The artificial addition of lactic acid does have advantages: it’s less susceptible to fluctuating environmental conditions, provides for faster brewing and is less labor-intensive, and makes it easier for brewers to keep consistent quality from batch to batch.

For these reasons, the sokujo method was developed in 1910 and has gradually picked up steam since. It’s now a default method for many brewers.

Yamahai is a Sibling of Kimoto

Yamahai is a derivative of kimoto, also involving the cultivation of lactic acid bacteria.

The key difference is that the yamahai method foregoes the aforementioned yama-oroshi step of rice grinding. Yama-oroshi, as touched on previously, is the process of grinding steamed rice and koji rice with a paddle called a kai before insertion into a tank to develop into yeast starter.  It’s hard work that requires stirring the rice every two to three hours for an entire day.

Yamahai, appropriately, means to omit the yama-oroshi process. In 1909, the National Institute of Brewing Research conducted an experiment and found no discernable difference in composition between the yeast starter that employed yama-oroshi and those that didn’t . This led to an increase in the number of sake breweries that made sake without the hard labor of yama-oroshi.

Why Do Brewers Make Kimoto and Yamahai?

Despite the sokujo method coming into vogue, modern sake breweries have begun to return to the traditional methods of kimoto or yamahai in recent years. This is because sake made with these methods has a different flavor from those employing modern methods.

Each product is different, but most have a deep and rich flavor. This is due to the various ingredients produced by lactic acid bacteria and their powerful fermentation. Kimoto and yamahai are the methods that bring out the full potential of sake.

Many kimoto and yamahai-brewed sake feature powerful and complex flavors because they are made using natural bacteria. Such characteristics also make these sake more attractive when served warm.

Kimoto and yamahai are the traditional methods of making sake. Many modern brewers may have replaced them with more modern, scientific approaches, but brews made from these age-old techniques are not only distinct and delicious — they’re a taste of history.