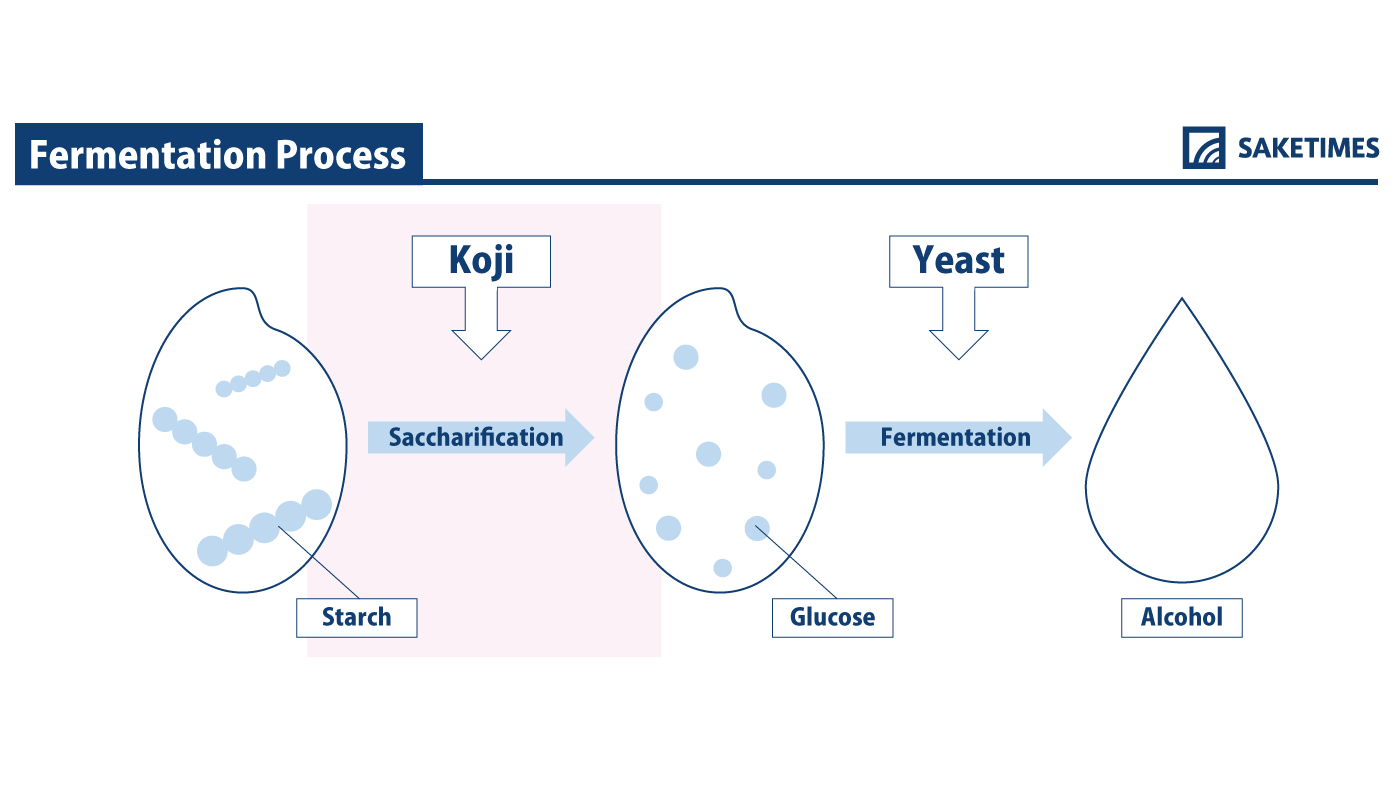 1. Wait, which “Koji” is this?
An astute question! For our purposes here, the “koji” that we are referring to is the variety of mold most commonly used in sake brewing known as aspergillus oryzae — koji-kin in Japanese. This mold is applied to steamed rice to make rice koji. While rice koji is used in the fermentation process for sake, it’s the initial application of the koji mold to the steamed rice makes fermentation possible in the first place.

2. No Koji, No Japanese Food — or Drinks
Koji is essential for making sake and most of the fermented food products that make up the foundation of most Japanese cuisine. Miso, soy sauce, mirin and all utilize koji, as do distilled alcohols like shochu and awamori. In short, koji is the magic that makes it all possible.

3. Kolorful Koji
Aspergillus oryzae is a yellow koji used to make sake, miso, and soy sauce. Aspergillus luchuensis is a black koji primarily used to make shochu which produces some very complex flavors. Then there’s white koji, aspergillus kawachii, which is a derivative of black koji. It’s primarily used in making shochu, but has been making its way into sake production as brewers try to harness its ability to produce citric acid. Brewers experimenting with white koji are producing tangy, more acidic flavors that will further diversify the sake world.

We try to keep it as simple as we can here in the Glossary section of SAKETIMES. For those that want to dig deeper, we recommend looking here, or if you want to get even more scientific, here.
Learn More>> Taste Japanese Fermentation Culture at the Kuramoto Stand Café