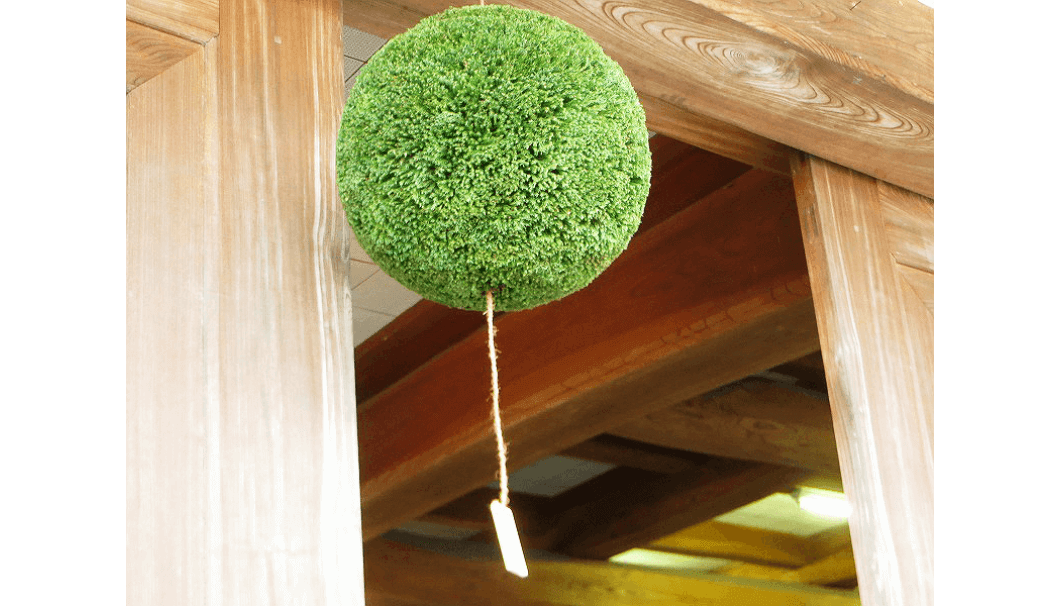 Exploring the meaning and origins of this iconic sake-making ornament.

Visitors to Japanese sake breweries or certain sake retailers may notice a large, fuzzy ball hanging from the eaves. This is a sugidama — literally “cedar ball” — made from the tips of cedar leaves. Sugidama also goes by the more prosaic name of sakabayashi, meaning “sake forest.”

Sake brewers and merchants typically hang sugidama around February or March to indicate the arrival of freshly pressed sake brewed over the recent winter. The balls are bright green at first, but gradually change color, eventually turning dark brown around autumn. This change reflects the maturation of the sake.

Sugidama originated at Omiwa Shrine in Miwayama, Nara Prefecture. Miwayama is said to be the birthplace of sake. The mythical deity of brewers, Ikuhinomikoto Takahashi, is also venerated at the Omiwa sister shrine, Ikuhi Shrine. The sugidama custom began at this shrine, with its deep connection to sake, then spread to breweries throughout Japan.

In the past, all sugidama were produced in Miwayama using local cedar, then shipped out across the country. Nowadays, many breweries make their own sugidama or have them made-to-order.

The link between cedar and sake

Many of the tools used to brew sake are traditionally made from cedar, including the wooden fermentation vats. In Japan, sake dished out at times of celebration is still typically stored in cedar casks, which lend their distinctive aroma to the drink.

Sugidama are totems of good fortune for sake brewers — a testament to the longstanding connection between cedar and sake.