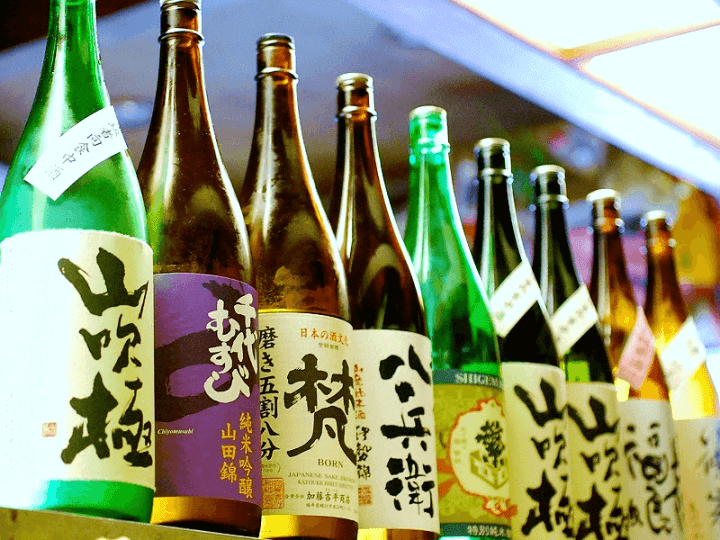 The Blueprint of Sake

What is sake? What is it made from? and how close is it to wine? Those are the questions we answer as we breakdown the blueprint of sake.

What is the Definition of Sake？

First of all, there are actually two words for the beverage. In the West it is called sake. However, in actual fact, in Japanese, sake refers to anything that contains alcohol. If you were to walk into a bar and try to order sake using the word ‘sake’, you might as well picture that familiar scene from Westerns where a stranger walks into a bar and everyone goes silent. In Japan, it is sometimes referred to as sake — sometimes preceded with the honorific O, O-sake — if the context is clear: i.e. if you are in a place that sells only sake. On the other hand, the correct term for the rice-based fermented beverage is Nihonshu (LIT: libation of Japan). Use Nihonshu if you want to avoid any confusion; for the most part it will be referred to as Nihonshu in this article.

The legal definition of Nihonshu is that which fulfils the below conditions. It is referred to in the industry as Seishu (LIT: clear alcohol). The opposite to this is something called Dakushu (LIT: muddy sake) which comes in various forms, one of which is Doburoku, the vestige of a type of home-brew sake that was popular all the way up to its prohibition in Meiji Era Japan. This is not to be confused with Nigori sake a slightly opaque / cloudy sake as a result of being pressed through a coarse filter which is part of the Seishu category.

・Up to 22% alcohol by volume
・Filtered / pressed fermented-alcoholic-beverage made with rice, koji and water.

What is it Made From？

To make Nihonshu you need rice, something called koji, and water.
Generally speaking, the rice is a special type which is specifically suitable for brewing.

The Koji is basically a malt which performs the role of saccharification (glucose conversion). See this article for more details.

If we were to go into more detail, there are a whole host of other elements, all of which play a very important role in the process, but are the subject for another article. To start with, an understanding of the 3 core ingredients is more than enough.

Wine and sake belong to the same category: fermented alcohol.

Whiskey and Shochu go through a distilling process which uses the different boiling points of water and alcohol to extract a higher level of alcohol; wine and sake both get all their alcohol from the raw ingredient: in the case of wine, grapes; sake, rice.

Sake has even started to make an appearance in wine contests such as the most famous in the world, The International Wine Challenge, which it joined in 2007. Various different categories are setup to judge the different style on offer. This is proof if proof was needed that sake is making a name for itself on the world stage.

The next time you go to an Izakaya, why not break away from convention and try Nihonshu!

HOME > The Blueprint of Sake