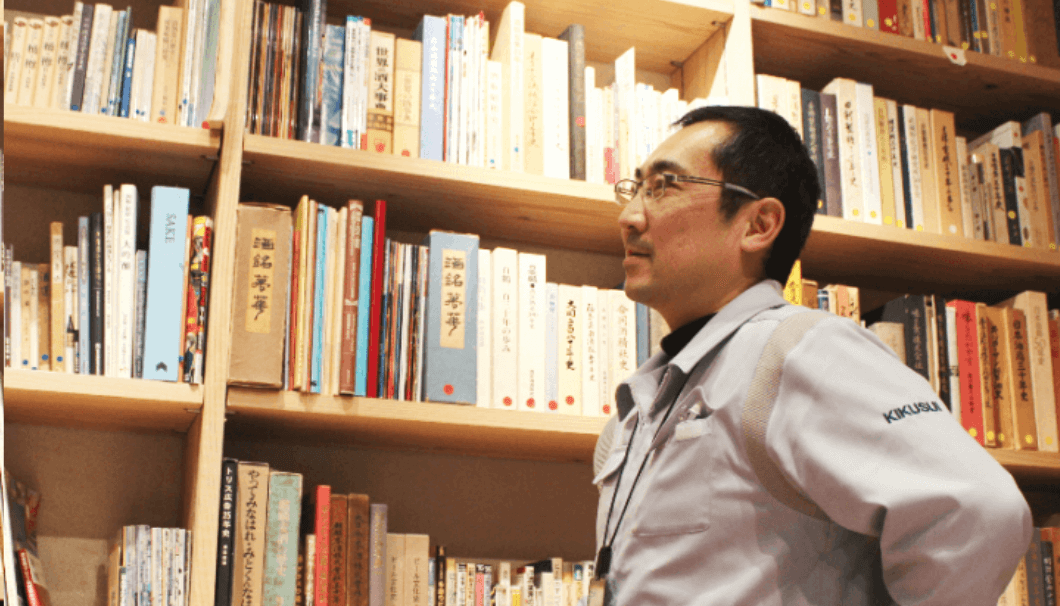 Interview : The Secret Behind KIKUSUI Sake

We speak with one of KIUSUI's top engineers on sake brewing, the friendly relationship shared by Niigata’s producers, and delivering new experiences to sake fans.

When asked point blank to spill KIKUSUI’s brewing secrets, Miyao answered, straight-faced: “What would you like to know?”

A KIKUSUI recipe recently winning accolades at a competition among Niigata-area brewers is publicly available, he says. This makes the recipe available not just to sake enthusiasts and insiders, but to KIKUSUI’s own competitors.

“If you take the prize,” Miyao says, “the recipes go up on public record. What kind of water you’re using, what kind of koji, your yeast, your temperatures. All of it.” 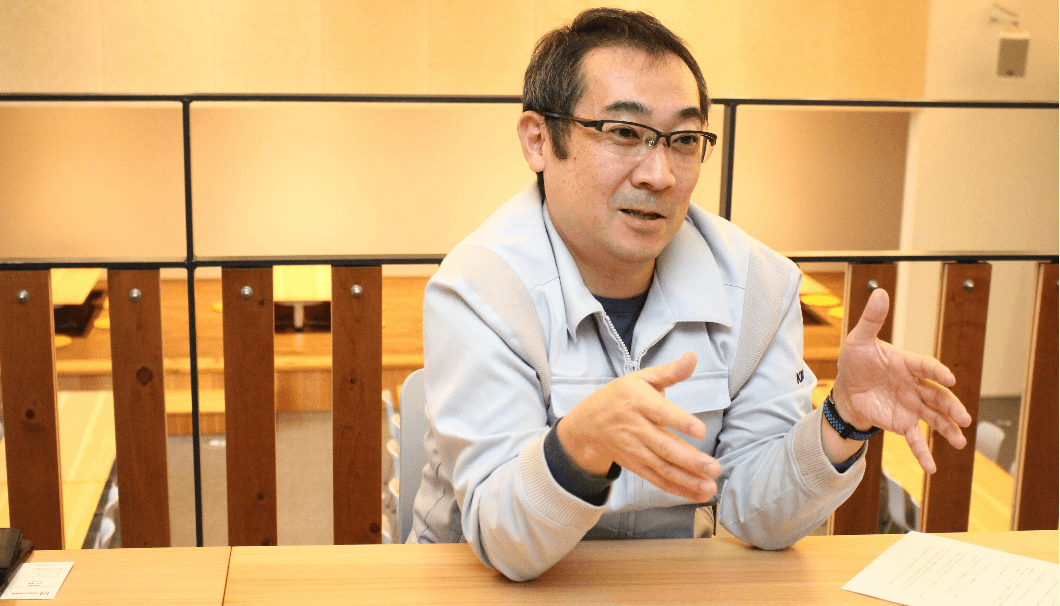 In the world of food and beverage creation, from craft beer to wine, Coke to fried chicken, a manufacturer’s recipe is often a closely guarded secret. Stories abound of certain companies’ flagship recipes being locked away in vault-like rooms – from Coke’s exact production process to KFC’s secret spices – with only a handful of privileged individuals allowed access.

So, it would seem counterintuitive for a sake manufacturer to readily offer up not just any recipe, but an award-winning one, for all to see. Yet it speaks to the extremely regional nature of sake that a recipe doesn’t guarantee third parties can recreate a given label’s flavors.

“The nature of the rice will differ depending on storage conditions,” Miyao muses. “Plus, each locality’s rice has its own characteristics. If you get a recipe and go back to your own brewery and try to recreate it, you’re not going to get the same flavor.”

In other words, even individual breweries can have some trouble replicating their own flavors, with numerous factors coming into play – including year-to-year differences in the quality of a particular field’s rice yield and subtle variances in storage conditions – so perhaps brewers are too busy ensuring the quality of their own product to make time to steal a rival brewer’s recipes.

Working Together to Elevate Sake

Miyao, one of the more senior members of KIKUSUI’s team, is himself a sake master extremely well-versed in the ins and outs of sake making and, as a long-time resident of KIKUSUI’s native Shibata area, is a member of Niigata’s surprisingly tight-knit community of sake makers.

“Sake makers in Niigata exchange sake knowledge with each other pretty openly,” he says. “In the old days, toji would grow rice in the summer, then travel over to the breweries to get to work. It was natural for the toji of [the different breweries] to get together and exchange information. Even now, there are a lot of events that see [sake industry people] getting together to share information, especially here in Niigata.” 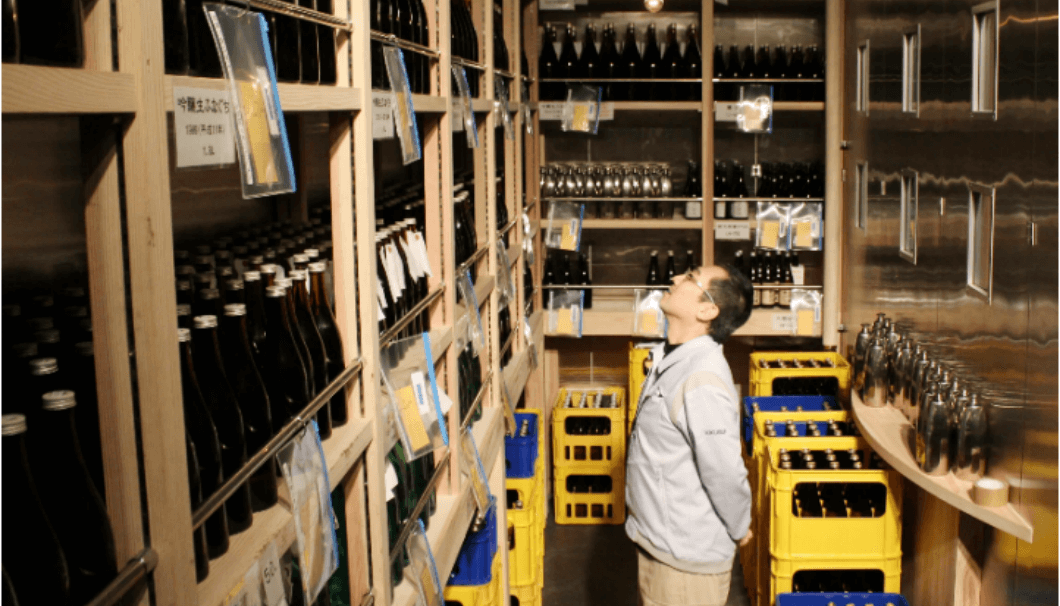 Sake makers’ unusual closeness in Niigata speaks to a lot of the traditions, mythos and spirit of sake brewing that sets it apart from other drinks. There’s a dedication to an artisan craft so unwavering and deeply-rooted that sake makers are willing to share their own secrets – and even new experiments they’re working on – with competitors in the name of improving the quality of sake everywhere. Presumably – at least indirectly – at the expense of individual profits.

“For a long time, I’ve been experimenting with mixing two different yeasts, just to see the results,” Miyao says of his own experiments. “It often results in a profile that’s difficult to reproduce. But if you carefully mark the ratios, that gives you a variation that you can revisit.

“It’s not a super difficult task, honestly,” he continues. “There are no secret skills you have to employ for a better sake, necessarily. If you change the nature of the yeast, that’ll yield a different product.”

So, if Niigata brewers are freely sharing recipes with each other, and – according to Miyao, anyway – there’s no particular “trick” to the whole thing, how might a brewery like KIKUSUI go about setting itself apart from the crowd?

“Our aim is to enrich people’s lives [through sake],” Miyao says.

“We actually have a whole department dedicated to growing our own local rice, and then making a variety of products from that. We’re actually making miso there [in addition to sake].

“But using local ingredients – that’s always been something we’ve done. Even up to now, we’ve used 80-90% Niigata rice… What it gets down to is, we’re at a point [technologically] where whatever sake you drink, it’s generally going to be pretty good. I drink sake from other makers myself!” Miyao reveals with a laugh.

“So what we’re trying to do is put something together where we can educate people about the sake they’re drinking.”

Miyao is referring to the KIKUSUI Sake Culture Institute, a space for sake enthusiasts and newcomers alike to learn more about sake, its production process, history and cultural background. The institute opened to the public just this year with the goal of bringing sake knowledge to the masses. 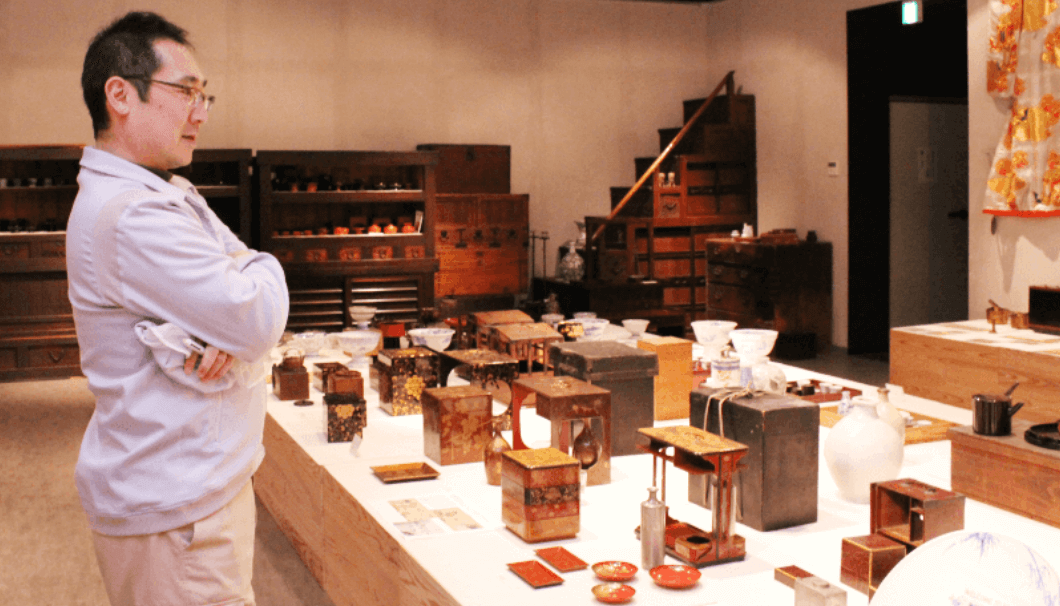 The institute isn’t focused solely on KIKUSUI’s brand, but sake in general, as Miyao reminds us.

“It doesn’t matter where it comes from. The point is to give people this information so they can explore sake and the ways to enjoy sake themselves.”

KIKUSUI emphasizes creating new experiences for consumers, in part with the Sake Culture Institute. Here, sake drinkers can find for themselves what makes sake special to them. Ultimately, KIKUSUI’s gamble is that by providing consumers with these sake experiences, the brewery can rise above the competition – who, after all, by KIKUSUI’s own admission, are also churning out high quality product.

“If you don’t have all this background knowledge, then at the end of the day, you’re just buying sake, drinking it in whatever glass you’ve got at home, getting a little buzzed, then going to sleep. We want people to experience for themselves, ‘If I pair [a certain sake] with this food, or drink it from that glass…’ that’s where the real meaningful learning takes place, and where personal discoveries are made.”