Amazake is a sweet, cloudy drink with a venerable history going back over a thousand years in Japan. This article taps into its sweet potential.

According to the Nihon Shoki (Chronicles of Japan), amazake dates from the Kofun period – about 300 to 538 CE. Nowadays it’s commonly served on Girls’ Day (Hinamatsuri) festivities in early March and to people making their first shrine or temple visit of the New Year, known as Hatsumoude. But, amazake can be much more than just a celebratory seasonal drink.

Not that kind of sake

The name “amazake” is written with the characters for “sweet” (甘) and “sake” (酒). Despite being called “sweet sake,” though, it contains little to no alcohol. One version of amazake is made by adding water and sugar to the kasu (lees) left over from the sake brewing process. As the lees contains alcohol, this version is ever so slightly (1%) alcoholic. The other is made by fermenting rice porridge with kome koji (rice inoculated with Aspergillus oryzae) until the starches in the rice turn to glucose. Yeast is not added during this process, so the glucose isn’t converted into alcohol.

Children can drink this non-alcoholic version, which is supposedly so nutritious and easy to digest that it’s sometimes even given to weaning infants. Both versions resemble rice pudding and are served as drinks after a quick pureeing and dilution with water.

Drink (or eat) it for health

Sometimes described as a “drinkable IV-drip” by proponents, amazake is considered a probiotic. It’s said to be effective for skin care, hangovers, upset stomachs, digestion, constipation, and maintaining healthy intestinal flora. A 2013 study even found it helpful for patients with cirrhosis of the liver. Although best known nowadays as a warm drink served in the winter, during the Edo period street hawkers would also sell it as a kind of energy drink for people suffering from natsubate (heat fatigue) in the summertime. 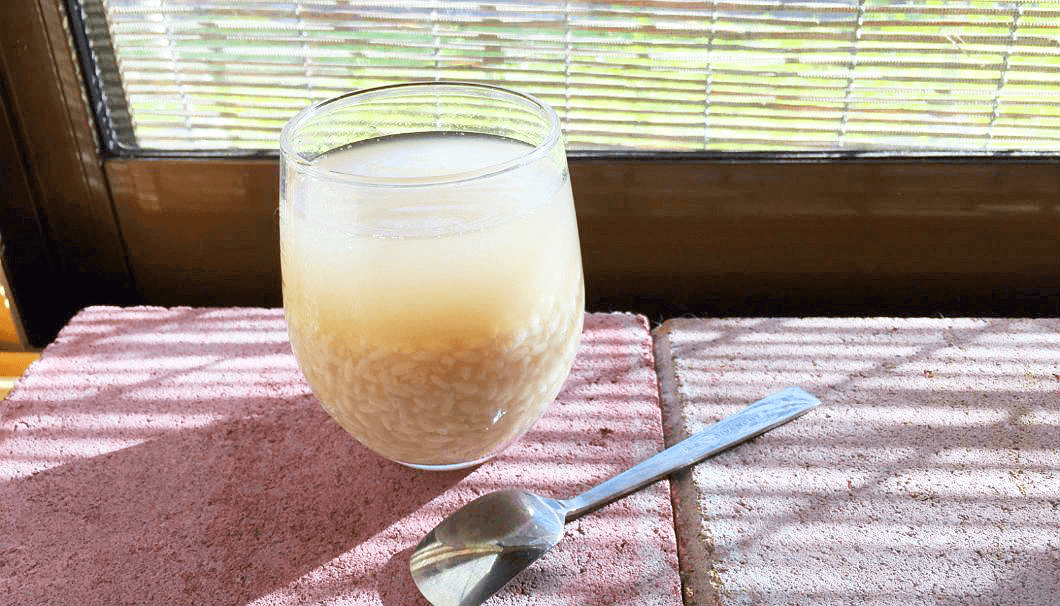 Being made from rice means that amazake is naturally gluten-free, non-dairy, and vegan. It contains vitamins B1, B2 and B6, plus a long list of other minerals and nutrients including folic acid, dietary fiber, oligosaccharide, cysteine, arginine, glutamine and amino acids. Amazake can be used as a natural sweetener or a milk replacement, and can even be made into smoothies, desserts, baked goods and baby food.

In Japan, non-alcoholic amazake is sold in convenience stores and supermarkets, and some Asian supermarkets overseas may carry it, too. Many people also make their own at home in a rice cooker or yogurt maker. Either way: eat it straight, pour it over ice for a refreshing energy booster in the summer, heat it along with some ginger for a winter warmer…the possibilities for amazake are endless!