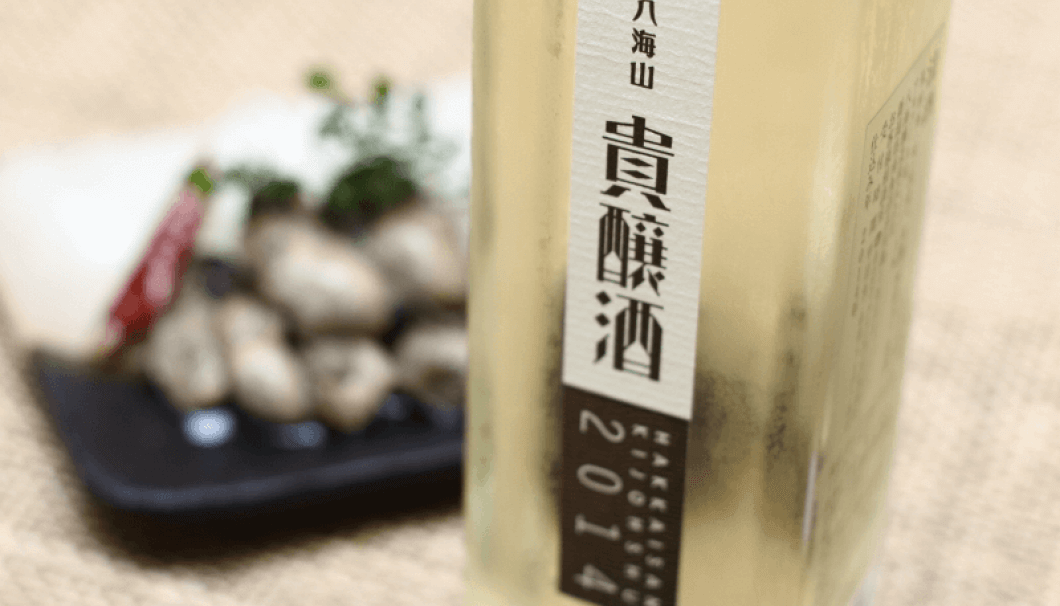 Kijoshu sake is notable for its uniquely viscous texture and sweet, elegant flavor profile. These properties distinguish kijoshu from other sake varieties. Achieving these unique characteristics requires special techniques that may have been around a surprisingly long time. Here’s a primer on this sweet, sophisticated brew.

Sake is generally made with three main ingredients: rice, rice koji and water. Kijoshu replaces some or all of the water with finished sake. Usually in sake brewing, each ingredient is divided into three and added separately in stages to create the starter mash that enables fermentation. Kijoshu typically adds two parts water but substitutes the third for sake.

During sake brewing, yeasts break down the sugar in the rice and convert it to alcohol. When sake is added in place of water, the additional alcohol causes the yeast to become less active. This means the mash will contain additional sugar, making kijoshu sweeter than regular sake.

The National Research Institute of Brewing developed kijoshu as recently as 1973 as a high-end sake distinct from other pre-existing varieties. However, references to brewing sake with sake date back as far as the Engishiki, an ancient Japanese record of laws and customs written in 927 A.D. Some say that the origins of modern-day kijoshu can be traced back to this method.

The term “kijoshu” is a registered trademark of the Kijoshu Association. Only breweries that are members of this association are permitted to use the term “kijoshu” on their sake labels. Otherwise, the sake must be sold under another name, such as “jojo.”

Kijoshu is typically yellow or amber in color, with a sweet, rich flavor somewhat reminiscent of botrytized wine made from withered grapes. Due to its thick, syrupy texture, this sake can be diluted with water and also works well poured on top of vanilla ice cream.

Like a fine brandy or rum, it’s best to savor this luxurious sake slowly, either paired with a dessert or as an after-dinner digestif.