Shimpaku, sometimes spelled shinpaku, refers to the opaque core of starch that occupies the center of a rice grain. Generally speaking, the shimpaku is only visible in designated sake rice or shuzokotekimai, although all rice features a starchy center of some kind. Sake rice tends to be special in this regard as the proteins and lipids are housed in the outer layers of the grain, allowing starch molecules to form in the center, whereas the elements are more dispersed throughout the grain in table rice. In some shuzokotekimai, the shimpaku can occupy as much as 50-70% of the grain.

How does shimpaku happen?

Most sake rice today is the product of careful cross breeding, with various degrees of shimpaku-forming strengths. While yamadanishiki is known for its more compact shimpaku, gohyakumangoku shimpaku have a larger volume in relation to the size of the grain. Big isn’t universally better when it comes to shimpaku, though. Rice with a higher shimpaku ratio can only be polished so much before the grain cracks or the core is exposed, but a too-small shimpaku brings the risk of not providing enough for the koji to healthily feed on.

Another factor affecting the formation of shimpaku is climate and weather. Much like grapes used in wine, sake rice thrives in environments that provide sunny days and cooler nights. This explains why the same variety of sake rice grown in different regions can have a vastly different price point, or how certain years have seen better quality harvests than others.

A suitably-sized and well-defined shimpaku that is uniformly present throughout a batch of rice is an important factor in determining the quality of sake rice. This is because rice with such qualities helps make brewing more predictable, manageable, and fail-proof for the brewer. Rice with prominent and well-defined shimpaku allows koji to gain access to starch, its source of energy, and propagate more easily once the outer layers of the rice grains are removed. Koji-making is arguably the most critical process in brewing, and any deviance from the recipe, especially when brewing premium sake, can spark costly setbacks for the brewery.

In addition to the presence of shimpaku, larger grains are considered a desirable feature for sake rice. This is measured by the weight of a thousand grains. For instance, a well-known variety of table rice, koshihikari, typically weighs less than 22 grams per thousand grains, whereas sake rice like yamadanishiki can weigh up to 30 grams. Larger grains with a well-concentrated shimpaku means the rice can stand up to a higher degree of milling, required to make daiginjo-grade sake. 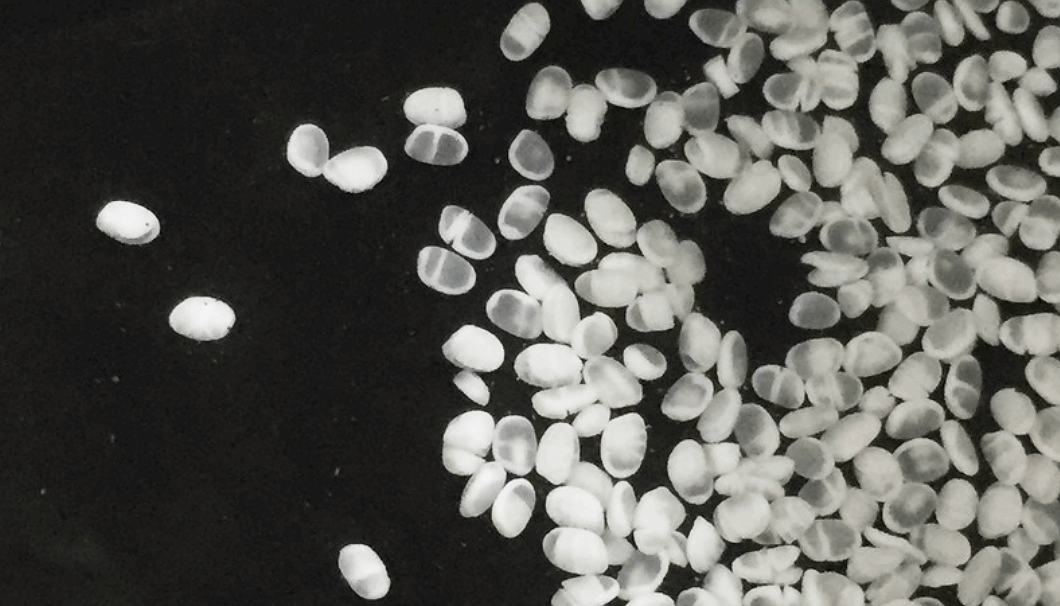