In the news this week: Things are heating up in the sake world with the nation’s top hot sake awarded for 2019. Then, instead of two news stories, we’re taking a more in-depth look at how the recent Yamagata earthquake affected sake breweries and how the local business community is banding together to help.

The results are in for the national hot sake contest known as the Kan Sake Award 2019, in which various types of sake are judged at temperatures of 45℃ (113°F) and up. This year, 905 brands from 268 breweries participated.

In the contest, sake is warmed up in a hot water bath in a room away from the panel of 39 expert judges. It’s then served blind by a staff of 40 to ensure judges are sampling the sake at the proper temperature. All the sake is scored and the 30% with the highest average scores receive “Gold Awards,” while the top 5% of those get the coveted “Saikou Kinsho” (equivalent to something like a platinum award).

The nineteen winners of the Saikou Kinsho platinum award at Premium Warm categoly this year are:

Congratulations to all the winners, and thanks to the hard work of the judges and organizers of Kan Sake Award 2019! Now we know what to stock up on in time for winter.

On June 18, at 10:22 pm the Magnitude 6.4 Yamagata Earthquake struck parts of Yamagata Prefecture. Luckily, no lives were lost in the quake, but tremors caused significant damage to area sake breweries. These businesses often work out of traditional structures and make a delicate, limited stock intended to last for the year.

SAKETIMES reached out to breweries in the Oyama district of Tsuruoka City to get a sense of the toll taken by the earthquake. Kato Kahachiro Brewery had about 36,500 bottles of sake topples over, 10,000 of which were damaged. The brewery itself also took heavy damage, with some walls cracking or collapsing. Fuji Brewery was also hit hard, with collapsed walls and fallen ceiling beams. They lost about 500 bottles of sake and suffered spillage amounting to another 1,000 bottles. 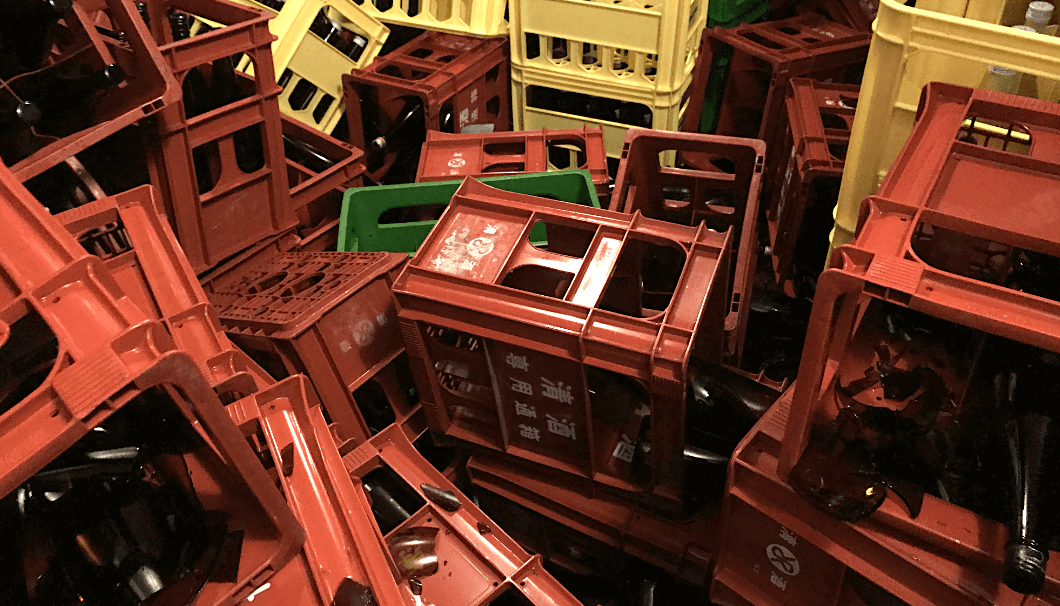 Damage like this, requiring costly repairs, and loss of commodities is enough to put small operations like sake breweries on the brink of collapse. This is why a group of concerned residents with the Youth Group of the Yamagata Ryokan, Hotel, and Healthy Living Business Association stepped in to help.

SAKETIMES talked with Takehiko Shoji, tenth-generation owner of the Tsukasaya Ryokan and director of the association’s youth group. “I learned from the news that the sake breweries in Oyama, which are a part of our attractions, were damaged,” said Shoji. “I went straight over to help clean up bottles. Even when it was finished the breweries were full of the smell of sake and I understood how serious the problem was.”

Shoji held a meeting with the youth group to discuss ways they could help the breweries. The solution was both simple and effective: Have local ryokan, hotels, and onsen bathhouses sell the damaged bottles through their own businesses. Since the sake is served in cups there, customers don’t need to see the normally unsellable scratched and scuffed glass bottles. 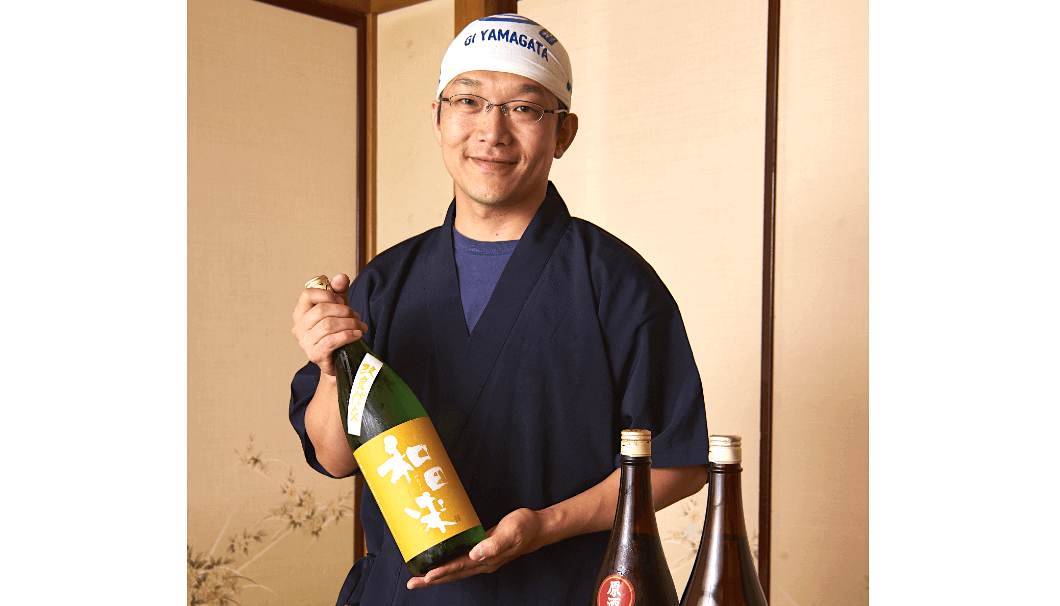 Takehiko Shoji, tenth-generation owner of the Tsukasaya Ryokan and director of the association’s youth group

A total of 54 venues in Yamagata have signed on for the plan and will begin offering quake-recovered sake at different points in the near future, as they too have to deal with varying levels of repairs.

Other plans were made as well. Oyama area inns Atsumi Onsen, Yunohama Onsen, Yuna Hot Spring Yaotome, and Yutagawaonsen Shomen Hot Spring are offering special package stays until the end of September that include sake from the afficted breweries.

Special “Mokkedano” (a word that means “thanks” and “lucky” in the regional dialect) sake will also be sold. These are 180 1.8L bottles and 100 720mL bottles of sake whose contents are unidentifiable because of the quake. It’s a fun challenge for any sake enthusiast to try and figure out what they are drinking by taste alone.

We asked Shoji if he had any final words to our readers on how they can help and his answer was very simple: “I really want everyone to visit the onsen of Yamagata Prefecture and drink some sake in the Oyama area. I would like you all to enjoy the sake crafted in this environment with its ingredients while relaxing at one of our many ryokan.”

Supporting a good cause has probably never been more fun and relaxing than this.