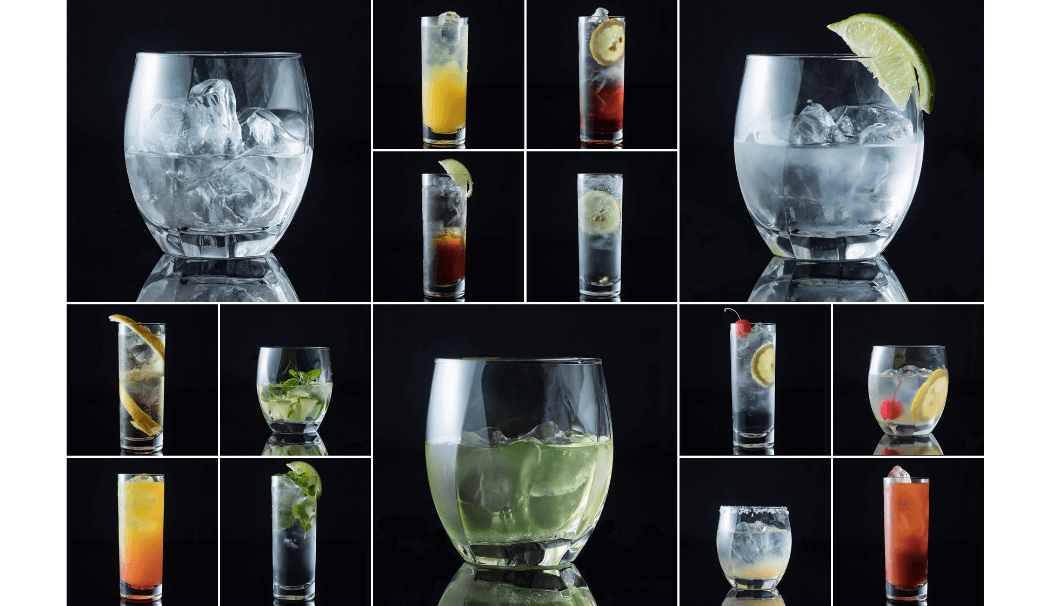 In the news this week: Sake cocktails get their time to shine in a survey to find the very best mixes. Then, Pharrell Williams is no doubt happy to share his new sake brand, available in Kyoto. Finally, sake and shochu get a big break in Spain, being showcased at one of the country’s biggest wine competitions.

Although sake is often thought of as a stand-alone drink, it actually has a lot of potential in the world of mixology. To highlight this fact, Nihonsakari conducted a survey of 1,107 sake fans to find the best sake-based cocktails in a range of categories.

The top honors in the coveted category of “Sake Cocktail I Most Want to Drink Now” went to Kachiwari Nama Genshu which is basically sake on the rocks. It was chosen from among 15 candidate cocktails (listed below) that are all easy to prepare at home using commonly found ingredients.

Samurai Rock was also a big winner, earning the most votes in the “Most Photogenic Sake Cocktail” – due to its striking green color – and “Most Likely to be Accepted Overseas” categories.

Matcha Wari – Sake mixed with green tea – also ranked highly in all the mentioned categories. Many thought it would sell well in foreign countries due to its combination of two quintessential Japanese tastes.

But whatever the choice, sake cocktails appear to be a winning combination with about 70% of voters saying they will continue to drink them in the future. It’s just one more way to experience the already diverse world of sake.

Music artist Pharrell Williams, known for his megahit song Happy, recently teamed up with Japanese producer and entrepreneur NIGO to create a new line of sake in Japan.

This sake is sold in a special section at the recently opened HUMAN MADE 1928 store in Kyoto. The store has been getting a lot of buzz for collaborating with other top names like Adidas, Girls Don’t Cry, and Nike.

Sake, on the other hand, is a bit of a departure from the fashion goods typically sold at the venue, making STORM COWBOY something of a collectors’ item among sake brands. The bottles themselves are all adorned with the HUMAN MADE logo for an original and bold look.

The 15th CINVE, Spain’s leading wine competition, held it’s first-ever sake and shochu division competition from March 31 to April 3. The event is a government-sponsored contest that’s been held in various parts of the country since 2007.

This time, about 200 sake and shochu brands from more than 50 breweries all over Japan were exhibited. A panel of experts, including a top sommelier and a Michelin-star-winning chef and other sake industry insiders, judged each.

In the sake category, the top prize went to Urakasumi Yamada Nishiki Junmai Daiginjo from Shiogama City, Miyagi Prefecture. In shochu, Nekka, from a brewery of the same name in Tadami, Fukushima, received the grand prize. Both drinks were honored at a special ceremony on May 1 in an El Corte Inglés department store, where the brands are also on sale.