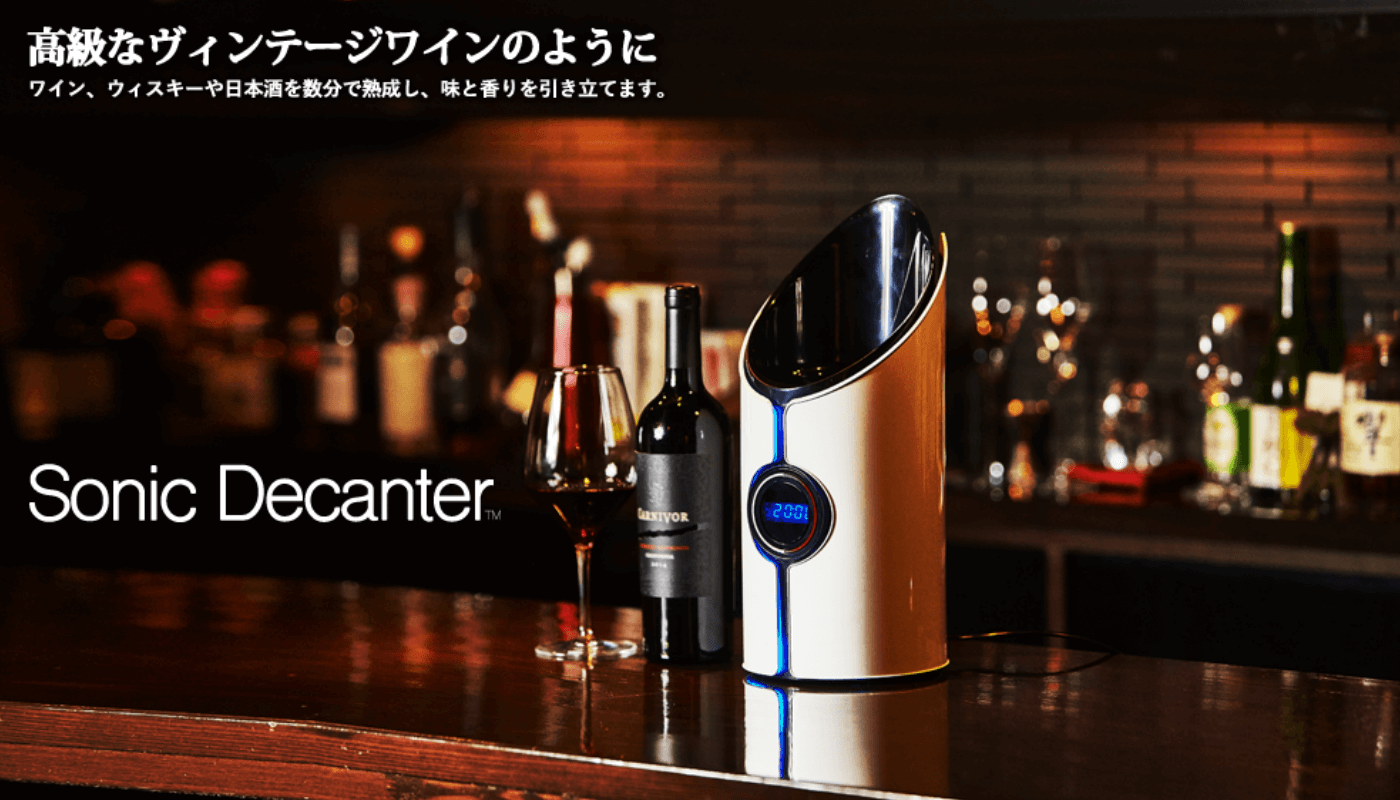 Dionysus Technology Concepts has invented an ultrasound decanter for wine, whiskey, and yes, sake. The The Sonic Decanter uses soundwaves, agitation, and air bubbles to remove oxygen and accelerate the decanting process. In less than 20 minutes, the flavors and aromas of alcoholic drinks are improved. The Sonic Decanter received 600% of its crowdfunding goal on Makuake crowdfunding site and the distributor, Hands Aid Co., says it can’t keep up with overseas demand. The decanter is set to hit shelves in Japan this spring. No word on overseas sales yet, but we’ll keep you posted.

2. Hidetoshi Nakata’s CRAFT SAKE COMPANY and Chivas Regal are teaming up for a Japan-Scotland craft collaboration

The project combines the cultures of Japan and Scotland by mixing traditional techniques of Japanese sake brewing with Scotch whiskey making to create an entirely new taste. Under the supervision of JAPAN CRAFT SAKE COMPANY, the sake of “Masuda Shuzo” (makers of Masuizumi brand sake) are being matured in barrels used for aging Chivas Regal whiskey. It’s the first such sake collaboration for the Chivas Regal brand. The aged sake is scheduled for release around June 2018. We’ll update you when it comes out!

In an industry first, AI (artificial intelligence) is being implemented in attempt to improve sake production.

The internationally renowned Ninohe City (Aomori Prefecture) based sake producer of “Nanbu Bijin” (Southern Beauty) has become the first to use artificial intelligence to help create its sake. The brewery has partnered with Tokyo based ima (pronounced Ai-Mah), a tech company specializing in market research for traditional industries.
The project is attempting to digitally optimize water absorption time for sake rice by digitizing the experience of toji, the brewery master. Toji decides the water absorption time by looking at conditions such as the kinds of sake rice, rice milling ratio, temperature, and the like.

Kosuke Kuji (45) of the fifth generation Nambui Bijin explained, “When the water absorption rate changes even by 1%, the finish of the sake is greatly changed.”

With Japan’s decreasing population, the hope is to eventually help sake producers that suffer from shortage of people.

“Artificial intelligence is not a substitute for craftsmen, it will always be supplementary to sake making.”