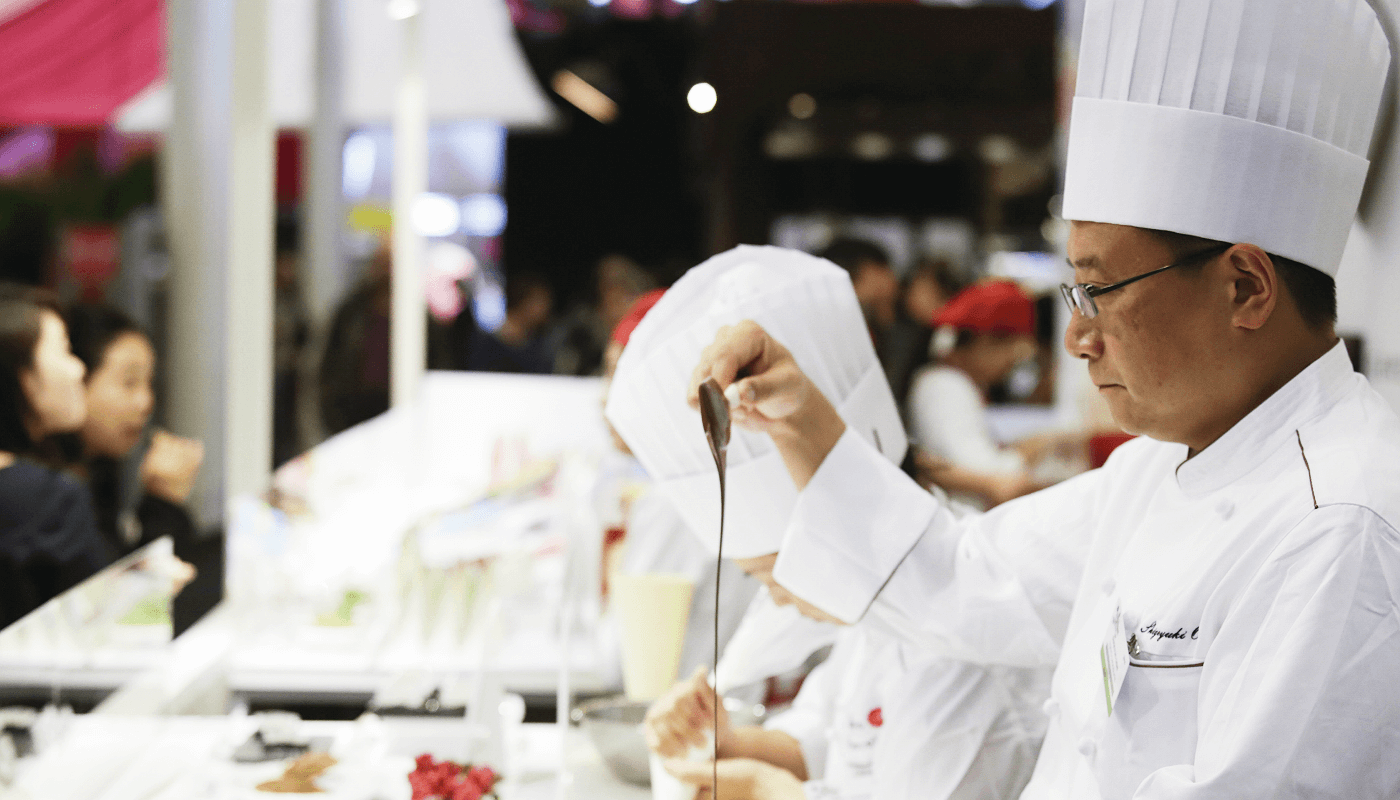 “We served room-temperature sake as a pairing with our chocolate at the Paris Salon du Chocolat in October 2017. I watched as skeptical faces were won over by the delicious flavor. At any temperature, sake suits chocolate very well.”

Oishi Shigeyuki is the chocolatier of chefMary Chocolate Company. Oishi joined the company in 1995 and began participating in the world’s biggest chocolate exhibition, Salon du Chocolate in 2000. In 2017, he received top prize for the second year in a row from French chocolate rating authority C.C.C. (club des croqueurs de chocolat) for his work with prestige brand Tokyo Chocolate. Oishi received an additional award in the foreign category. To compete with the best of the world’s chocolate producers Oishi chose sake as his secret weapon for three specific reasons. 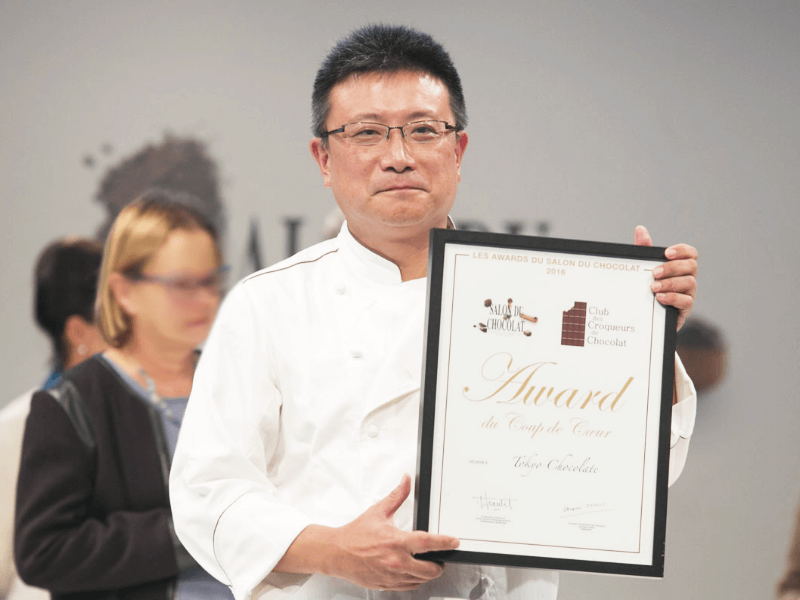 1. Sake enhances the flavor of ingredients

“Using Daiginjo sake we are able to bring out the fruitiness in our ‘Yuzu & Sansho’ (citrus and Japanese pepper) chocolates.”

Oishi uses sake to draw out hidden flavors in the chocolate. Sake chocolates have recently become popular in Japan, but the focus of these is on the sake flavor itself, not so much the chocolate. Mr. Oishi’s creations are subtle, most people wouldn’t notice they even contain sake.

Daiginjo is a sake with a very rich bouquet and the roughly 14 percent alcohol content in many of these sake help to further enhances flavors. In this particular chocolate, the sweet citrus of the yuzu and slight spiciness of Japanese pepper stand out thanks to the complexity of the Daiginjo. 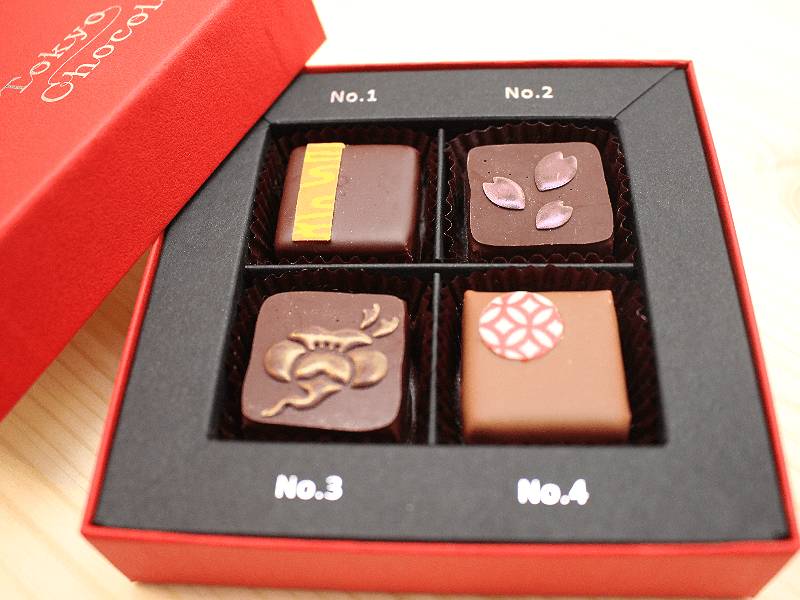 2. The sweetness of sake is perfect for chocolate

“Wine can be sour and tends to fight against the flavors in the chocolate. In sake, however, all five flavors — sweet, sour, bitter, umami, and dry — are well balanced complimenting the sweetness of the chocolate,” explained Mr. Oishi.

Oishi explained that sake not only works well as an ingredient, but also for pairing.

“I often drink sake as an aperitif. As I drink, I consider whether it would work better in a chocolate or as a pairing.” Mr. Oishi chose the sake used in his latest chocolate using this method. 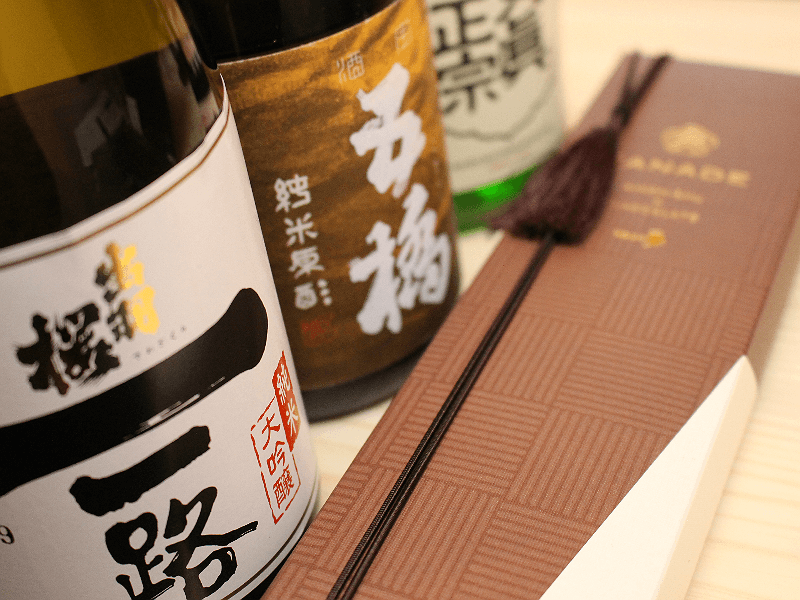 Mary Chocolate Company is said to be the first to introduce Western style Valentine’s Day to Japan. Now it appears they will play a part in introducing Japanese sake culture to the West.