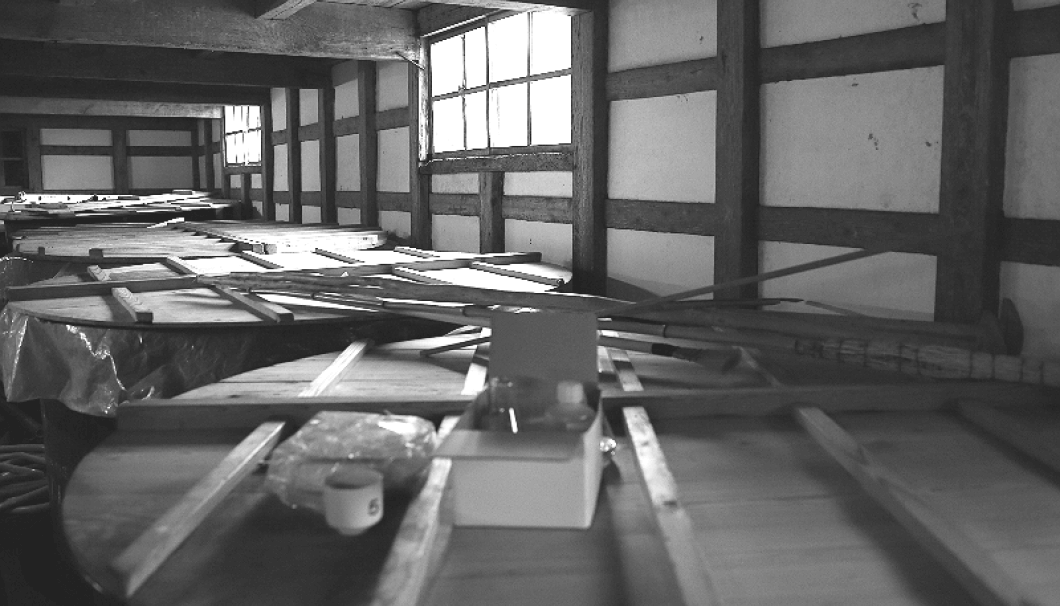 Kanzukuri (寒造り, “cold production”) is a technique hailing back to the Edo period (1603-1867), when breweries would brew sake during the winter alone, instead of year-round. Taking advantage of the cold and dry climate of the season made it easier for breweries to control the temperature of the moromi mash and avoid bacterial contamination. It’s a technique that predates modern technological advances in temperature control and air filtration.

Until the early Edo period, breweries would brew sake year-round, which was called shiki-jozo (四季醸造, “four-season brewing”). There were five seasonal sake styles: shinshu (新酒), aishu (間酒), kan-maezake (寒前酒), kanshu (寒酒), and haru-zake (春酒). But sake produced during the warmer months was prone to spoilage as the sake would ferment too quickly. On the other hand, sake brewed during the winter was highly prized and expensive due to its consistent and quality flavors.

The Tokugawa shogunate enacted regulations on sake production to prevent wasting precious rice and avoid sake going rancid. It banned brewing other than kanzukuri, which then became the mainstream method.

Breweries also saw the merit of focusing on sake production during winter. It was also easier to hire seasonal workers, mainly farmers who had finished their year’s harvest. Due to these factors, the kanzukuri system was refined and perfected during the period of 1700-1750.

While the practice of shiki-jozo resumed during the Showa era (1926-1989), many small and artisanal breweries still produce sake only in the winter.

Kanzukuri occurs from November to the end of January on the Japanese lunar calendar, around December to February in the Gregorian calendar. The weather in Japan this time of year is dry with little rain and minimal temperature fluctuations.

The kanji character “kan” (寒) in kanzukuri means “cold,” but it also refers to the month-long period from the fifth or sixth of January to the fourth or fifth of February. Incidentally, February 3 is Setsubun (節分), a holiday marking the last day of winter and the start of spring.