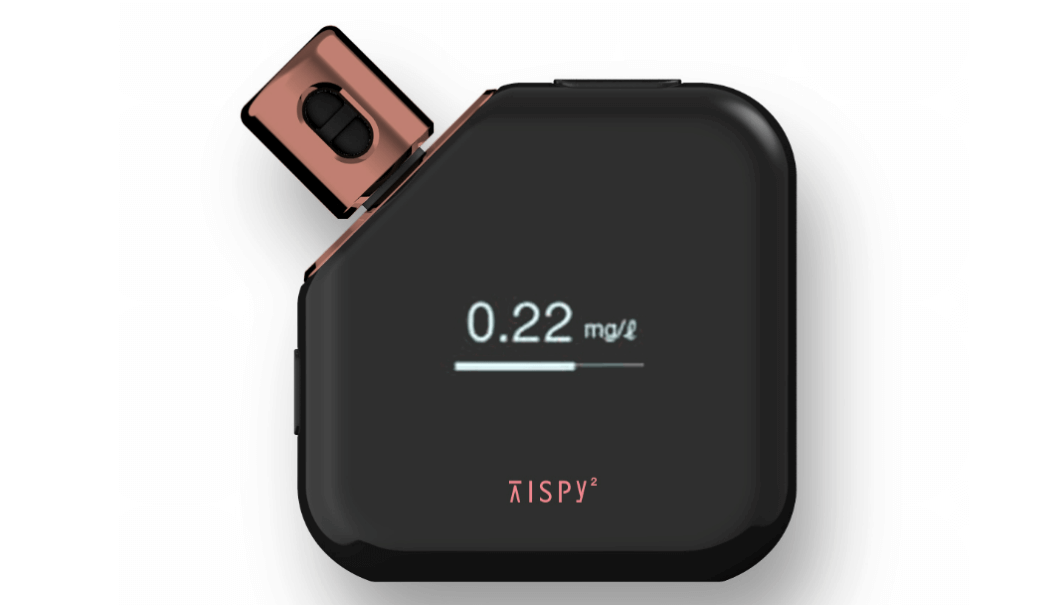 In the news this week: Far from a grueling endurance race, the Kikizake Marathon is a fun run full of costumes, food, and sake. Then, TISPY2 is an electronic drinking buddy who’s not afraid to tell you when you’ve had enough. Last, thanks to all the great dedicated sake fans out there, Sake Day is the most popular alcohol-themed holiday in Japan by a long shot.

The Echigo Kenshin Kikizake Marathon 2019 took place on November 3 in Joetsu City, Niigata Prefecture. This is the fifth time the fun run was held by the Joetsu Chamber of Commerce to help promote the area’s food and sake.

A record 528 runners took part this year, with many coming in various lively costumes of their own choosing. Prior to the run, a morning ceremony was held including a Costume Collection in which cosplayers could stand on the stage (a flatbed truck) and say a few words while showing off their wear.

The 15-mile course wraps around the area’s Kasugayama Castle ruins.

Along the route, stations provided runners with mochi rice snacks, barbecue, and even foot baths. After crossing the finish line, runners were welcome to gorge on regional foods and 15 brands of local sake.

No times were recorded, because at the Kikizake Marathon it’s not whether you win or lose, but how you taste the sake.

Stuff, a company based in Kadoma, Osaka handling product development, has begun selling TISPY2 this year. The device is designed to measure the user’s alcohol levels and warn them of over-drinking.

TISPY2 works like a standard Breathalyzer but is small enough to fit in a shirt pocket and can run on portable battery packs. It also stores past data on a memory card and with repeat usage, begins to learn the user’s drinking limits so it can give appropriate advice. TISPY2 will, for example, warn you if you’re drinking too much, faster than usual, or not getting enough water during a drinking session. It supports English, Japanese, Chinese and Korean.

TISPY2 sells for about 16,500 yen (US$150) and can be bought from Japanese online retailers like Amazon Japan and Rakuten.

Japan has many semi-official holidays dedicated to animals, hairstyles, Pokémon, and of course food. Alcoholic beverages are no different, with a bevy of days dedicated to all sorts of wines, beers, and spirits.

But to find out how much of an impact each one has on the public conscience, the Alcohol Culture Research Institute conducted the Sake Nomi no Mikata survey, asking nearly 100 frequent drinkers which special days they knew of. The holidays in question are as follows:

The list went on; Japanese culture has a lot of these days, most of which are based on some kind of pun around how the digits of the particular date are pronounced. Most of these unofficial holidays see couples and friends planning special outings and certain vendors offering holiday-appropriate sales items.

Sake Day, October 1, took the prize as most recognized of these alcohol-related holidays. Shochu and Awamori Day followed in a distant second. The Japanese public seems to love these punny holidays, and new ones are introduced all the time, to varying degrees of fanfare. November 11’s “Ladder Drinking Day,” named after the Japanese version of a bar crawl, has taken off over the last few years, for example. For the uninitiated, that holiday sprang up due to the way 11/11 kind of looks like a sideways ladder (it’s also Pokky Day, of course).

Sake Day also dominated in regards to observances. About 40% of respondents said they celebrated Sake Day by actually drinking sake.

It’s believed that the large awareness of Sake Day is a result of widespread campaigns like this year’s Kampai With Sake event held all over Japan. To learn more about similar future events, be sure to keep reading SAKETIMES, where every day is Sake Day.