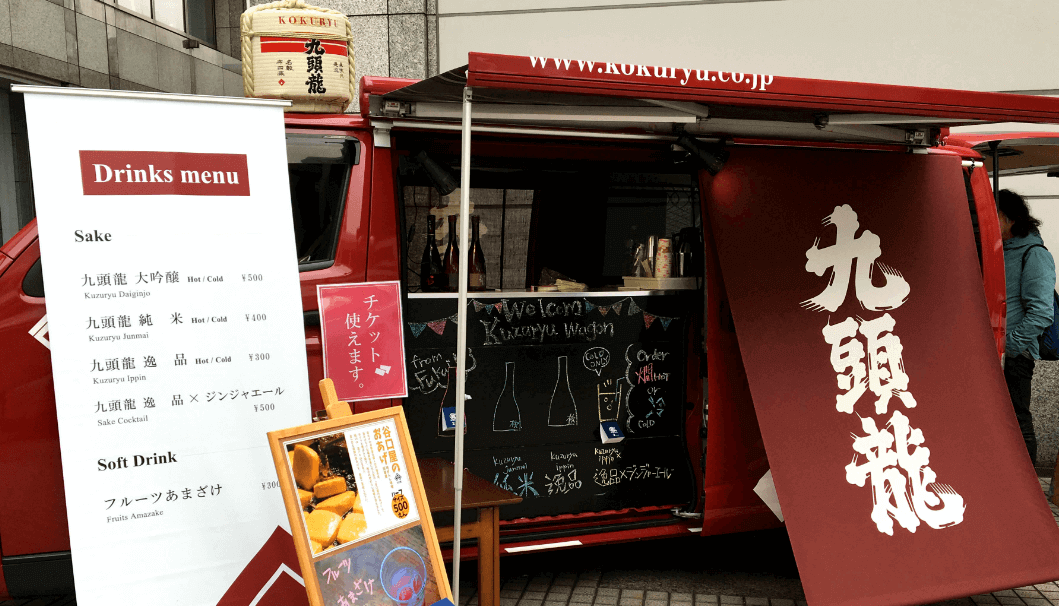 In the news this week: Sake takes to the road in Fukui with a Kokuryu Sake Brewery catering truck. Then, a southern beauty of sake gets an elegantly subtle makeover. Finally, a huge archeological find in Kyoto unearths the oldest look at sake brewing in Japan.

Kokuryu Sake Brewery in Fukui Prefecture has begun using a catering truck to offer their sake directly at events throughout the prefecture.

The sake-loaded Kuzuryu Wagon debuted in 2017 and had been used at about 30 functions. In Japan. Sake is often the drink of choice at opening ceremonies and other auspicious occasions like launch events in the country.

It wasn’t until the company took on an offer to supply the grand opening of a Ryusen Cutlery store in Echizen City last year that Kokuryu got the idea to turn the Kuzuryu Wagon into a full-scale business of its own.

Catering plans start at just 20,000 yen (US$182) per day and include a two-person staff and three types of sake. Prices vary mainly by the quality of sake ordered.

Now it’s never been easier to keep the sake flowing at any Fukui-area opening, wedding, or any other gathering in need of Kuzuryu Wagon’s unique services.

Iwate Prefecutre’s Nanbu Bijin (“Southern Beauty”) has announced new label designs for its many sake. These new labels have already begun rolling out from last November.

The labels are color-coded to make is easy to distinguish the different types such as junmai daiginjo and daiginjo. They also feature a minimalist layout with the Nanbu Bijin logo and family crest of the brewery’s owners.

The change is a part of brand-renewal efforts that also include the opening of new facilities. The brand additionally hopes that the simplified labels will make it easier for international sake fans to choose their favorite kinds. In addition to the new color scheme, English information is also printed on the back.

By making their sake more accessible to the world, Nanbu Bijin looks poised to build on their strong popularity in the sake world. 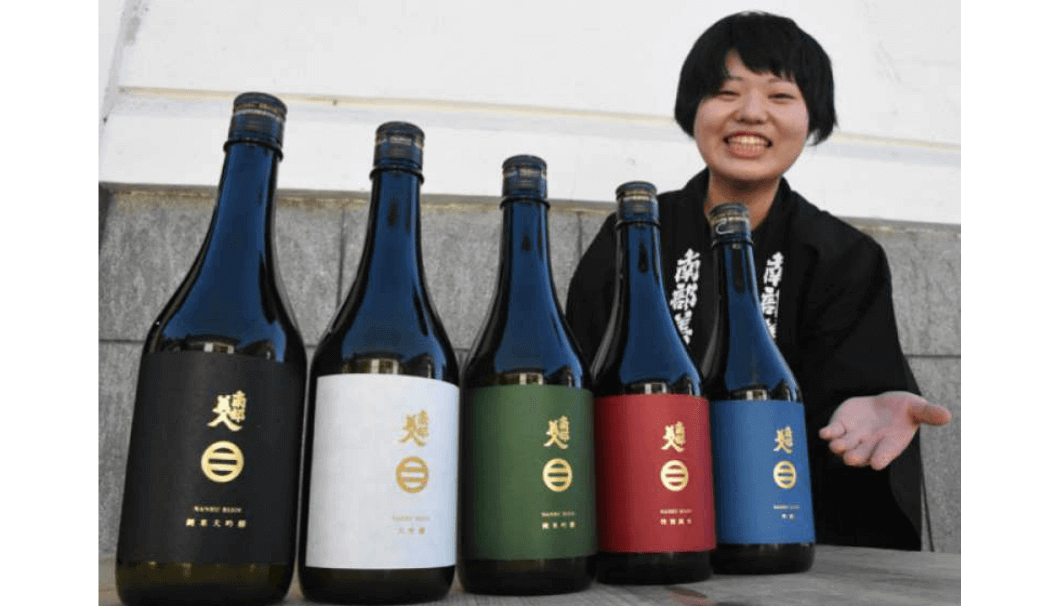 During a survey for a new apartment building, the remnants of a medieval sake brewery were discovered in Ukyo Ward, Kyoto.

Excavated were pieces of a leverage system known as funashibori, in which pillars and beams, carefully weighted and balanced with stones, are used to press the sake through cloth bags to filter it. The funashibori ruins also featured a large indentation for a pot to collect the filtered drink, as well as several holes to place individual jars for distribution.

The ruins were found on land that once belonged to Tenryuji Temple, which had been well-known for producing sake from around the 14th century. This, however, is the first physical evidence that such a business actually occupied the area.

With this find, the already historically significant Kyoto can now boast the oldest sake brewery in Japan.