In the news this week: Hats off to Chang Hung Liang for winning a sake sommelier’s highest honor. Then, SakéOne in the US is hoping you crack open one of their new canned sake offerings. Craft Sake Week returns with a cavalcade of best sake along with delicious meals from Japan’s best restaurants and shops around Japan.

In the final round of the 5th World Kikisakeshi Concour held on February 26, Taiwan national Chang Hung Liang earned the coveted title of World’s Best Kikisakeshi – or sake somellier.

He beat out a field of 349 contestants from Japan and abroad, passing qualifying rounds held at venues around the world. Due to the large number of entrants and their varied backgrounds, the event was split into two divisions: Food & Beverage Service and Retail Service.

Chang was among the ten finalists present at the Hotel Metropolitan Edmont in Tokyo, where he wowed judges and spectators with his practical skills and sake expertise in two languages.

In addition, Japanese kikisakeshi Hiroshi Numata won first place in the Retail Service division. Interestingly, Numata works in charge of exports to Taiwan suggesting a bright future in sake-related business between the two nations in the future. 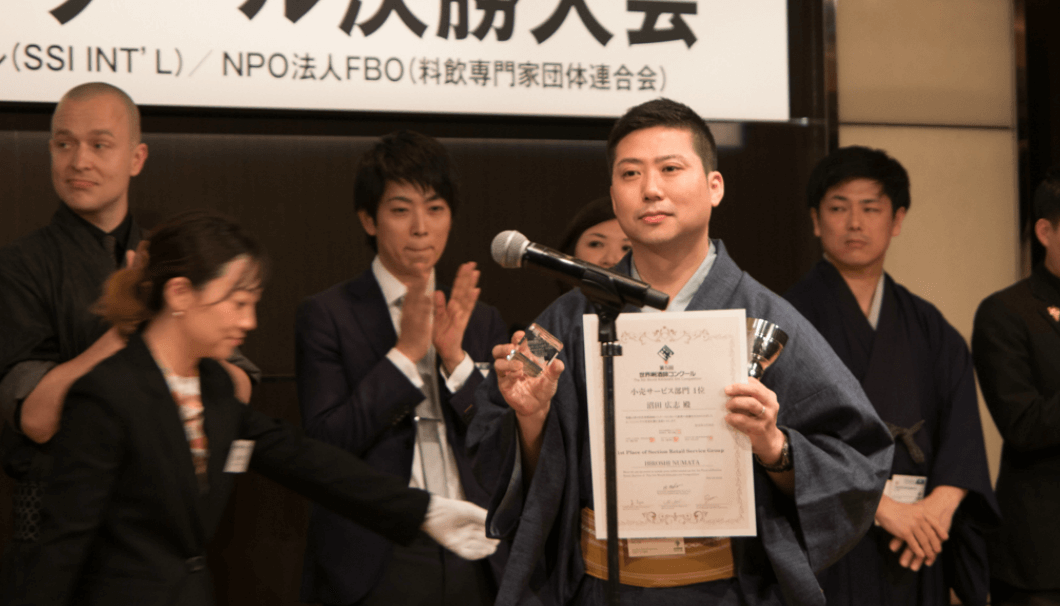 Hiroshi Numata, the winner of first place in the Retail Service division.

Trailblazing American craft sake producer SakéOne, based in Forest Grove, Oregon, announced the launch of two new types of sake, to be sold in cans. This is an effort to ease first-time drinkers into trying sake using the popularity of craft beers and canned wines in the US.

SakéOne’s medium dry Momokawa junmai ginjo, already available in bottles, will now come in cans with a pop-top similar to a beer. It will be joined by a new brand called Yomi, a junmai ginjo with a fruity profile.

With an aim to attract new fans, each can is adorned with eye-catching Japanese artwork.

These cans will go on sale in Oregon, Washington, and California this March and then be made available all over the USA later this spring. It’s a great opportunity for inexperienced sake drinkers to discover the joy of pairing a can of Momokawa with a cheeseburger. 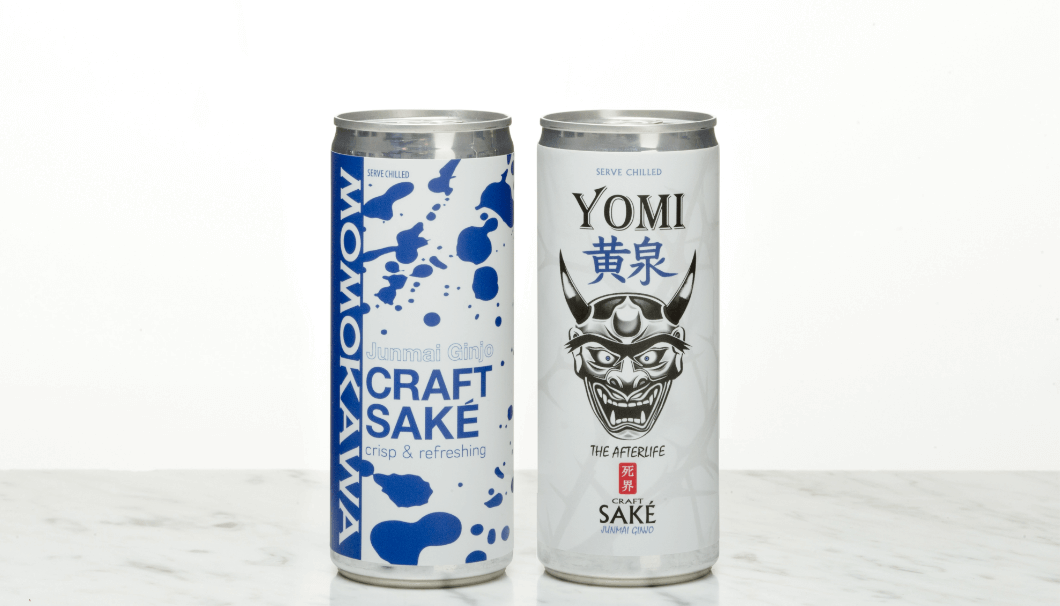 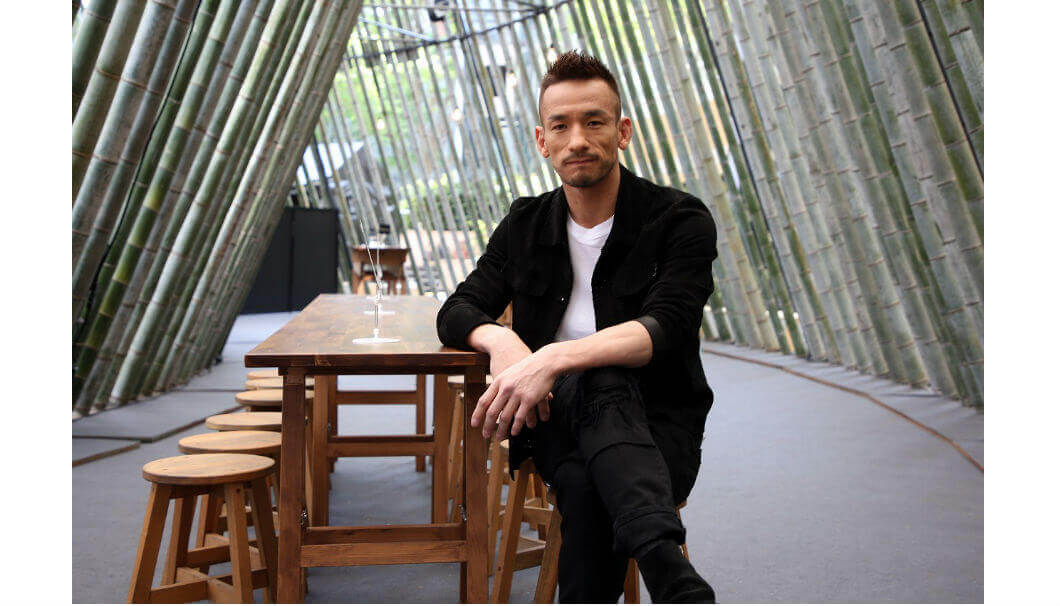 The JAPAN CRAFT SAKE COMPANY, headed by Hidetoshi Nakata, is holding its fourth annual CRAFT SAKE WEEK in the Roppongi Hills area of Tokyo from April 19. During this eleven day event, restaurants will be offering a selection of premium sake from 110 of the finest breweries in Japan, as chosen by a team of experts, including Nakata.

Every year the lineup of sake changes and this year will see 17 new breweries take part in CRAFT SAKE WEEK. Each day 10 breweries will be highlighted according to a scheduled theme. The first day will showcase sparkling sake. The next seven days will feature sake from different regions of Japan so people can begin to distinguish how the different climates and environments play a role in sake flavors. 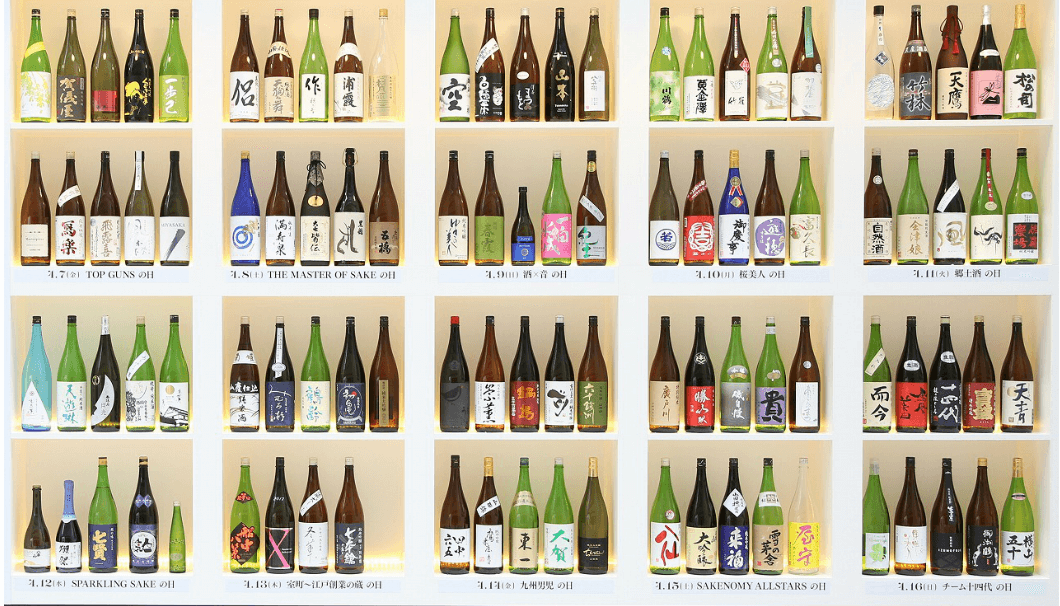 The ninth day will focus on the world’s highest-ranking brands that took part in Sake Competition 2018. The following day, all-star breweries from the app Sakenomy will be made available. The final day is set to be a celebration of Yamagata’s legendary Juyondai sake alongside other related breweries.

The overarching theme of this year’s Craft Sake Week is pairings with cuisine from around the world served up by some of Japan’s best restaurants.