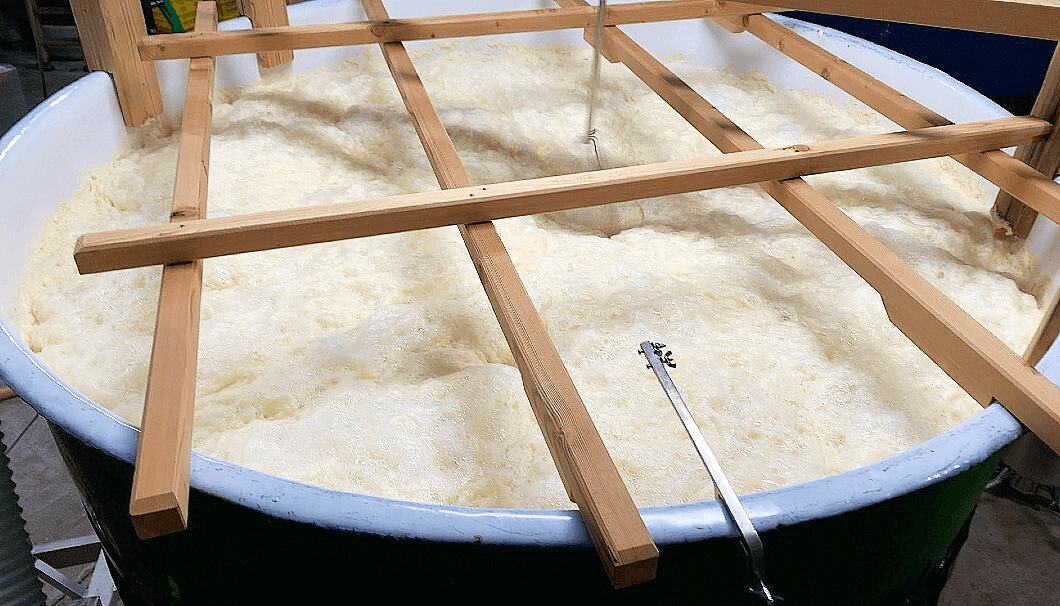 Here’s what makes sake fermentation different from other beverages

Sugar and fermentation are key to sake brewing

To produce alcohol beverages, the raw materials are broken down to create glucose sugar, then this glucose is transformed into alcohol. These two key processes are called saccharification and fermentation.

Wine-making doesn’t require saccharification as wine grapes already contain glucose. Brewing without the saccharification step is called “simple fermentation.” The same method is used to make cider from apples and mead from honey.

To make grain-based alcoholic beverages like beer and sake, the brewer must first convert the starch in the raw materials to sugar.

In beer-making, the barley starch is broken down using maltase, a saccharification enzyme contained in malt, to produce wort, a sugar-containing liquid. The next step is to ferment the wort to produce alcohol. This process is called “multiple sequential fermentation,” as saccharification and fermentation proceed in separate stages.

Inside the brewing tank, koji enzymes called amylase saccharify the rice while the sugars ferment to produce alcohol in two parallel chemical reactions. Compared to simple fermentation and multiple sequential fermentation, sake fermentation produces a lower ratio of sugar, which reduces the stress on the yeasts. This leads to a higher percentage of alcohol in the finished brew compared to some other beverages.

Although sake isn’t distilled, it contains an average 15-16% alcohol, which is higher than wine, beer and other similar brewed beverages. This is due to multiple parallel fermentation, the unique process used to make sake.