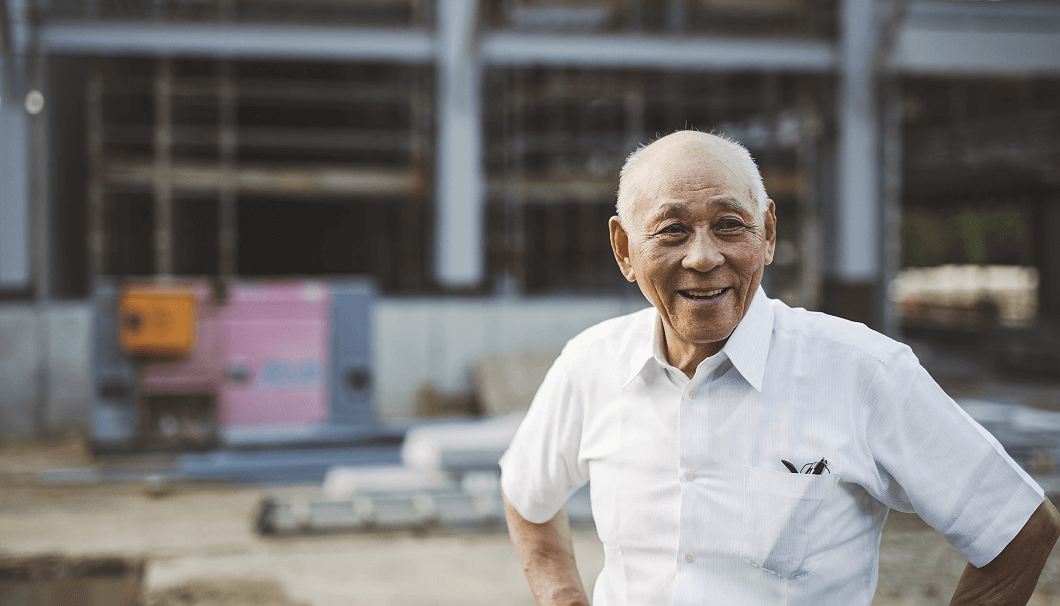 In Japan’s Ishikawa Prefecture there resides a brewmaster revered as a living legend in the sake world. His name is Naohiko Noguchi, and he’s been making sake for over seven decades. This stellar career has seen Noguchi put in time as brewmaster at Kikuhime Brewery and Kano Sake Brewery, as well as play a leading role in reviving the yamahai brewing style once in danger of dying.

Following a two-year retirement, Noguchi returned to brewing determined to pass on his knowledge, experience and brewing spirit to the next generation. With this goal in mind, he founded his own brewery in 2017, the Noguchi Naohiko Sake Institute, located in the rural environs of Ishikawa. SAKETIMES took a trip to the brewery to learn more about this master craftsman’s approach to the art of sake-making.

Training the next generation of brewers

“I kept receiving fan mail even after I retired, and I didn’t want to let those fans down,” explains Noguchi. “I wanted to make a positive impact on the industry before retiring.” This was the impetus for Noguchi’s return to sake.

His intriguing choice of brewery name, Noguchi Naohiko Sake Institute, reflects this aim in two ways: Firstly, the idea of an “institute” suggests research; a nod to Noguchi’s restless curiosity. Secondly, it indicates that the next generation of sake brewers can learn their craft by studying Noguchi’s teachings.

“A brewmaster needs to have a clear set of policies, and must express their ideas fluently to the other brewers,” says Noguchi. “If there are questions, the brewmaster must be able to answer them immediately. A person who cannot do this is not a brewmaster. For this reason, I’m keen for my brewers to ask me about any point they’re not clear on.”

Staying true to his own maxim, Noguchi was personally involved in the design of his brewery from the very beginning. The facility is set up to ensure a smooth and efficient workflow while actively incorporating the latest sake wisdom. Noguchi elaborates: “I want the brewers to maintain a creative approach to make sure we do not waste time and energy on unnecessary tasks.”

Apart from Noguchi himself, there are currently seven other brewers living and working at the Noguchi Naohiko Sake Institute.

When the brewery began accepting applications from the public, they were overwhelmed with the response — a testament to Noguchi’s stature in the sake community. But Noguchi didn’t have his sights set on veteran brewers. In fact, some of the current crop are young enough to be Noguchi’s grandchildren, and include those recruited without any previous sake-making experience.

The earliest shift at the Noguchi Naohiko Sake Institute starts between 3-4 am. By 4:30 am, all the brewers on the clock that day will have started their shift. After breakfast at 6, the brewers steam the rice, then carry the steamed rice to the koji inoculation chamber at 8 o’clock sharp. Every day follows the same routine. Work finishes at 5 pm, with a break permitted during the day. In the evening. The brewers then converge in the canteen for dinner.

Noguchi participates directly in the key stages of each brewing process, checking the progress of the rice and koji himself. Drawing on his many years of experience, Noguchi adapts to daily variations in air and water temperature to make sure the sake brewed here adheres to his vision.

During our tour, Noguchi stops by the rice steamer and grabs a handful of freshly steamed rice for inspection. As if mirroring his actions, the other brewers likewise touch the rice, try it for themselves, and share a few words with Noguchi to gauge his assessment.

At the koji preparation stage, Noguchi strips half-naked and vigorously rolls the koji spores into the steamed rice: “I adjust my method and the amount of koji depending on the type of rice and its condition at the time. For daiginjo sake, it’s good to have two koji spores attached to one grain of rice.”

Noguchi’s lesson: lose yourself in brewing

One of Noguchi’s policies is to split his brewers into two-person teams.

“I want them to understand how to adapt to their teammate. If a brewer won’t adapt to others, the work will become muddled.” Noguchi refers to this concept of “adapting to others” several times during our interview. This, we learn, is a key element of his brewing philosophy.

“The most important quality of all in a brewer is that they follow the brewmaster’s instructions to the letter. When working under somebody, obedience is essential. Even if you think the instructions are not correct, you must keep that feeling to yourself. The true period of learning starts when you become a brewmaster yourself.”

Noguchi ascribes this approach to lessons learned from his father, who was himself a brewmaster.

“Some elements of a brewmaster’s approach may be good, and some may not be good. If you think what you have learned is worthwhile, you can put that into practice when you become a brewmaster yourself. For this reason, it is best to study under three different brewmasters before taking on the role yourself. No matter how skillful a mentor may be, it’s never a good idea to study under just one person.”

Noguchi’s concept of adapting to others isn’t just limited to co-workers however. It also means understanding the condition of the ingredients, such as the rice, as well as the microbial cultures that drive the fermentation process, and adjusting accordingly.

“The quality of the rice is different every year. If you don’t adapt your technique accordingly, your sake will be all over the place. Likewise, if you try to force your will on the microorganisms, your sake won’t be any good. The important thing is to be flexible and to adapt to the needs of the koji and the yeast. You must let go of your ego completely, otherwise the sake will reject you. There aren’t many people who can devote themselves fully to sake. Most never really understand what sake-making truly is.”

This is the essence of Noguchi’s approach: adapt to the rice, adapt to the microorganisms, adapt to other people. See things from the other side’s perspective, not your own.

This approach is also reflected in Noguchi’s approach to his customers: “If you don’t understand what people want to drink, you won’t be able to put your sake out into the world.” Even now, after garnering many years of experience, Noguchi still actively attends study sessions and reads research papers, always aiming to keep his customers reaching for a refill.

“Even after studying your whole life, you will never understand everything. The point is to try and get as close as you can. I want people to let out a sigh of contentment after drinking my sake. That’s the goal for me.”

Despite all his accolades, Noguchi retains his restless curiosity and pure dedication to the craft of brewing. His ethos remains rooted in a fundamental concept of selflessness, reflected in his tireless efforts to pass on his wisdom and knowledge to the next generation.