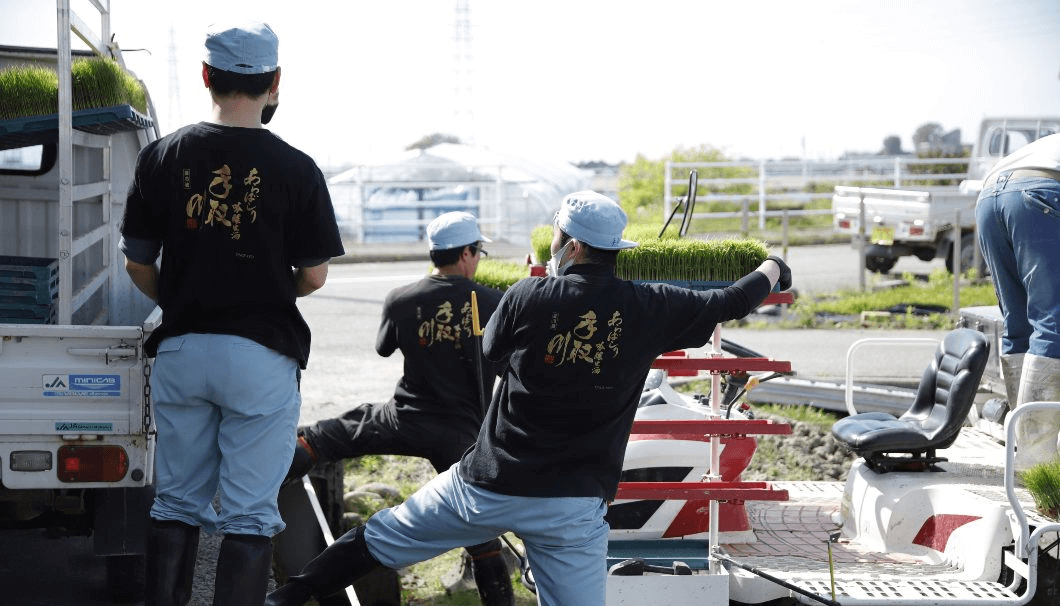 A Brewery Gives Back to Nature and Community With Sustainable, Local Brewing

Yet many breweries, while often located among verdant, picturesque surroundings just as advertised, fail to make the most of the natural bounty at their doorsteps. Yoshida Sake Brewery in Ishikawa Prefecture, however, recently shifted gears in a quest for oneness with nature through local, sustainable brewing — making good on sake’s potential to coexist with, and even give back to, the natural world that makes it all possible in the first place.

Founded in 1870, Yoshida Shuzoten, or Yoshida Sake Brewery, finally incorporated in the 1950s, right around when sake production began to evolve into a more mechanized, technology-driven form. This revolution in sake-making led to higher quality sake and year-round brewing, but marked a fork in the road that saw breweries gradually drift away from tradition and craftsmanship.

Over time, for many breweries, it also saw a weakening of ties with the surrounding community as they began to bring in crucial ingredients like sake rice from far afield rather than relying on local farmers. Meanwhile, the technologies enabling year-round brewing, particularly advances in refrigeration, proved electricity-hungry and detrimental to the environment.

Yoshida Sake Brewery, a family-run business like many small and medium-sized sake breweries are, began to look for a return to tradition and the community connections sake makers had historically maintained under its previous president Ryuichi Yoshida.

The elder Yoshida made the crucial decision for the brewery to use less Yamadanishiki sake rice in favor of locally-grown varieties. Yamadanishiki, while ubiquitous in sake brewing and so renowned for its quality that it is described as “the king of sake rice,” has to be brought in all the way from another prefecture.

Yasuyuki Yoshida, the young current president of the brewery, took up the mantle in 2020 and accelerated these efforts for a return to community. In 2014, Yoshida Sake Brewery formed a “Sake Rice Promotion Association” with local growers to stimulate sake rice agriculture in the area.

“Local farmers were aging into retirement,” Yoshida says. “The fields near the brewery were going fallow. A little further out, big shopping malls, a Costco, and factories were going up… That raised the possibility that the area’s water, the lifeblood of sake brewing, could become contaminated.

“We knew it was crucial to devote ourselves to local rice to protect our area’s nature and continue making sake,” he concludes.

Now, around 40 area farmers grow four varieties of sake rice for Yoshida Sake Brewery, including the well-known Gohyakumangoku breed, helping agriculture to flourish in the region and hopefully staving off the encroachment of polluting industry.

But Yoshida didn’t want his relationship with local growers to stop at a simple, impassive business transaction.

“In 2017, we started sending some of our brewing staff to work the fields with local farmers,” Yoshida says. “We wanted them to experience the difficulties of rice growing, so they can better understand the cultivation process.”

During these internships, the brewers even live with the growers and help to plant crops. They then return to the brewery not only armed with a new and deeper knowledge of rice and its cultivation, but also with opinions and feedback from the farmers themselves.

Through this process, the farmers “have become more approachable and more attached to the product, knowing what kind of sake their rice is going to make,” Yoshida adds.

A closer relationship to growers has proven a win for all involved around Yoshida Brewery’s small-town homebase of Hakusan City, Ishikawa. Growers and brewers alike are able to work in harmony to produce better sake, but the alliance is also helping to preserve the area’s natural beauty and, in turn, one of Yoshida Sake Brewery’s other key ingredients: water.

“One of our sake’s most recognizable characteristics is its minerality,” says Yoshida. “Our goal is to produce sake that can only be made here in Hakusan.

“We use water from Mt. Hakusan and brew with the traditional Ishikawan brewing method known as ‘yamahai’,” he elaborates. Yoshida also points out the area’s unique topography, and the way that sand and small stones washed downriver from Mt. Hakusan embed into the soil, contributing their minerality to the area’s sake rice.

Opinions vary on how much of an impact a sake’s terroir — or “local character” — can have on the finished product’s actual flavors, but Yoshida’s focus on coexistence with the local community and the natural environment certainly seems to be a contributing factor to the brewery’s signature mineral flavors.

Yasuyuki Yoshida has also taken it upon himself to improve sustainability at Yoshida Brewery. Young, and a bit of a world traveler, Yoshida says he gained greater awareness of climate change during his years abroad, and has committed himself to making sake more ecologically sound.

“Recently, the quality of sake has been improving throughout the industry,” Yoshida says. “Good sake is available anywhere, anytime. In Japan, you can even drink unpasteurized sake throughout the year. But the cost is the tremendous amount of electricity being used.”

Sake must be strictly temperature-controlled throughout the brewing and delivery process. Historically, this meant brewing sake during the cold months. Modern, year-round brewing, though, solves the problem through power-hungry refrigeration, blasting the brewery and delivery trucks with cold air around the clock. The environmental impact of all this refrigeration is unsurprisingly massive and, Yoshida says, unsustainable.

“I have a dream of providing Yoshida Brewery with its own renewable power sources,” Yoshida muses. “We tried solar power, but Ishikawa Prefecture’s weather isn’t suitable and we weren’t getting enough energy. Instead, we committed to purchasing our electricity from an eco-friendly power company.”

Yoshida says the brewery has also made its electricity consumption more visible, installing a system that reports on energy usage every 30 minutes and blares an alarm when consumption goes over a set limit.

The brewery is also making changes to its storage cellar and brewing rooms. “We used to use more air conditioning,” Yoshida says. “But now we’ve improved ventilation to reduce this need.” He points out that even a one degree difference can have a massive impact on electricity consumption.

Yoshida Sake Brewery is doing what’s within its power to reduce its environmental impact and return sake brewing to a more symbiotic relationship with the natural world. Mr. Yoshida himself seems intent on leading the charge and setting an example for breweries around Japan. He’s begun working with a local conservation group to donate some of Yoshida Sake Brewery’s proceeds to the protection of Mt. Hakusan.

The company also holds community outreach events, including a photo contest that encourages local community members to photograph not only the area’s natural beauty but also to depict the ugly effects of pollution and environmental damage in an effort to increase awareness.

A commitment to making sake in balance with nature has paid dividends for Yoshida Brewery. A 2015 documentary, The Birth of Sake, chose the humble family business as its focal point, following Yoshida’s brewers as they demonstrate the highly traditional methods used to make their product.

Interest from abroad followed. Consumers from far and wide wanted Yoshida Brewery’s sake and it might have been tempting for the company to ramp up production to fulfill this new demand.

But that would have betrayed the company’s philosophy of living in balance with nature and focusing first on their local community.

“About 5% of our output is the max we’re doing for international sales. I don’t think we want to go above that,” says Yasuyuki Yoshida. “To make it locally and have it consumed locally, that’s the ideal.”

HOME > A Brewery Gives Back to Nature and Community With Sustainable, Local Brewing