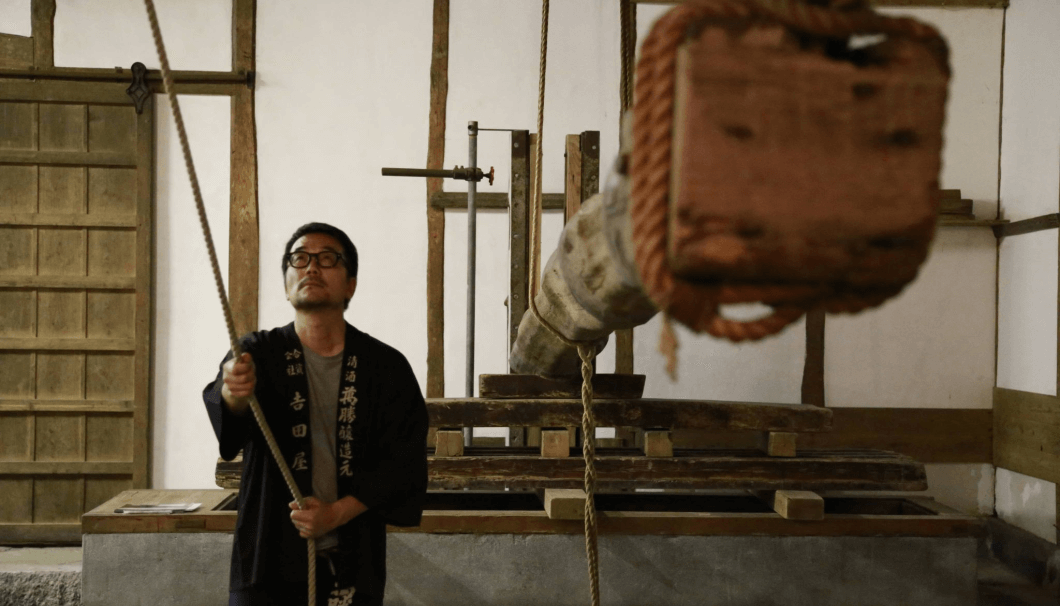 Sake breweries are centers of tradition and craft, but they’re also businesses. The industry’s complicated economy means even the most beloved breweries risk going under if they can’t master the equation of production volume and sales.

Even so, some nanobreweries are finding a niche and staying alive with output far below that mark.

Naturally, breweries need sales — lots of sales, in fact — to stay afloat. As John Gauntner, international sake expert and educator, tells SAKETIMES, “just to pay the electric bill, pay your staff, and buy rice you need at least the revenue from 700 koku.”

That’s a veritable deluge of sake, essentially just to break even. But, whether out of necessity, passion or eccentricity, some nanobreweries are trying their hand swimming against the current.

Three of Japan’s more notable nanobreweries, all producing  less than 100 koku (18,000 liters) a year, talk here about the challenges they face, their techniques for survival, and what the future holds.

Sugihara Shuzo in Gifu Prefecture is the creator of the Ibi label. The brewery is a family affair, with current kuramoto (owner/manager) and toji Yoshiki Sugihara and his father doing all the brewing with occasional part-time help. Annually, they produce just shy of 11,000 liters, or about 6,000 bottles. As Mr. Sugihara laments, “It’s not enough to eat on.”

Sugihara means this rather literally; the family still depends on home-grown vegetables to fill their pantry. Even so, Sugihara says he won’t increase production. “My only real goal is to keep the brewery alive,” he says. “Not to earn money. We’re at a level where we can focus on the details, which is what keeps us going. We can make the sake we want, and still have time to do other things.”

One of those other things is rice farming. Sugihara brews all its sake from one locally developed rice variety, called Ibi no Homare. The family partnered with the Gifu agricultural technology center and two local farmers to develop and grow the rice, and Sugihara is now the only brewery in Japan using it. “I help the farmers in the summer when I’m not brewing, and together we’re working on selling more,” Mr. Sugihara says.

Rice farming helps to supplement sake brewing income, but one of the brewery’s main money making initiatives is commercializing its sake kasu, the mass of lees or solids left after pressing sake from the fermentation mash. “We use a traditional fune press, and the kasu is quite soft,” Sugihara says. “It’s actually tasty enough to just eat on its own. We want to use that, so we’re building an Ibi sake kasu brand for sweets and foods at local shops.”

Only two people run Shintani Shuzo in rural Yamaguchi Prefecture: kuramoto Yoshinao Shintani, and Fumiko Shintani, his wife and the brewery’s toji. They work year-round to produce the Wakamusume label, and right now are making 80 koku (about 14,000 liters) a year. “It’s difficult to survive at this level, so we do want to increase production. We’ve bought bigger tanks, but our main problem is that we don’t have enough people to help use them,” says Fumiko. “We can’t even find any part time workers to help out.”

The shortage of staff isn’t the only issue. “We also don’t have the financial resources to buy the equipment we want, or to spend on promotion,” Fumiko says, resulting in a financial catch 22. They can’t invest in their business without greater income, but their income is limited by the lack of investment.

“We have started using one bigger tank from June,” Fumiko explains. “And it’s equipped with a cooling roll so it’s better for temperature control.” But without more staff, the increased size makes it even more difficult to keep working smoothly.

Despite the difficulties, though, Shintani’s skill at brewing has brought more recognition than many much larger companies. Wakamusume Kakitsubata Junmai Daiginjo won platinum at France’s Kura Master awards in 2020, and Gold at the Annual Japan Sake Awards 2021. Wakamusume Hisshoku also took Gold at the Hiroshima Regional Sake Awards in August of 2020. The resulting attention meant that even with the pandemic pushing down sake sales nationwide, Shintani’s sake still sells out within days of delivery. On the other hand, the increased demand is also increasing the pressure.

“Being small means we are more agile,” Fumiko says, and that agility allows her to brew the kind of sake she wants, when she wants. “But if we want to succeed as a business, we have to grow production.”

Standing Out through Flower Yeast

Yoshidaya Shuzo of Nagasaki Prefecture makes around 16,000 liters a year under labels including Bansho and Hanegishibori. “There are lots of issues at this size” says kuramoto/toji Yoshiaki Yoshida. “We don’t benefit from scaling, so our costs are high, and equipment deficiencies put a lot of pressure on our staff.”

The brewery has just five people on staff, including Yoshida and his wife. “I would like to expand production to around 200 koku (36,000 liters) … but that would be hard with a lot of our old equipment.”

Yoshida doesn’t necessarily want to replace that equipment, though.

One example is the brewery’s hanegishibori sake press. Hanegishibori is a traditional style of pressing that uses a weighted wooden beam as a lever to squeeze the sake mash bags where more modern setups rely on hydraulics. The process takes about two days, much longer than mechanized pressing. But, Yoshida says, “The ‘hanegi’ puts less stress on the mash so the sake we get is much more delicate. It’s one of the key characteristics of our sake.” This has also helped the brewery to set itself apart and create an identity to help it survive.

Another major part of the brewery’s identity is its yeast.

Yoshidaya is one of Japan’s few breweries using only flower-derived yeast. “I started using flower yeast because my teacher at university helped isolate one of the first [strains],” Yoshida says. “At first it was just for a few styles, but eventually we shifted to flower yeast for everything.”

Yoshida now uses yeast from seven different flowers, including sunflower and cherry blossom. “Each has its own unique characteristics,” he says, which he leverages to create distinct sake profiles and help strengthen the brewery’s unique identity.

“Focusing on these details is what keeps us afloat,” he says.

These breweries, facing as they do the pressures of survival, all expressed in different words the idea that their small size offers freedom that other breweries lack.

As Yoshidaya Shuzo’s Yoshida says, “We may not make much profit, but we are able to brew the way we want. We think sake brewing should be fun, not just a way to earn money.”