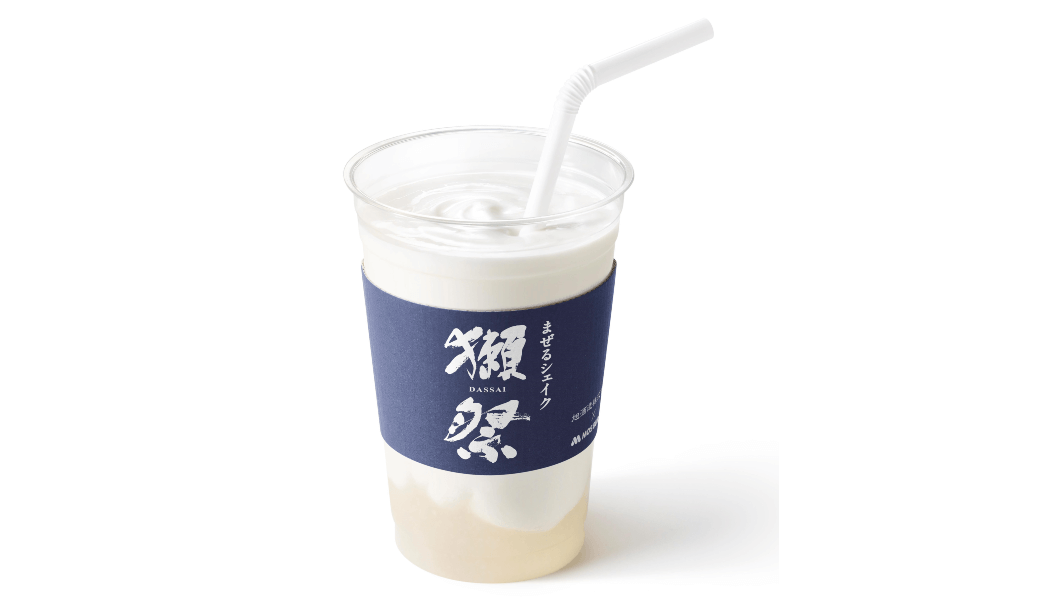 In the news this week: A sake-flavored milkshake returns to Japan’s Mos Burger fast food chain. Then, a free online service finds anyone’s perfect sake match without ever tasting a drop. Last, a former Japanese idol leaves show business and enters the sake business with her own startup.

This milkshake is a combination of Mos Burger’s standard vanilla flavor mixed with the globally popular Dassai sake brand from the Asahi Shuzo brewery. The shake uses the non-alcoholic Dassai Amazake made with 50% polished Yamadanishiki rice, and is further enhanced with a special sauce that has the sweet flavor of the saccharified rice used in sake brewing.

The startup Sake Street in Tokyo has developed a free online service that can help anyone find the best choices among thousands of brands of sake to suit their tastes, even if they’ve never even tried sake.

The service, called Sake Navi, is the result of a team-up between Sake Street and University of Tokyo professors who specialize in the science of taste. First, with the aid of 27 certified sake experts, commercially available brands were divided into 12 categories based on their flavor profiles. This way, the developers were able to ignore traditional jargon like “junmai” or “daiginjo” and other factors like production region to focus solely on flavor.

Questionnaires were given to approximately 500 individuals during development to establish a database. Users of the service answer a few  questions that take about a minute or two to complete, and with the aid of machine learning, the answers are used to recommend a starting brand for any would-be drinker.

Sake Navi was developed to assist people who are curious about sake but don’t know where to start among the over 10,000 brands by more than 1,400 breweries on the market. It is free to use and requires no registration. It’s still in beta, but the developers say it will be fine-tuned with the aid of more data. After more development, Sake Street hopes to build on the service by adding multilingual support, subscription services, and events.

Yui Saketen aims to appeal to sake drinkers of all ages and walks of life, but also hopes to stand alone with its unique selection of sake that’s geared towards enjoying at home. Takano herself selects the brands, with a focus on sake from breweries with young or woman head brewers.

Yui Saketen’s first project is a partnership with Abe Shuzo in Kashiwazaki City, Niigata Prefecture to create original sake. The former idol is involved throughout the brewing process to ensure the sake has mass appeal and is delicious from the first sip.

Takano performed with NMB48 from 2011 to 2015 and continued to work in entertainment on her own afterwards. In 2018, she developed an interest in sake and earned a Sake Diploma expert certification from the Japan Standards Association in 2020. In 2021, Takano announced her resignation from show business on Sake Day (October 1) and started to focus full-time on the Yui Saketen project.